Large golf gatherings have been on hold during COVID, but the long and rich history of the AMA (NSW) Golf Society suggests golf events will be back.

THE AMA (NSW) Golf Society had its beginnings early in 1989 following the election of Dr Bruce Shepherd as AMA (NSW) President the previous year.

Bruce was a perfectionist in every aspect of his life, obsessive about being fully informed of the workings of any group or organisation he led. This entailed a thorough inspection of the AMA (NSW) offices in St Leonards accompanied by his newly appointed CEO, Laurie Pincott. During the inspection, his attention was drawn to a very impressive silver trophy buried in a dusty corner of the office storeroom. He asked Laurie to ascertain its history.

The trophy, a large silver cup on a timber base, was the Rutherford-Darling BMA Cup. The Cup was donated to the association, formally known as BMA (NSW) in 1936 by a London physician, Dr H.C. Rutherford-Darling as a memento of the many friendships he made during his teaching tour of duty in Australia, and particularly the happy memories of the many opportunities he had to play golf with his hosts. In presenting the trophy he requested that the Cup be contested on an annual basis by members of the medical profession who must be members of the BMA (NSW). He insisted that the competition should be a Par event.

Bruce was so impressed by the significance of the gift that he asked Laurie to determine the current status of the event and ensure that the tradition was not lost in time. Bruce also suggested that an AMA (NSW) Golf Society be formed to ensure continuity of the event. Bruce’s directions were, as always, specific and unambiguous. He wanted the Golf Society to operate under the corporate umbrella of the NSW Branch of the AMA, insisting that it be funded by a separate modest membership fee for doctors who wished to be involved in social golfing with colleagues. His view was that while there were a number of AMA members who were keen golfers, there were certainly many members who were not, thus ensuring no valid criticisms from the latter group.

Laurie undertook the task, ably assisted by the branch’s Communications Manager, Chris Thomas and the committed group of doctors who had ensured the survival of the event over the years, Drs Jack Burkhart, Neil Moroney and George Thomson.

Within a brief period, the Society had achieved a membership over 300. Events created, in addition to the BMA Cup, were the President’s Cup, the Autumn and Spring Cups and the International Shield.

Support of these events rapidly increased, due mainly to the promotion of the Golf Society through articles in The NSW Doctor and word of mouth within the profession amongst the golfers.

Following sustained approaches by Society members, a category of Associate Membership was created. This was introduced to include partners of AMA members, representatives of AMA commercial partners, legal advisers, auditors/accountants and other associated groups.

The success of the Society also ensured that significant regular donations were made to the AMA Charitable Foundation which was established as an initiative of the Golf Society.

Bruce Shepherd soon became aware of the penetration and success of the Society and showed his support for its impact by donating a very significant perpetual trophy to be known in memory of his parents as the Albert and Mary Shepherd Trophy. Following Bruce’s death in 2018 the Golf Society Committee agreed unanimously to rename it The Shepherd Trophy.

AMA (NSW) Board of Directors 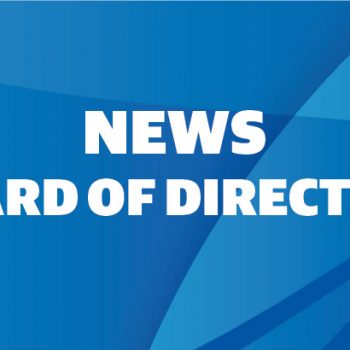