AS FIGHTING rages in Mosul, Iraq, civilians are caught in the middle with limited access to lifesaving medical care.

Since the offensive to retake the city of Mosul from the so-called Islamic State started last October, hundreds of thousands of people have been displaced and those who remain face extreme difficulty reaching healthcare. Many have been wounded or killed, often as the frontline moves through their neighbourhood.

Since the start of the offensive, Médecins Sans Frontières (MSF)/ Doctors Without Borders has boosted its activities, offering lifesaving stabilisation, emergency medical care and surgery in several locations both within Mosul city and in the surrounding areas. Around half of the 1135 patients treated by a single MSF project in a six-week period have been women and children and the vast majority have suffered war wounds.

“We are seeing every kind of war injury you can imagine – multiple gunshot wounds, blast injuries and severe burns. We are trying our best to deal with the medical effects of a high-intensity urban war unleashed on a trapped population,” said Jonathan Whittall, who recently worked as Field Coordinator in Médecins Sans Frontières’ field trauma hospital to the south of Mosul.

“There is a near constant flow of patients and every single one comes with horrific stories. An entire family killed, with only one survivor. A baby arrived with a bullet wound. A severely malnourished 21-year-old man with a blunt trauma to the head from a rifle butt was stretchered in.”

As well as the countless directly wounded, the severe disruption to the healthcare system has left many others unable to access desperately needed medical care, including people with lifethreatening conditions such as heart disease, or pregnant women in need of emergency caesareans.

In a hospital in East Mosul, Médecins Sans Frontières runs the emergency room, operating theatre, maternity and inpatient department. An average of 35 to 40 babies are born every week.

Dr Kevin Baker, an anaesthetist from Darlinghurst in Sydney, recently spent a month working in the Médecins Sans Frontières’ trauma hospital to the south of Mosul.

“At first, we were almost overrun by the numbers. After an initial triage process we received the code-red patients – those with gunshot wounds to the chest or abdomen; people who had typically lost a lot of blood. Near-death experiences basically. On one day we received 100 patients, but 40 to 60 patients was a fairly typical day.”

Because of the sheer numbers and the time constraints, Dr Baker said they were
only able to do damage control surgery. If the surgery was expected to take more than 1.5 hours then the next person waiting wouldn’t make it, so they worked on the principle of ‘doing the best for the most’. The aim was to stabilise patients before transferring them to another MSF facility in safer grounds where they could have more surgery.

It’s not the first war zone Dr Baker has faced. His first mission was in 1997 Sri Lanka. Since then, he has been on 17 assignments with Médecins Sans Frontières.

“I knew over 30 years ago that I would one day work with Médecins Sans Frontières. But like many, I became lost in the responsibilities of daily living. I believe we have a collective responsibility to shoulder some of the suffering of others. Médecins Sans Frontières persists in advocating for the voiceless and does so whilst remaining independent, neutral and impartial.”

Dr Baker said it can be as difficult on loved ones, as it is on volunteers.

“Médecins Sans Frontières has become my ‘raison d’etre’, providing a rare honour to bear witness. There are possible negatives to this work. We must accept some level of risk, and, as individuals, we may sometimes appear almost selfish to our loved ones with our constant departures to the field. But we make a difference.”

According to Dr Baker, the facilities in Mosul were remarkable, with all the required surgical and anaesthetic equipment.

“There’s one operating theatre in a shipping container on the back of a truck, which is claustrophobic at first, but just brilliant once you get used to it. Then there’s a second operating theatre in a tent and a recovery room with an intensive care unit, where we would maintain patients before transferring them.

He said the injuries were predominantly gunshot wounds – and there was a remarkable number of children under 15.

“Many of these kids weren’t hit by a stray piece of shrapnel – but appeared to suffer sniper wounds. It seemed they had been intentionally hit. That was the most traumatic thing about this field placement: kids being shot, even toddlers being shot. That was an emotional experience for the team, and there were plenty of tears shed, including my own.”

Dr Baker recalled, “There was one little boy who had a gunshot wound in the neck and had apparently laid in a gutter for several days. It initially appeared that the bullet hadn’t gone too deep, but we soon realised that it was no wonder he hadn’t moved, because the bullet had transected his spine at about the T2 [upper chest] level. He was still breathing, but was paralysed below chest level. It was remarkable that he had survived; hard to believe actually. We sent him to Erbil to see what surgery they could do, and there can be some healing with the spinal cord. But it’s hard not to think about what’s ahead for a little boy like him, how difficult his life is going to be.”

Some of the things Dr Baker witnessed were like a scene out of World War Two.

“Two of our patients were husband and wife who had been separated as they fled. And there they were, reunited in our medical tent, clutching each other, just weeping and laughing, with their baby suspended between them. It was incredible to witness.”

It was a difficult mission, and everyone worked incredibly hard, Dr Baker said. “Most of our staff were local Iraqis, who were brilliant. The whole experience
for people working there is exhausting, overwhelming, but humbling somehow… an experience that probably all of us will be a bit damaged by initially. I think it’s the sheer numbers of patients – and particularly the number of children.”

Médecins Sans Frontières is also providing primary healthcare and psychological support in camps for people fleeing war and instability across Iraq. More than 4,800 medical consultations plus 4,300 mental health consultations were provided in January and February.

Despite the high number of patients in our facilities, it is extremely challenging for people to reach healthcare.

“They often arrive barefoot and covered in mud after having walked in the rain, across front lines in darkness, with literally nothing but the clothes on their back,” Mr Whittall said.

“Beyond the extent of their injuries, the state in which our patients arrive is also extremely disconcerting. Many have been living under siege and trapped for months, they have not eaten in days and are afraid and bewildered.”

Most of our staff are Iraqi, and for those from Mosul, many have themselves been directly affected by the war.

“Our hospital is surrounded by destroyed homes. Everyone has lost someone in this war,” Mr Whittall said.

For doctors who are considering volunteering with Médecins Sans Frontières, Dr Baker has these words: 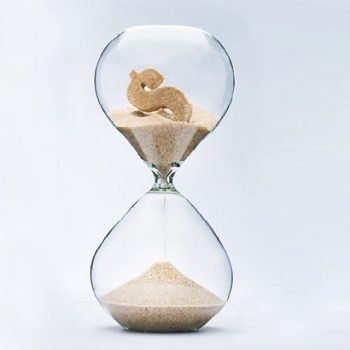 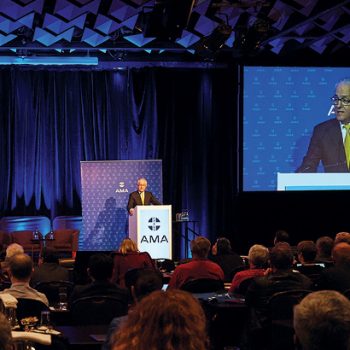