AMA (NSW) President, Dr Kean-Seng Lim, says we are in the very unusual position of a quarterly record not being set for emergency department attendances.

“Over the past several quarters, Bureau of Health Information reports have consistently shown an increase in both the numbers of patients presenting at NSW hospitals and the severity of their illness.

“While we didn’t see a record number of patients presenting at NSW emergency departments in Q3 2018, the ones that did are still getting sicker.

“NSW hospitals saw about 24,000 fewer emergency patients between July and September this year compared to the same time last year but there was still an increase in triage two patients.

“This means that despite the overall lower attendance,nearly 3,000 more people needed care for imminently life-threatening conditions.

“This is another indication of the need for improving the care of patients in the community.

“We cannot fix hospital presentations by looking at hospitals alone – years of underfunding of general practice, followed by rebate freezes have impacted on access to quality care in the community,” Dr Lim said.

“All told, just under100,000 people or about a seventh of the overall number of people presenting at EDs over Q3 2018 were categorised as triage 1 or 2 – those most urgently in need of care.

“This continues a trend that’s been observed ever since the Bureau of Health Information started publishing its records – people presenting at NSW hospitals are getting sicker and sicker.

“It’s also worth noting that many of the bigger hospitals did not see a reduction in patient numbers like the state average would suggest.

“The massive demand for emergency care we saw in Q3 2017barely changed at hospitals like Westmead, Nepean, Royal North Shore, and many others.

“Our busiest hospitals remain under extraordinary pressure due to both the sheer number of patients and their increasingly complex needs,”Dr Lim said. 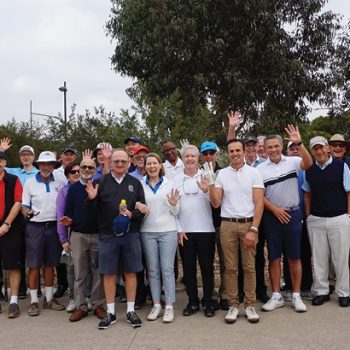 Go easy on the alcohol at New Year’s