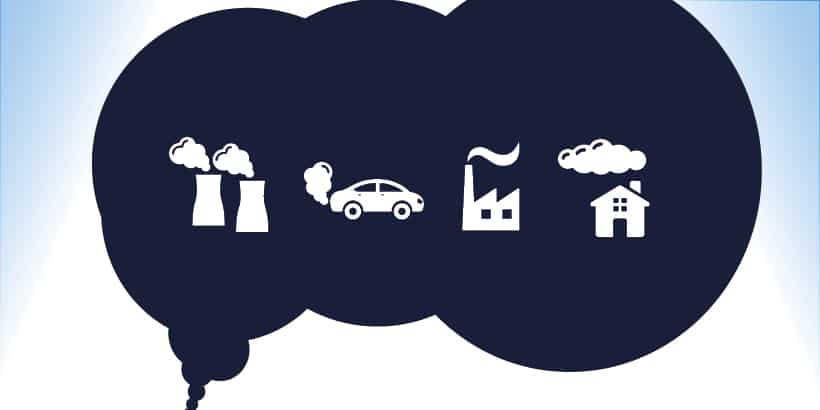 The long-term trend shows air pollution is getting worse in NSW and the impact on residents is determined by where you live, explains Dr Kim Loo.

Air pollution is harming our health. Yet this flies under the radar for most people, including those in our own profession.

An estimated 2600 people die from air pollution in Australia each year.

Once inhaled, PM2.5 can affect the respiratory and cardiac systems. Numerous studies have also shown links between air pollution and an increase in the incidence of type 2 diabetes and slow foetal growth in utero.

Air pollution arises from human activity such as motor vehicles, residential wood heaters, indoor gas cooking, mining, industry, power generation from coal and off-road vehicles. There are 43 stations in the NSW Air Quality Monitoring network. These stations monitor particulate matter PM10 and PM 2.5, NO2, SO2, VOC (Volatile organic compounds) and Ozone (secondary pollutant arising from the photo chemical reaction of NO2 and VOC).

The worst air quality for the state is in Central and Western Sydney and adjacent to Coal fired power stations and mines. These areas have exceeded annual PM2.5 standards for years.

They are also areas of socioeconomic disadvantage.

The long-term trend shows that PM2.5 is rising, even with excluding the 2019/20 bush fires.

We have five coal fired power stations in NSW. The bulk of NSW’s energy need is generated from black coal. There is also hydro, wind and solar.

The most recent epidemiological study shows that air pollution from generating electricity led to 279 deaths, 233 being born underweight (less than 2500 grams) and 361 people with new onset diabetes.

The impact of air pollution on birth weight was documented by a Beijing study in 2008, which found 83,000 babies born around the time of the Olympics (when air pollution was reduced by 59%) were heavier by an average of 23 grams.

Domestic heating Wood smoke from domestic heaters is a serious problem causing an estimated 100 deaths per year in greater Sydney.

Mine dust in the Upper Hunter Valley

Coal workers and surrounding communities are exposed to higher levels of air pollution than other communities.

Children in these communities have a much higher incidence of asthma.

Yet despite the elevated level of air pollutions causing health consequences, there is no improvement in air quality. The EPA (Environmental Protection Agency) mine dust enforcement workforce in the Upper Hunter is under resourced and needs the capacity to impose larger fines for breeches of environmental conditions. The usual $15,000 fine is ineffectual.

Urban traffic related air pollution is heterogeneous, with roadside concentrations markedly higher than background ambient levels. Children are especially sensitive to air pollution due to their immature capacity to detoxify a pollutant load, and higher respiratory ventilation rate per Kg body weight. Traffic related air pollution has been documented in Australian research to be associated with increased asthma prevalence and concerning new evidence from Spain has shown an association with slower cognitive development in school children.

What can we do as doctors?

We can make choices in our own lives to reduce our own pollution and emissions generation. Thermally insulate your house, buy solar panels, batteries, and an electric vehicle.  Doctors are also encouraged to join the health sector in the advocacy space. I have been in this advocacy space for environmental determinants of health for six years. Clean air, clean water, healthy soils, stable climate, and a healthy ecosystem are inextricably linked to human health.

We have had prolonged drought, bush fires, heat waves and extreme weather. My patients have been impacted by heat waves, bush fire smoke and floods in the past two years. And the mental health impacts have been significant.

Moving to non-polluting energy generation, transport and industries and a more sustainable health care sector are a win win for the whole community.

Dr Kim Loo is a General Practitioner and a Council member of AMA (NSW), as well as  Chair of NSW Doctors for the Environment. She is also a member of the Hills Doctors Association and the Australian Parents for Climate Action and Hills 4 Climate Action. She is a mother of two children and lives and works in Western Sydney.

Dr Loo has been advocating for the environmental determinants of health for the past six years.