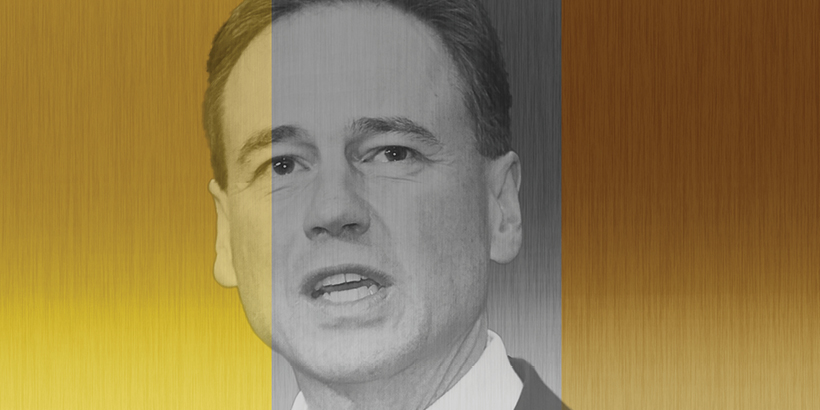 The Government’s plan to clear up consumer confusion over private health cover with its Gold, Silver, Bronze and Basic categories has been met with mixed reviews from doctors’ groups.

The Federal Government recently unveiled its new categories for private health insurance – Gold, Silver, Bronze and Basic – as part of a suite of reforms aimed at making private health cover more transparent and easier to afford for consumers.

Immediately after the announcement, doctors’ groups raised concerns about the new reforms.

So what went wrong?

Few would argue with the necessity to make private health insurance simpler for Australians. There is a staggering array of policies and providers to choose from. A CHOICE report released in July last year found 44% of policyholders find it difficult to compare health insurance policies. Of these, 69% found it difficult to compare policies side-by-side.

According to consumer groups, rising premiums, coupled with concerns over value for money, and the opacity of the private health insurance products are to blame for the sickly slide in private hospital insurance coverage, which recently fell to its lowest level since June 2011.

While confronting, the figures are not hugely surprising. Australians have been steadily downgrading or cancelling their private health cover in lock step with premium increases, which in recent years have been greater than inflation and wage growth.

As AMA President, Dr Tony Bartone outlined in his Press Club speech in July, “We are clearly at a crisis point in private health insurance. And the Government knows it.”

When the Australian Government first announced its wide-ranging package of reforms back in October 2017, AMA welcomed the changes as a necessary measure to increase transparency and stem the flow of Australians ditching private health insurance. However, it noted that the challenge would be to clearly define and describe the products on offer to deliver consistent levels of covers in each tier.

The AMA has been involved with the Private Health Ministerial Committee, which was set up to provide government advice on the reforms. As part of the process, AMA provided a submission to the Department of Health regarding the draft clinical definitions that support the health insurance categories.

Enter Health Minister Greg Hunt and his magic sorting hat, which will help categorise the almost 70,000 policies into four groups. Each tier has a set of minimum standards which hospital cover policies must meet before it can be included in that category.

AMA lost its bid to rid the system of junk policies, which in recent years have flooded the market. These low cost policies cover a very small range of procedures, or allow patients to choose their own doctor in a public hospital, or cover accident and ambulance only. Often the restrictions and low levels of cover are not immediately clear to patients, and many take out limited policies only to discover they are are not covered for the treatments they need.

The AMA has recommended that if a basic policy is to be allowed, that these policies very clearly outline to patients what they are covered for.

The organisation was also disappointed by the Federal Government’s decision to have pregnancy cover in the higher level of insurance only, given that many pregnancies are unplanned which heightens the possibility that people will be caught underinsured in this area. Pregnancy is one of the major reasons young Australians consider private health insurance, but they are less likely to be able to afford higher level policies.

Similarly, doctors from various specialties expressed concerns that the new categorised tier system may push patients onto public hospital waiting lists, as certain treatments for spinal, cataract, bariatric, some orthopaedic surgery and sleep studies will only be insured in the Gold category, despite some policies currently covering these treatments in lower tiers.

Orthopaedic and neurosurgeons stated that the categorisations will leave patients with a Cornelian dilemma, forced to choose between the spine surgery they need and the one they can afford. The current categorisation splits spine surgery between Gold and Silver bands, with spine stabilisation and fusion restricted to the top level of cover. The specialists argue that evidence overwhelmingly suggests spinal fusion is the most effective treatment for a number of elective and emergency spinal conditions.

Dr Bill Sears, Immediate Past President of the Spine Society of Australia and a Sydney-based neurosurgeon, argued that health fund coverage for spinal surgery should be across all policies.

“Australians who choose to take out cover for private spinal surgery are entitled to feel confident that they will receive the procedure that is best suited to their problem,” he said.

The group also raised concerns that practitioners would be forced to opt for less effective procedures that could lead to poorer outcomes for patients, who could face a lifetime of chronic pain.

A number of professional medical associations lodged submissions to the Federal Government during its consultation process, highlighting risks with the proposed categorisations. Chief among these concerns was the potential unintended consequences that could arise from splitting the treatment of a single condition across different levels of cover.

Doctors warned that new framework would lead to treatment driven by item numbers, not by the best available evidence for the best possible patient outcomes.

The Australian Society of Ophthalmologists also expressed their disappointment that cataracts would be restricted to the Gold tier. Cataracts are among the most common elective surgeries, with 80,000 cataract extractions done in NSW public and private hospitals in 2016/17. According to the Australian Institute of Health and Welfare, 28% were performed for public patients.

This recommendation is closely aligned with the AMA’s suggestion that the Silver category cover everything, but with excesses.

Meanwhile, bariatric surgeons indicate restricting weight loss surgery to Gold cover will impact patients’ ability to access the surgery, which is already limited in the public hospital system by a shortage of services. And ear surgeons are calling cochlear implantation surgery to be extended to the Silver and Bronze tiers. The Australasian Sleep Association has also argued restricting access to sleep studies could lead to significant health problems for patients.

At the time of writing, another round of consultation was underway with submissions due in early August.

The AMA is now in the process of working with the Colleges, Associations and Societies to give Government advice on the proposed rules, including clinical definitions and MBS item coverage under these definitions.

Well, maybe not exactly. Because within each Gold, Silver, Bronze and Basic category, private health insurers can label products that meet the minimum requirements within that band, plus a few extras, as a ‘plus product’. For example, you could have a Silver Plus product, which gives you the benefits outlined within the stated category, and few other things as well.

The addition of plus products, however, might be the best possible solution to an unintended consequence of the new system, which is that it disincentivises insurers from putting additional hospital services in a lower level product.

And yet another potential source of confusion for consumers is around quality of coverage. Lower benefits paid by the insurer mean higher out-of-pocket costs for patients. Patients may have a Gold policy and receive pregnancy cover, but what the fund pays the doctor varies. So, when doctors charge above the medical schedule, patients – even those on Gold cover – could face a gap, which may come as a surprise to some.

Patients often assume that the doctor’s fee is the reason for an out-of-pocket cost. Yet, as the doctors know there can be a significant difference in the amount an insurer will pay towards a medical service, and it varies insurer to insurer and procedure to procedure.

All of this can be confusing for patients, especially if not communicated early.