Remuneration on the rise 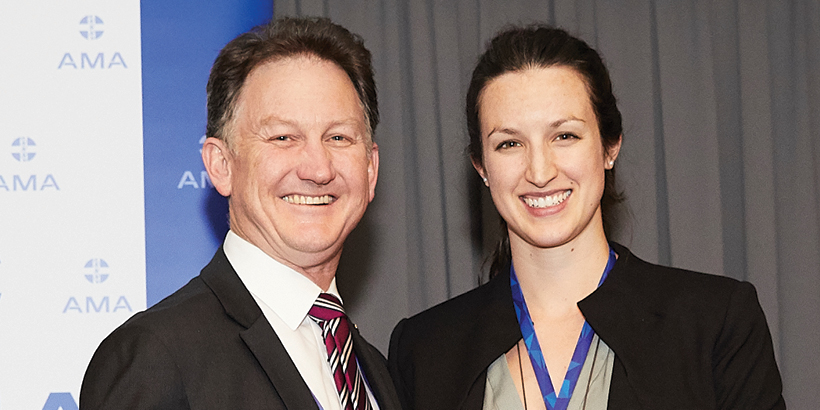 AMA (NSW) was recognised for its outstanding advocacy efforts at the AMA National Conference.

AMA (NSW) picked up two State Media Awards at the 2018 National Conference held in Canberra in May this year.

Our organisation was presented with the Most Innovative Use of Website or New Media Award for its Hospital Health Check (HHC) website.

The website was created to display the results from the HHC survey, which asked participants to answer questions based on one hospital in which they had worked the most in the previous 12 months.

Hospitals were given a grade based on the results from ‘A’ to ‘F’. The results provided a clear picture of how individual hospitals were performing in key areas.

The survey results provided a positive advocacy platform for DITs to advocate for changes to their terms and conditions with NSW Health.

The award judges commended the Hospital Health Check website for its simplicity and clarity.

“(The use of) large, colour-coded letter grade graphics, tabulated alongside hospital names in rows, is clear, concise, and communicates directly and comparatively the results of the survey,” the judges, led by film producer, writer, and online content maker, Dan Sanguineti, said.

“Too often the delivery of key information becomes overwhelming in graphics, animations, and transitions, and a basic statement of results as displayed on the Hospital Health Check website is a welcome approach, that pitches perfectly to the desired successful outcome.

“Through media engagement, the survey results on the site allowed the policy debate discussions to shift and benefit the membership represented.

“This was shown by the NSW Government announcement on rule changes in line to address the information presented.”

The second award presented to AMA (NSW) was the National Advocacy Award, which is  given to the State or Territory AMA that has worked best with the Federal AMA on an advocacy campaign.

The judges, led by Canberra lobbyist Simon Banks, said marriage equality was a significant issue for the profession, and one that divided views within the wider profession and community.

“NSW’s submission involved public interest advocacy both directly, and through the prominent use of both traditional and social media, to highlight the health implications of the legal recognition of same sex marriage,” the judges said.

“It also compelled members of the wider profession to step up and take a stance on this public health – not merely legal – issue.

“The campaign exhibited the selfless quality that any true profession can rightly take pride in. For these reasons, the NSW submission is this year’s winner.”