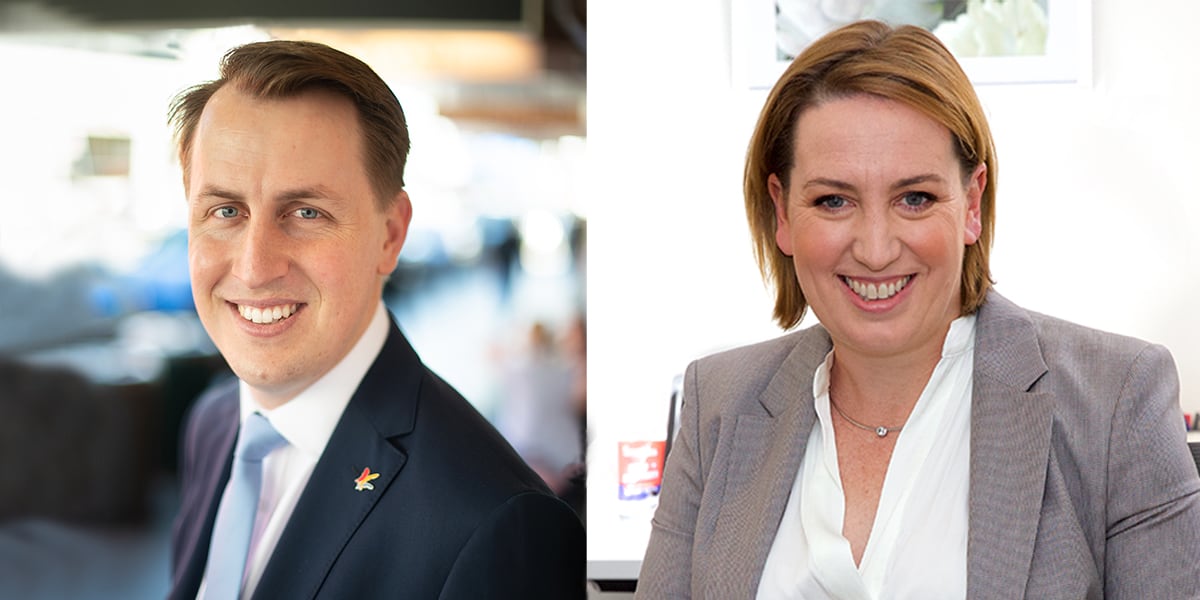 AMA (NSW) is pleased to announce the election of Dr Michael Bonning as President and Dr Kathryn Austin as Vice President.

Dr Bonning is stepping up to the role after serving as Chair of the AMA (NSW) Council. He is taking over from Immediate Past President Dr Danielle McMullen, who has concluded her two-year term.

“It is a privilege to have worked closely with Dr McMullen who played an integral role throughout the COVID crisis in representing doctors to Government. She was also a key public figure in the media who could be relied upon to provide calm, sensible public health advice,” Dr Bonning said.

Dr Bonning brings a wealth of clinical, teaching, and medico-political experience to the role. He is a general practitioner in Sydney’s Inner West. In addition to serving on the Board of AMA (NSW), he is a Deputy Chair on the Board of GP Synergy, a Community Panel Member of Ad Standards, the medical advisor for DermaSensor, Adjunct Fellow of Macquarie University, and Non-executive director of Postgraduate Medical Council of Queensland.

He also served as a medical officer with the Royal Australian Navy and has been involved in fleet operations including border protection, as well as counter terrorism and counter drug smuggling operations in the Middle East, as well as missions in Southeast Asia and the Pacific Rim.

In addition to being a GP specialist, he is trained in high altitude physiology, diving medicine, aeromedical evacuation, and emergency management in remote environments.

As President of AMA (NSW), his priorities include improving workforce numbers throughout the State to alleviate pressure on public hospitals and address healthcare inequity in rural and regional NSW.

“Doctors are critical to the delivery of healthcare. As the population and healthcare needs of NSW grows, we will be holding Government to account to ensure the current and future workforce strategy is fit for purpose,” Dr Bonning said.

“There are high levels of fatigue among doctors, who were working under crisis conditions even prior to the pandemic. You can only squeeze so much from your workforce before it runs dry. I want to work with the NSW Government to look at what we can do to address the pressure in our hospitals and ensure patient care in the State remains the best in the country.”

Dr Bonning is also keen to promote the value of primary care, which is essential to a cost-effective health system. In addition, he is focused on emerging issues such as the impact of technology, the role of private equity, value-based healthcare and overseas organisations taking an interest in Australian healthcare.

Dr Bonning is joined on the leadership team by Dr Kathryn Austin, who is an obstetrician, gynaecologist and maternal fetal medicine subspecialist. Dr Austin works in private obstetric practice and holds a public appointment in obstetrics and maternal fetal medicine at Royal North Shore Hospital. Dr Austin worked as a pharmacist before her career in medicine.

Prior to being elected as Vice President of AMA (NSW), Dr Austin served on the AMA (NSW) Board of Directors from 2011 to 2014, as well as a Director on the Federal AMA Board from 2014-15, and the AMA (NSW) Charitable Foundation Board.

She was awarded the prestigious AMA (NSW) President’s Award for her service to the medical profession.

Dr Austin is passionate about maternal and child health and recently sat on the Board of Directors of the Gidget Foundation, which supports families experiencing perinatal depression and anxiety.

Having previously worked in regional NSW, she is also acutely aware of the challenges faced in rural and regional areas for doctors and patients.

In addition to supporting broader measures to address workforce challenges, Dr Austin also seeks to further advance gender equity in medicine, particularly addressing female representation in leadership roles. Central to this goal is the creation of a system designed with structures that include women.

“Policy advocacy for women’s health and gender equity measures in medicine is one of my specific areas of passion and I will continue to lead change in this area,” she said.

“We need to empower women to pursue leadership positions and address the barriers that prevent them from participating in leadership roles across all of healthcare. That is the responsibility and obligation for all organisations, including the AMA. These changes will improve healthcare for all.”