The BMA Cup is the highlight event of the golfing year for the AMA (NSW) Golf Society, which by tradition is a par event - one of the most difficult golf formats.

Forty-six players gathered early morn at the magnificent Terrey Hills Golf Club to contest this year’s BMA Cup. The weather was cool for a summer’s day and playing conditions were excellent. Terrey Hills, as always, looked after our group superbly with breakfast before tee-off and an excellent lunch following play. Although the greens were lightning fast, they rewarded those who could read the undulations. The COVID-19 rules were stringently enforced by the Club, for which the management were to be congratulated.

As AMA Golf Society members know the BMA Cup is the highlight event of the golfing year. By tradition the competition must be a par event, which is regarded as the most difficult of the golf formats.

The Golf Society wishes to thank the sponsors of the prizes for the day, Mr Scott Chapman of Ebsworth, Lawyers and Drummond Golf, Taren Point, and Dr Reuben Jackson.

Results presented a few surprises but at the same time rewarded disciplined play.

The winner of the 2020 BMA Cup was none other than the Society’s President, Dr George Thomson with a score of Plus 3. For the uninitiated, that is an excellent score on a championship course.

Runner up was one of the Society’s great supporters, Dr Merv Cross with Plus 1. As always, Merv gave us all a long explanation as to how his score could well have been two or three better. Tradition dictates that we all agree vigorously.

The Sponsors Trophy, which is open to guests and non-AMA doctors, went to another loyal supporter, Dr Greg Crosland with a score of Plus 1. Greg is also a winner of a previous event a few years back, the AMA International Shield, which was held in New Zealand. Runner up for the Sponsors Trophy was Mr Glenn Cooper with a score of Square. Glenn is another well-known supporter of the Society.

Nearest the Pins for the ladies went to Nicole Bowman and Nerida Campbell while the men’s were taken out by Mr Hutch Ranck and Mr Don Harris.

Longest Drive for the men went to Dr Reuben Jackson while the ladies was won by Dr Diana Hart.

A very well-deserved congratulations go to them all. Great golf.

The other major result announced on the day was for The Shepherd Trophy and it was won by Dr Ross Glasson. Ross was unable to play on the day due to recent shoulder surgery but made the effort to attend the lunch to proudly receive the Trophy. In accepting the Trophy, Ross reminisced about his years as a member of the AMA and the wonderful years he held the office of National Treasurer of Federal AMA, mentioning Bruce’s unbridled support of the profession in the face of relentless pressure from both State and Federal Labor Governments.

Dr Robyn Napier, on behalf of the Society, extended Seasons Greetings to all present and their families for a joyous and Happy Christmas and a bright and prosperous New Year hoping that nothing would be as bad as 2020.

In winding up the day’s events, Society President, Dr George Thomson informed the gathering that after many successful years, the Golf Society would be winding up. The announcement drew a great deal of comment from the members present.

So, from this writer and the Golf Society, it would appear that “au revoir” would be the appropriate farewell.”

Dr George Thomson and Dr Robyn Napier received Honorary Life Membership for their service to the Golf Society. The awards were warmly supported by the membership. 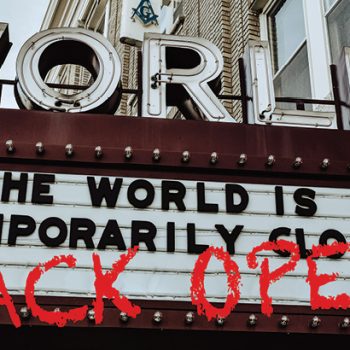