Psychiatrist Dr Mark Cross worked tirelessly to break down the barriers and stigma associated with mental health, first on behalf of his patients, and then for his colleagues who continue to struggle to meet the unflinching demands of a broken public health system.

Dr Mark Cross has spent his entire professional career fighting stigma. As the familiar face on the ABC documentary series Changing Minds, Dr Cross was instrumental in providing viewers with an inside look into the locked wards of Liverpool Hospital’s mental health unit. The program was ground-breaking – not only for being the first program in television history to shoot inside one of the busiest psychiatric units in the country, but for its non-judgmental portrayal of the stories of patients and staff as they struggled to regain their health. Now, five years on from when the first episode aired, Dr Cross is working to address the mental health issues faced by medical professionals by documenting his own life-long battles in his book, Anxiety, expert advice by a neurotic shrink, to be published next year.

Dr Cross was drawn to psychiatry partly because of his own mental health issues, which helped him feel more compassionate and empathetic to patients. He also developed a deep personal understanding of discrimination early in his life. Being gay and coming to terms with his own sexuality in the 1980s in South Africa was challenging. At the time, homosexuality was not only a criminal offence, but it was considered a mental illness. During his final year of medical school at the University of Cape Town, he recalls one of his professors castigating another openly gay professor during a meeting. “He stood up and said HIV was God’s gift to homosexuality,” Dr Cross says. “So that was what we were dealing with at the time.” Despite an atmosphere of discrimination, he graduated medical school in 1990 and did his internship at his hometown district hospital in Port Elizabeth. “In my internship, I worked many weeks over 100 hours. But we had great onsite accommodation, wonderful camaraderie, kind consultants, and little discharge paperwork to concern ourselves over,” he said. “It was the best year of my doctoring life. The next year, the medical superintendent asked me to take over the 16-bedded psychiatry ward, which we then opened to all races for the first time in South Africa’s history in
1992.” With his supervisor 300 miles away, Dr Cross learnt from the nurses and formed the foundation of psychiatry he continues to practice today – a combination of practicality, common sense, and mutually respectful engagement with the people he treats. He moved to England to further specialise in psychiatry and worked as a consultant for the National Health Service until he moved to Sydney in 2005.

In Australia, Dr Cross initially worked as the Director of Consultation/Liaison Psychiatry at Liverpool Hospital, before taking over as Clinical Director of Psychiatry in 2006 until September 2014.

The stress of his demanding and unrelenting workload was overwhelming.

He added, “There was a constant pressure to discharge to create beds, but discharging someone to the department of housing emergency queue is not good or kind practice.”

Patients often languished for days in overstretched emergency departments waiting for psychiatric assessment and to be admitted to a psychiatric unit that is already at full capacity.

Dr Cross was drinking up to eight cups of sugary coffee, coupled with Coca Cola, to try and maintain the energy needed to get through the day. Then in 2013, he began shooting the Changing Minds series.

“Whilst the series changed my life and is the single most important piece of work I have ever been involved in – I was also at the time stretching myself too far.”

He resigned as Clinical Director and then moved within the Sydney South West Local Health District to Campbelltown Hospital to work as the Senior Psychiatrist running the only Youth Ward (Public) in NSW in 2014.

He said this move, “brought some relief, although the anxiety related to this decision was immense.”

There was still daily pressure to create beds when there was inadequate post discharge, as well as rehabilitation, options.

Dealing with really ill people with complex needs, combined with too much paperwork, high staff turnover and shortages, the sparsity of permanent senior managers, and on call rules which meant phone calls throughout the night, from Friday to Monday, eventually took its toll on Dr Cross.

By 2016, he had had enough of working in the public health service and started working in private practice at Northside MacArthur Clinic in Campbelltown and Northside Cremorne and is a Senior Lecturer at the University of New South Wales (UNSW).

“I was feeling burnt out. I could no longer be part of the mentality of feeling ‘under siege’” he said.

While no longer working in the public sector, Dr Cross said the private practice is beneficial to the overall health system, particularly patients in Campbelltown.

“I continually strive for good relationships with the local public systems, and believe we take pressure off an overloaded system.”

It also allows him to take better care of his own mental health and wellbeing.

“I still hate paperwork, I am always behind, dictating over weekends, working six-day weeks, at times. But I no longer get bronchitis three times a year, I sleep better, I don’t have anticipatory anxiety every weekday morning, and whilst there are pressures, I am more in control of my diary, and my time. I start later to fit in exercise and taking my kids to school.”

The change has allowed him to improve his work life-balance, and has given him enough spare time to devote to sitting on the board of SANE Australia – an organisation that supports people with complex mental health issues.

He hasn’t ruled out returning to the public sector, but in the meantime, he is passionate about advocating for doctors’ health and wellbeing.

Dr Cross believes medical professionals should be more open about their vulnerabilities and issues, without fear of mandatory reporting.

“We should be blazing the way in terms of mental health and work,” he said. “We as doctors don’t look after ourselves properly. There’s such stigma. I still think of my conditions as weakness and we’ve got to stop thinking of it like that. We have to acknowledge and seek help or we end up killing ourselves, or engaging in high risk activities and our relationships go to pot.”

There’s a scene at the end of Episode One in Changing Minds that still resonates with Dr Cross.

One of his patients, an IT specialist with bipolar, was admitted after hitching a high-speed ride on the bull bar of a truck.

After five weeks in the mental health unit, Patrick was deemed well enough to return home. Throughout the program – even after coming down from his mania, Patrick is quite animated. But in a moment of teary emotional reflection Patrick turns to the camera and says, “I think people who have experienced problems and have come through on the other side – that’s the sort of person that I want to be in contact with.”

It’s the kind of insight Dr Cross can appreciate, having made the journey himself.

“I’m now in my early 50s, proud of my commitment, passion and working record. And no longer afraid to be open about myself, and to work towards better systems, and mental health.”

Checking the health of our profession 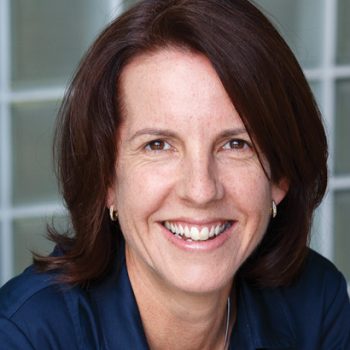 Psychiatry: A system under siege 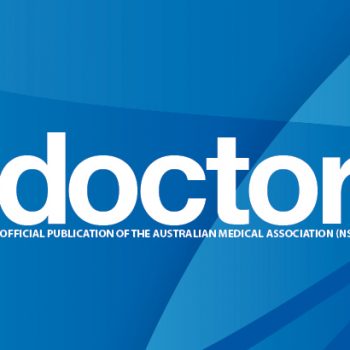