AMA (NSW): Wear a mask and protect our doctors so they can care for you

The cost of a healthcare crisis 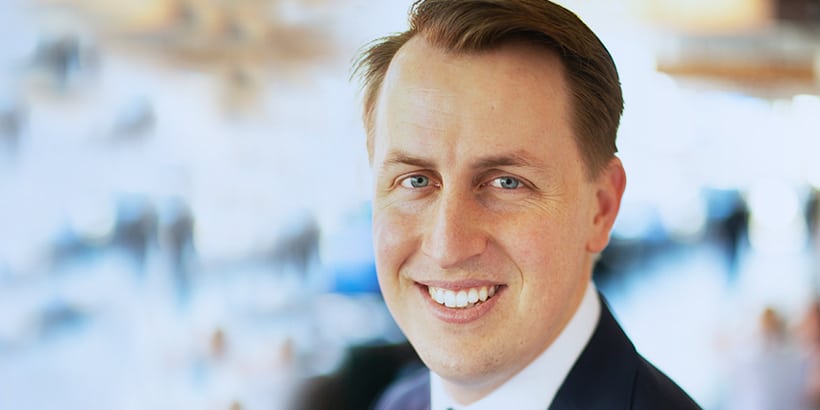 AMA (NSW) is looking forward to tackling wider health system change to create a model of healthcare fit for the future needs of NSW residents.

IT IS AN HONOUR to take over from Dr Danielle McMullen and a privilege to serve in the leadership team of AMA (NSW) alongside Dr Kathryn Austin, who was elected to Vice President.

I joined the AMA as a student during my first week of medical school. I’ve always been motivated by the idea of collective action – thoughtful people pulling in the same direction. I also strongly believe doctors need to have a say in the system they work in.

My involvement with the AMA has grown since medical school. I served as AMSA President and then Chair of the Federal AMA Council of Doctors in Training from 2010-2012 before becoming AMA (NSW) Chair of Council and a Non-Executive Director since 2015 and I’ve been a Federal AMA Councillor since November 2021.

I’m passionate about doctors’ mental health and wellbeing and I have served as a Non-Executive Director of beyondblue from 2008 to 2014 and as an inaugural director of the Doctors’ Health Service.

As President, I’d like to first and foremost reconnect with the profession by meeting with doctors in their places of work and understanding the priority for our advocacy. I campaigned on the expansion of outpatient clinics in public hospitals to remove the current inequity of access to timely and appropriate specialist consultation knowing that will make a meaningful difference for patients and reduce emergency presentations. I am heartened that one of my initial priorities in palliative care has received substantial funding but there remains significant need for commitment of co-commissioning of services to integrate and best use our health system funding.

We have less than 12 months until the NSW state election and a prime opportunity to shape health policy for a better future.

NSW’s 2022/2023 Budget was a strong commitment to health and a recognition that health costs are higher than inflation. But we need more than investment. We’re asking the Government to also implement a long-term plan that accounts for our growing and ageing population, which is increasingly presenting with complex chronic health conditions.

We want solutions that target the pain points we’re currently experiencing, but also act as a circuit breaker on the causes of this pressure. We need to look at not only the treatment of disease, but the prevention of disease. The more people we can stop from ending up on hospital the better off patients and our healthcare system will be.

AMA (NSW) Council recently sat down to discuss our priorities for the coming election. We concluded that our four main focus areas will be: Rural and Regional Health; Doctors-in-Training; Public and Private Hospitals; and General Practice.

Over the coming months, we’ll be building on our election platform and communicating these priorities to members. I remain ever optimistic that the AMA is the most effective voice for constructive change in the health system and to articulate doctors’ concerns about community issues affecting health.

Stay safe and look out for each other.