This year’s Charitable Foundation Gala Dinner raised funds in support of Soldier On, an organisation whose aim is to assist Australians who have served in the Australian Defence Force and their families.

The AMA (NSW) Charitable Foundation has a long tradition of supporting worthy organisations – a tradition that was enhanced at the 2016 Gala Dinner event.

The AMA established the Foundation back in 1995 with an aim to harness the goodwill and charitable spirit of the medical profession, in order to provide funding for projects that promote health and well-being.

The Foundation has a commitment to addressing the physical, social and emotional needs of all Australians, particularly those disadvantaged in our community.

The response of AMA members and our supporters has been so generous that we have raised over a million dollars for deserving charities.

This year, the Foundation raised $25,000 in support of Soldier On.

Soldier On was founded by John Bale following the death of his friend, Lieutenant Michael Fussell, who was killed in an IED blast in Afghanistan.

After hearing the news, Mr Bale looked for a way to support the other soldiers who survived the blast.

He quickly realised that there was no easy or accessible way for members of the Defence forces, or the public, to show their support for those wounded in battle.

Sensing great need, Mr Bale started Soldier On in 2012 to connect men and women from the Defence forces to the wider public. The aim was to assist these brave sailors, soldiers, airmen and airwomen to reintegrate in Australian society and lead fulfilling and successful lives. To achieve this, Soldier On supports those who have served by focusing on their physical and mental health, their family, their community and their future.

72,000 Australians have served in the Australian Defence Force since 1990, and thousands will be affected by their service, be it physically or psychologically.

Soldier On provides a suite of services and access to partner organisations to meet the needs of our wounded so that they can start their journey on their road to recovery.

Soldier On supports anyone who has served Australia and their families. This includes those who have served as part of the Army, Navy, Air Force, the Department of Foreign Affairs and Trade, the Australian Federal Police, and the Department of Immigration and Border Protection, which includes Australian Border Force.

In its first year, Soldier On assisted 200 veterans in three states, with one centre established in Adelaide. Last year, the organisation assisted 500 veterans a month and established two new centres in Canberra and Sydney. They have helped thousands more in 2016 and are establishing centres in Melbourne, Perth, Currumbin and many more locations across Australia.

The AMA (NSW) Charitable Foundation was proud to welcome to the Gala Dinner, clinical psychologist Shane Greentree, who represented the organisation.

The Foundation was also excited to welcome The Honourable Dr Brendan Nelson, Patron of Soldier On, to this year’s event.

Dr Nelson is one of the AMA’s most distinguished members – having served as the Tasmanian State AMA President in 1990 and then rising to the post of Federal AMA President in 1993. At age 35, he was the youngest person ever to hold this position. During his time as Federal President he campaigned on a wide range of social policy issues. He was a strong voice for Aboriginal health, immunisation, unemployed health, the environment, tobacco sponsorship, and so much more.

That accolade, of course, is one of many he achieved in his career – most recently, he was appointed an Officer of the Order of Australian in January 2016 for his services to the community, the parliament of Australia, diplomacy and cultural leadership.

The appointment reflects his years that followed on from AMA leadership. Dr Nelson, was elected to the Federal Parliament of Australia in 1996, and after the 2001 election, he was promoted from parliamentary secretary to the Minister for Defence to Cabinet in the senior portfolio of Minister for Education, Science and Training.

In 2007, he was elected leader of the Liberal Party of Australia, serving as Leader of the Opposition until September 2008. The following year he retired from Federal politics before taking up his ambassadorial appointment.

His most recent post as Director of the Australian War Memorial commenced in 2012.

Another highlight of the Gala Dinner is the presentation of the President’s Award.

This year, the award was presented to Professor Brian Owler, in recognition of his tireless and dedicated service to the medical profession.

Prof Owler has been an active member of the AMA for over two decades. His interest in medical politics started early, having been elected to the AMA (NSW) Council as a medical student representative in 1994.

Prof Owler’s Federal Presidency coincided with one of the most turbulent periods in health policy that the profession has faced to date. Less than two weeks before Prof Owler’s election, the Federal Government delivered its 2014 Budget and its ill-fated co-payment strategy. The course for the next two years was set. Under Prof Owler’s excellent leadership, the AMA stood down not one, but two co-payment plans. Prof Owler also devoted his time to challenging the Government on the Medicare freeze and the shortfall in public hospital funding. The last two years have been marked by short-sighted health policy, but Prof Owler’s perseverance in the face of these threats has been nothing short of inspirational.

In addition to his tireless efforts to thwart poor political decision-making, Prof Owler has been a courageous voice on numerous public health advocacy issues. Prof Owler made Indigenous health a priority in his term as President, advocating for better health outcomes for Australia’s Indigenous people.

He has also been an outspoken leader on the humane and fair health treatment of asylum seekers. He called for independent oversight of that care, and argued that doctors, nurses, psychologists and all others should be free to speak out about poor care without fear of legal threat.

These achievements really just represent the very tip of the iceberg. For some, Prof Owler is most memorable for the impact he made as President of AMA (NSW). In addition to being the face of the road safety campaign ‘Don’t Rush’, Prof Owler played an instrumental role in creating legislative change around pool safety, preventing children from falling from windows, and alcohol-related violence. He also advanced regional workforce issues through the AMA (NSW) Regional Specialist Workforce Forum and together with Federal AMA, successfully lobbied to ‘Scrap the Cap’.

And in between the endless meetings, roundtable discussions, forums, interviews with broadcast and print media, and door-stop announcements, Prof Owler has remained one of the leading neurosurgeons in the country, running his own private practice, as well as working as a consultant neurosurgeon at the Children’s Hospital at Westmead, the Sydney Adventist Hospital, Norwest Private Hospital, Macquarie University Private Hospital and Westmead Private Hospital.

He is a leader in his field and a leader of our generation.

Sponsors and special thanks

AMA (NSW) would especially like to thank auctioneer Michael Melani, for his services as auctioneer. Mr Melani is a hands-on leader with more than 30 years’ experience in the real estate industry.

Putting newborns and children at risk 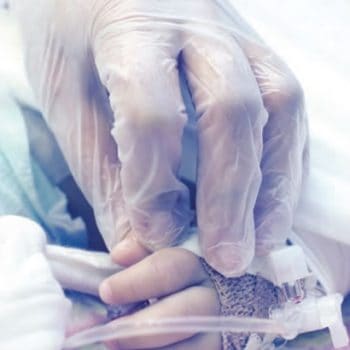 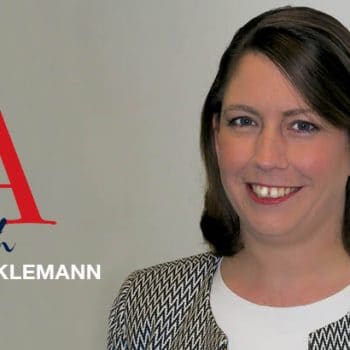