Retired executive director of Kaiser Permanente, Dr Jack Cochran, argues medical professionals have a responsibility to patients to participate in the improvement and transformation of healthcare.

THE CORONAVIRUS has tested healthcare systems around the world. Medical professionals and health stakeholders have been strong advocates for the safety of patients and practitioners, and – at the time of writing – it appears the country might have set the course right to sail through this crisis bruised but not beaten.

There is a saying that boiling water turns potatoes soft and eggs hard. When under pressure, it becomes clear who the real leaders are. In Australia, we’ve seen many step up in this crisis.

And while the day-to-day realities of being a doctor can be all encompassing, Dr Jack Cochran – an innovative leader in healthcare transformation – argues all medical professionals have a duty to patients to take a leadership role in health.

“Healthcare is going to change regardless of our participation. If we opt out of engaging on major issues impacting our patients and families, we miss the opportunity to have a positive impact on their wellbeing,” he writes in his book, Healer, Leader, Partner.

The NSW Doctor interviewed Dr Cochran in early March, just one week before the WHO confirmed coronavirus as a pandemic. While there were plans to bring Dr Cochran to Australia for a special speaking event in May, it became clear that would not be possible under the travel restrictions.

AMA (NSW), along with other health groups, are still planning to hold a special webinar event with Dr Cochran with details to be finalised shortly.

A highly sought-after speaker, Dr Cochran is a preeminent thought leader in the US, who served as Executive Director of the Permanente Federation, Kaiser Permanente, which employs 23,271 doctors who care for more than 12.2 million members.

He is known for taking an influential role in the organisation during a tumultuous period in healthcare. In the 1990s, Kaiser Permanente faced financial challenges, coupled with declining membership, low morale amongst doctors, and poor patient satisfaction.

Dr Cochran was integral to transforming the organisation. His involvement with national health policy development, integrated care, innovation and physician leadership, resulted in Dr Cochran being named among Modern Healthcare’s “50 Most Influential Physician Executives and Leaders” in 2009, 2010, and 2012.

Under Dr Cochran’s stewardship, Kaiser Permanente completed the largest civilian deployment of a clinical information system at that time.

A philanthropist, Dr Cochran, has volunteered his reconstructive surgery and consulting services in Third World countries, aiding underserved populations in Nicaragua, the Philippines, Ecuador, Tanzania, and Nepal, in addition to providing financial support.

Dr Cochran’s philanthropic activities and advocacy for patients and healthcare workers are numerous, but it’s his insights into system reform, integrated care, health information systems, and leadership, which have made him a highly sought-after speaker around the world.

Affordability and access to healthcare are major issues for patients, he says. “It is common for a family to be facing competing needs for an MRI, paid out of pocket, and a new clutch on a truck that is needed for a parent to work, or an elective procedure versus a new refrigerator.

“These options are tough on family reality, so they must ration healthcare at the kitchen table.” He argues patients encounter the healthcare system, physically, socially, psychologically, and financially. As a result, doctors have an ethical responsibility to keep healthcare affordable, “because high clinical quality without affordable access isn’t.”

Most doctors start off with this kind of idealism to serve and to heal, but over time many become burnt out, discouraged, and cynical.

“As a group, we have a concerning number of physicians who are burned out or disillusioned at a time when we are needed to lead this very large challenge,” he says.

When he began medical school, he didn’t have a clear sense of direction. Drawn to surgery and paediatrics, he looked for a specialty that could combine those streams. He settled on plastic surgery, as he saw that as an opportunity to make a profound difference in the lives of children born with or had incurred a deformity.

When he went into private practice in Denver, Colorado, healthcare in the US was transforming, and throughout the country there was a move toward ‘managed care’.

Dr Cochran said he was drawn to the physician-led medical group Kaiser Permanente. In particular, he liked that their clinical leaders had a strong and equal voice with the insurance entity. As a result, he joined in 1990 and started their plastic surgery program.

Dr Cochran was recruited to run for the board of directors, and two years after joining the board, he was elected President in 1999. It was a turbulent time in medicine, marked by a morale deficit and an exodus of good doctors.

When he became President, Dr Cochran said his first mission was to understand why so many physicians seemed unhappy.

As he writes in his book, Healer, Leader, Partner “…it was clear that their unhappiness was caused by frustration, as they felt most of the changes in health care and the healthcare environment were being made to them and not by them.”

Dr Cochran served as the Physician Leader of the Colorado region of Kaiser Permanente from 1999 to 2007, when he was recruited to take on a national physician leadership role. Later that year in 2007, he became executive director of the Permanente Federation.

In Healer, Leader, Partner, Dr Cochran asks the question, ‘is leadership innate or developed?’ He concludes it’s both.

Being a good doctor doesn’t automatically make you a good leader, he says, adding that “great leaders are handcrafted, not mass produced.”

“We have no leadership training, and that’s part of the problem… We want and need doctors to step up, but the challenge remains that many do not want to, and those who do haven’t had the training.”

When Dr Cochran stepped up through the leadership ranks at Kaiser Permanente, he says he learned two things about himself.

“One – I was a very good listener.” Because he was inexperienced, Dr Cochran says he learned to engage and listen to people. He argues that true credibility demands that you demonstrate your willingness and ability to be influenced – to listen.

“If you don’t understand that others have an enormous knowledge base, insight base, and experience base – then you miss many details, new facts, nuances, and frank corrections.”

The second thing Dr Cochran learned about himself was that he was courageous. Dr Cochran insists it wasn’t bravado, but rather a real sense of fairness that he inherited from his mother, who served as a role model and had very clear values and conviction.

“She had a steadiness,” he explains. “She was very principled and very kind. She never lectured me on right or wrong but was the type of person who led by example.”

In his book, Dr Cochran writes, “Integrity is the spine of your leadership, and unwavering adherence to values over time leads to trust.”

In addition to integrity, Dr Cochran says successful doctor leaders must be good clinicians, and possess both emotional intelligence and humility.

These key leadership traits are central to success.

Dr Cochran urges all doctors to embrace the challenge of becoming a leader.

“At one time, we just had to be good doctors. Today, patients have issues with affordability, access, and other healthcare challenges and obstacles, so it’s up to us to be more broadly involved. This is the physician as leader.”

9 Predictions for a Post-Coronavirus world 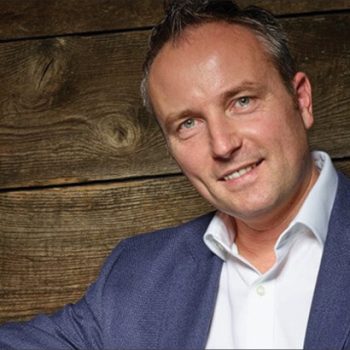 Beyond the Theatre Room 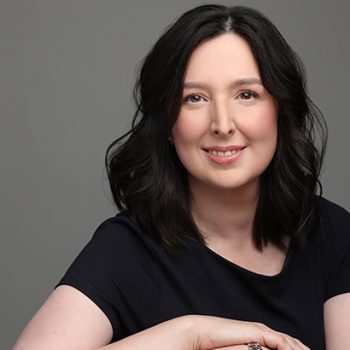