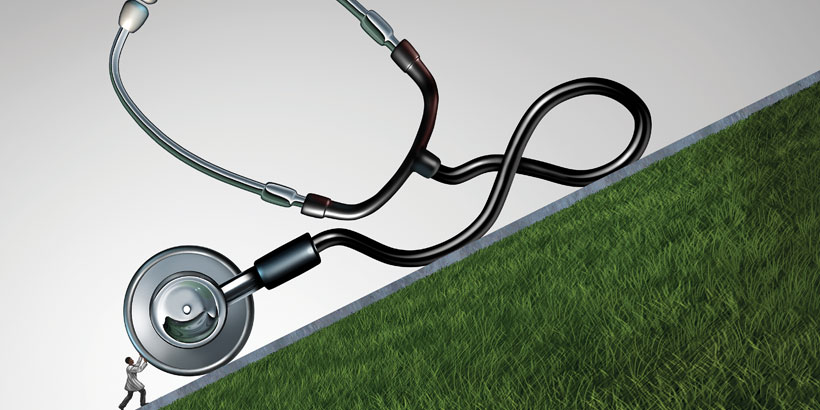 Eliza Milliken describes how JMOs aren’t resigning from contracts early because they’re selfish, but because they need a break to survive the stresses of training and working.

This time of year can be especially stressful for junior doctors. It’s normal to feel exhausted and in need of a break after 12 months of hard work and new challenges, but every year the fatigue is compounded by the steady attrition caused by inadequate staff numbers. This is only partly due to staff leave. It has become increasingly common for junior doctors to resign before the end of their contracts in order to facilitate some time off before starting over in new hospitals.

Anecdotally, this often occurs between the prevocational resident years and vocational specialty training. Unfortunately, summer also brings an increase in the volume of presentations, especially those related to trauma and drug and alcohol issues. This can create a perfect storm for those of us feeling overwhelmed, causing burnout and with it poorer work performance and doctors requiring sick leave, further exacerbating the lack of staffing brought about by resignations and annual leave.

On New Year’s Day, instead of studying for the physicians exam like I should have been, I sat in the sun having a glass of rosé with a friend from medical school who is working as an emergency department resident. He told me he’d called in sick that day to come and drink wine with me. I was horrified (if still mellow), but he explained that he’d been regularly working an extra one-to-two 10-hour shift on top of his normal hours every week for the past month to cover other bone-weary residents calling in sick to an ED already severely understaffed due to resignations. The last shift he worked had involved a distressing, prolonged attempted resuscitation for a middle-aged woman in cardiac arrest. Her distraught family were present throughout. After finally calling T.O.D, my friend tried to take a minute to gather himself only for the consultant to tell him he was needed back on the floor. The waiting room was full and there just simply wasn’t time to process events, it would have to be done later on his own time.

Exhausted and a little bit broken, my friend sensibly saw his GP, who advised he needed a break and provided a medical certificate for three days of sick leave. Of course, the residents called in to cover him were subjected to exactly the same pressures that resulted in my friend needing time away from work.

Staff shortages don’t just create problems for doctors; there is immense pressure on hospital administration to provide adequate staffing when it simply isn’t available. NSW Health has employed measures to combat the yearly exodus. Many NSW Health contracts state that resigning from a previous NSW Health position before the agreed upon end date is grounds to terminate a new contract. How often this is actually enforced is unclear, given that it would likely propagate the problem of lack of staffing to a new network.

It would be easy to say that it is selfish to resign before the end of your contract, leaving your colleagues to shoulder additional workload. However, this ignores the underlying problem. I don’t think this phenomenon occurs because junior doctors are selfish, but rather because they’re trying to survive the stresses and pressures of training and keep themselves intact. It also doesn’t help that the public system fails to engender a sense of institutional loyalty. There are good reasons why junior doctors can no longer undertake the entirety of their training in one institution. Moving networks annually, working contract to contract can be a mutually beneficial arrangement, but it does mean JMOs are not part of a greater whole.

In the case of severe burnout, JMOs are making the difficult decision to burn a bridge with their current institution and recharge before they self-immolate. A culture where the idea of self-care is normalised, rather than one that expects the ability to dig a little deeper to be infinite, will be just as vital for fixing this issue as the actual provision of extra staff.