A familiar figure in medico-politics, AMA (NSW) Councillor, Dr Kathryn Austin is ready to take the next step – and she wants more women to join her.

There’s a scene at the end of Season Four’s Madam Secretary, where the show’s main character turns to her husband and says, “When the time comes I want to run for president.” To which he responds, “I know.”

“I just love that scene,” says Dr Kathryn Austin. “So often the people around you see your potential before you can really see it yourself. And when you finally go after that goal, the only one surprised by that is you.”

It’s little wonder Dr Austin relates to the show, which features a smart, politically-savvy woman as Secretary of State. The 39-year-old sub-specialist obstetrician/gynaecologist exudes the same gutsy determination, confidence and passion as Secretary McCord, and similarly, holds her own political ambitions.

“I would like to see a real shift in the way we do medico-politics with more women involved and because of that I do want to pursue leadership positions over time that are appropriate,” she says.

While too circumspect to declare her own ambitions to be Federal AMA President, Dr Austin admits the thought has crossed her mind. She recalls former Federal AMA President Dr Rosanna Capolingua figuratively tapping her on the shoulder in 2007 and saying, ‘one day I hope you come back as head of this organisation.’

While Dr Austin was a third-year medical student at the time – it planted a seed of ‘what if’?

“The hard part is it’s got to come at the right time,” she says.

Since that conversation 12 years ago with Dr Capolingua, Dr Austin got married in 2010, had a son, Sam, now aged 4, completed her subspecialty training in maternal fetal medicine in January 2019, and is currently working as a staff specialist on locum contract at the Royal Women’s Hospital.

While Dr Austin’s pathway through medicine has been fairly straightforward, it’s felt longer than most. She’s known since Year 2 that she wanted to be doctor. She’s always been outspoken and driven – an SRC in public school, a prefect in high school, and captain of both the swimming team and the netball team. She got good grades, excelled at sport, and didn’t like getting into trouble.

A friend recalled that during her student days Dr Austin was, ‘the really annoying one. She was good at everything. You wanted to hate her, but you couldn’t hate her because she was too nice.’

Guts, wit and charm will take you a long way in any profession, but the other key factor for Dr Austin will be her timing.

The world of medicine has evolved significantly for women since the first female medical practitioner, Dr Constance Stone, was registered in this country in 1890. Gender equity in the medical profession has slowly been gaining momentum – even within the last 40 years, we’ve seen the number of women enrolled in medicine double from less than 25% in the 1970s to more than 50% in 2015.

But there appears to be a lag in equal representation among women in medical leadership positions. In 2016, fewer than 12.5% of hospitals with more than 1000 employees had a female chief executive, only 28% of medical schools had female deans, and only one-third of the state and federal chief medical officer or chief health officers were female.

“We haven’t seen a real difference in leadership within medicine yet, and that’s across the board. Although we are starting to see some change within medico-political organisations like the AMA, I think within Government organisations, medical defense organisations, and within the Colleges, we need greater female representation in positions of authority,” Dr Austin says.

She says this can partly be attributed to the hierarchical nature of medicine; the perception being that you need decades of clinical experience before you make that natural progression into a leadership role.

In an article presented by The Conversation, authors Helen Dickinson and Marie Bismark suggest other  barriers to women entering leadership positions include perceptions of capability, capacity and credibility.

Despite women being intellectually capable of performing in leadership positions, they may lack the self confidence to undertake these roles or put the themselves forward for positions of greater authority.

The second obstacle they identified was capacity – referring to that struggle many women face to balance demands of caring responsibilities, whether that be for children or aging parents.

And lastly, they pointed to credibility as being another hurdle – with many organisations placing a higher value on what are perceived as masculine traits.

“We need to shift the current paradigm and consider the experiences that many people are coming to medicine with – business leadership, legal backgrounds – the pathways through medicine are varied and we need to recognise and promote this when considering people for these positions rather than simply age and experience,” Dr Austin says.

“We also need to look at how we determine what makes a good leader and consider female traits as potential assets for these roles.”

It’s been said that the system is built for women to work like men. When they don’t, they tend to be financially disadvantaged and/or work very long hours. But how do we change the system to benefit all?

According to Dr Austin, we need to design a system that accommodates women, not excludes them.

“If we’re going to create a system that includes women, we need structures tailored to include them,” she says.

Dr Austin adds that organisations have a big part to play in addressing the structural barriers that exist for women.

“We need to do more to empower women to pursue positions of leadership and address the barriers that prevent them from reaching these positions.

“Often there is a lack of knowing that those positions are available and how they might fit in with the rest of their working life. Frequently, women are trying to balance children and partners and their careers, and they don’t know how they can fit it all in. That’s when it’s an organisation’s responsibility to say, ‘we can support you in all of this.’

Dr Austin understands first-hand how important this is.

During her stint on the Federal AMA board, her pregnancy was often referred to as the ‘12th man on the Board’ and even after her son was born, the Board made accommodations for her to be present at meetings by arranging flights for her and her newborn son. Dr Austin’s father-in-law babysat Sam while she attended meetings, and she was supported to breastfeed as required.

“I felt totally supported all throughout my pregnancy and in those early newborn stages to continue to do what I loved – and that was very empowering. The whole Board came together and said, ‘we still want you here, if you want to be here’. There was never a question that that might be too difficult, or that I wouldn’t be able to handle it.”

As she’s stepped up through the ranks of her medical career, Dr Austin has also benefitted from the encouragement of her colleagues – both male and female.

“Making that transition from a junior doctor to a senior doctor – there is a lot of stress, and you feel like you never quite know enough and you’re never quite good enough. But I had so many people say, ‘we believe in you, we just need to make you believe in you’ and that was also very empowering.”

From intent to action 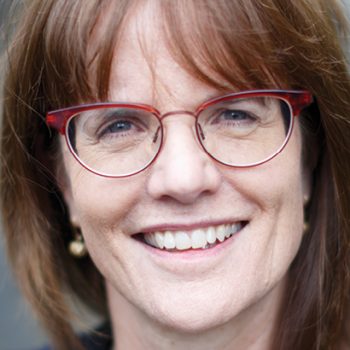