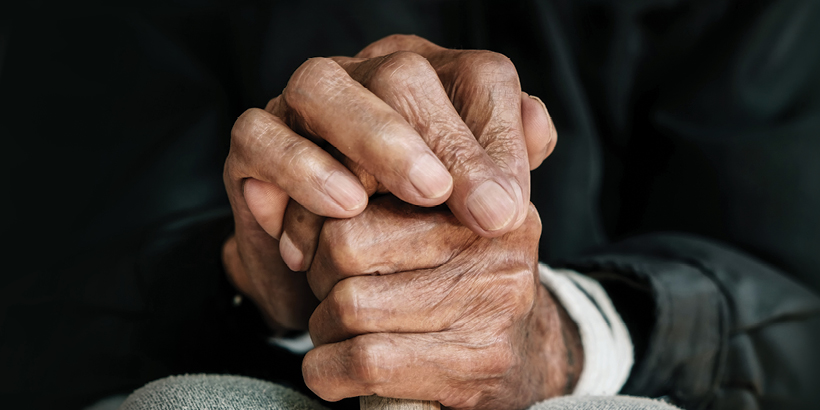 The medical profession is ideally placed to identify incidents of elder abuse due to the ongoing relationship of trust with older patients.

Media reports of a growing epidemic of elder abuse in Australia underscores the importance of this issue and how it impacts upon both the medical and legal professions. This is particularly critical in the lead up to the Commonwealth Government’s National Plan on Elder Abuse to be released at the end of 2018. The National Plan was a recommendation of the 2017 Australian Law Reform Commission report Elder Abuse – A National Legal Response.

What is Elder Abuse?

Elder abuse does not have a single, legal definition. The WHO standard is often referred to, which defines elder abuse as “a single, or repeated act, or lack of appropriate action, occurring within any relationship where there is an expectation of trust which causes harm or distress to an older person”. Elder abuse can include physical abuse, emotional abuse, financial abuse, sexual abuse and neglect.

Older women are significantly more likely to be victims than older men, and most abuse is intergenerational (e.g. involving abuse of parents by adult children), with sons being perpetrators to a greater extent than daughters. Other common risk factors include when the older person has cognitive impairment or another disability, is isolated, or has a prior history of traumatic life events.

There is limited evidence as to the prevalence of elder abuse. The Australian Longitudinal Study of Women’s Health (2014), one of the few studies to be conducted, estimated that approximately 8% of a cohort aged 85 to 90 had experienced some vulnerability to abuse. This study also assessed neglect at a rate of about 20%. Anecdotally, Community Legal Centres and Seniors Rights Services in Australia are seeing an increase in the number of elder abuse cases.

In February 2018, Attorney-General Christian Porter announced that the Commonwealth Government would develop a National Plan to address elder abuse in Australia by the end of 2018.

The National Plan will have five goals: promote the autonomy and agency of older people; address ageism and promote community understanding of elder abuse; achieve national consistency; safeguard at-risk older people and improve responses; and build the evidence base.

In anticipation of the National Plan, the Seniors Rights Service in NSW recently released a report on 29 May 2018 following consultation with, and in conjunction with, community advocates, consumers, leaders and service providers Abuse of Older People: A Community Response. This report is intended to set out an agenda from the ageing community to address and reduce the risk of elder abuse. It makes a number of recommendations for Government which are intended to feed into the development of the National Plan.

The medical profession is ideally placed to encounter and identify early incidents of elder abuse due to the ongoing relationship of trust with older patients. Doctors are often in a position to question a patient if they suspect abuse as they may do for other forms of family violence.

Doctors, however, have been limited in their ability to deal with suspected abuse, particularly when the patient denies abuse or when there are concerns that reporting suspected abuse may either compromise a therapeutic relationship or result in further negative consequences for the patient.  Doctors have also had a lack of knowledge about reporting or referral options. The Senior Rights Service Report identifies that there has been a limited amount of work done to date to provide early intervention strategies for those that are on the front line.

It is clear that more training would benefit doctors and all health practitioners who deal with suspected elder abuse. This could include training on how to identify abuse, particularly when the signs are subtle, and information on appropriate referral pathways. Screening tools have already been developed and there is currently a pilot study in NSW that aims to improve detection and support of older patients at risk of abuse (Elder abuse: The role of general practitioners in community-based screening and multidisciplinary action, Australian Journal of General Practice,  Ries N & Mansfield E, Volume 4, No. 4, April 2018)

Lawyers are increasingly advising on all aspects of elder abuse. The most common being financial abuse. Lawyers also need training to ensure that when preparing a will, power of attorney or other legal documents, that the client is competent to make a decision and can provide instructions. It is not uncommon for a lawyer to ask a doctor to assist in the assessment of a client’s mental capacity. The lawyer should properly brief the doctor in that situation, so the role of both the lawyer and doctor is clear. The NSW Law Society released in May 2018 a pro forma letter for lawyers to use in requesting assistance from doctors in assessing mental capacity.

It is likely that the landscape with regard to how the Australian community deals with, and responds to, rising incidents of elder abuse will change over the coming years. It is becoming clear that with an ageing population, both doctors and lawyers will have to confront issues relating to elder abuse more frequently. Grappling with these issues now and providing some useful tools will make it easier to help patients and clients when they need help in the future.