The pitfalls of privatising prison healthcare 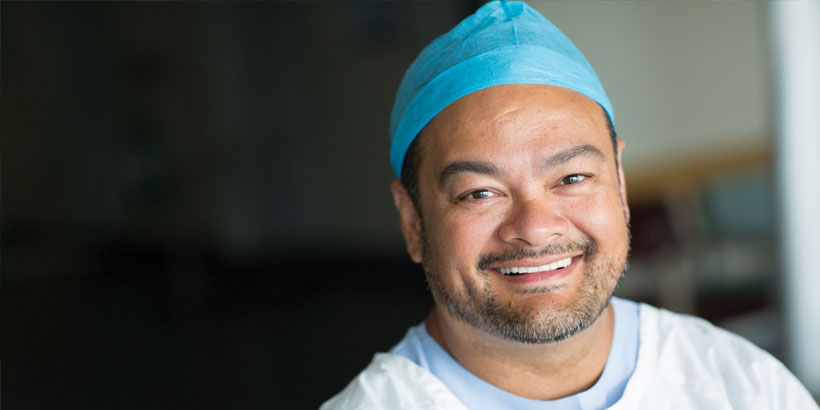 Associate Professor Kelvin Kong spoke with The NSW Doctor about his pathway into medicine, his mentors and his desire to see a national approach to curing ear disease.

A lot of six-year-olds like to play at being a doctor, inspecting teddy bears with plastic stethoscopes and testing reflexes with a rubber hammer on their sisters’ knees.

But when A/Prof Kelvin Kong was a child, pretend play took a back seat to first-hand experience.

“Medicine has always been fascinating to me. My mum was an early pioneer as an Aboriginal nurse. As a consequence, our house was always filled with people coming around for medical advice. Whether that be our immediate family, our extended family – everyone would come to our place for removal of sutures, vaccinations, immunisations, all those kind of things.

As a result, he says he would fight with his sisters over who would cut the sutures, do the dressings, and any other assistance they could provide.

A/Prof Kong grew up in Shoal Bay, as the son of a Chinese doctor, Tony Kong or Kong Cheok Seng, and an Aboriginal nurse, Grace Kinsella. His parents separated when he was three and his father returned to Malaysia. His mother worked to support Kelvin, alongside his twin sisters Marilyn and Marlene and he was surrounded by a large extended Aboriginal family. His family hails from the Worimi people of Port Stephens.

“The house was always filled with lots of joy, because our house was a hub of activity,” A/Prof Kong reflected.

It wasn’t until high school that he questioned why so many would come to his mother for medical treatment, instead of going to the hospital.

“Then you start realising that there was a paucity of access to healthcare for our family, extended family and Aboriginal people. Mum was acting as a health practitioner for all kinds of issues. I realised later that the role that she was fulfilling was actually quite enormous.”

A/Prof Kong says his mother, who was one of the first Aboriginal nurses in Australia, was an early mentor for him and extremely inspirational.

“Mum was a superstar – she always encouraged education, education, education. My sisters are both doctors as well, and they were actually leading the way for me because I was following in their footsteps. So when you have this mini-critical mass it made it a lot easier.”

His sister Marilyn became Australia’s first Indigenous obstetrician, while his other sister, Marlene, is a GP.

As for A/Prof Kong, he became the first Indigenous surgeon in Australia, specialising as an ENT. It’s a distinction he is somewhat hesitant about.

“It’s an awkward situation because one of the things I always say is that there were traditional healers in our society for thousands of years, so I’m the first surgeon in the Western sense, but in a medical sense there were Aboriginal surgeons before me…

“And the second part of this is, I think some of it is thrust upon you in terms of expectation, and I don’t mind that so much, but we need to make sure that we are trying to change the system. As an individual there is only so much that you can actually do.”

A/Prof Kong is quick to credit his mother and aunties and uncles who supported him throughout his journey.

“I think back to those early days, when I was chasing football dreams and it was my nan who pulled me aside and said, don’t worry about that – you’ve got bigger things to achieve and bigger things for our people. I was in tears after that conversation, but she saw the big picture, as did my mother, as did my aunties and uncles who used to feed me and make sure I had a roof over my head and plenty of time to study – I stand up on their shoulders and appreciate their sacrifice.”

A/Prof Kong is passionate about working to improve health inequalities in Australia, and he says the prevalence of ear disease is one of the biggest disappointments in closing the gap.

“I realise I’m very biased towards this – there are a lot of competing interests in terms of closing the gap, which are all very important and I don’t deny that for one moment. But I’m really disheartened that hearing and ear health has such a low priority on all of those aspects.

“One of things that really frustrates me is that this is something that is really curable. I’m really pushing for a national approach to ear disease, because we need to bring parity to the Indigenous population.”

According to A/Prof Kong research indicates more than 90% of prisoners have hearing loss and suggests the direct link between hearing and learning means more Indigenous Australians are missing out on an education and an opportunity to be productive, contributing members of society.

“If you treat ear disease at an early stage, could we change life trajectories? Absolutely,” he says.