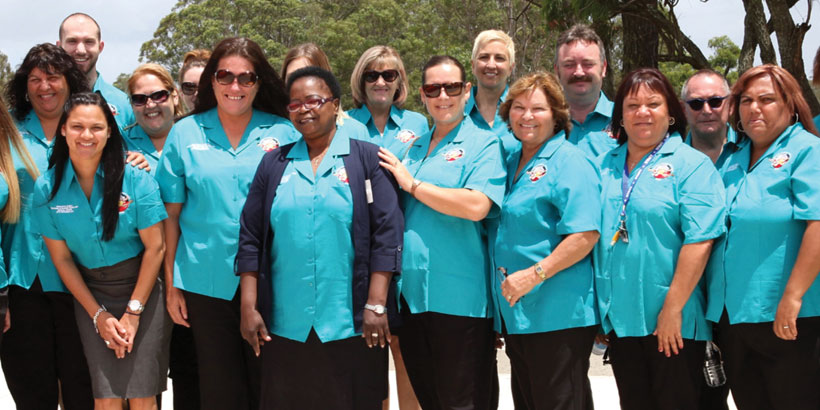 If communities and individuals are empowered it is more likely that money spent will lead to progress, write Prof Sir Michael Marmot in this account of his visit to Tharawal Aboriginal Corporation.

It is easy to find accounts of Australian aboriginal health – strictly Aborigines and Torres Strait Islanders – that are lacking in hope. The standard narrative is that billions have been spent, but Aboriginal families are characterised by violence, alcohol, drugs, worklessness and high rates of crime.

Billions have been spent and Aboriginal health is bad compared to the non-Indigenous population – 11 years shorter life expectancy for men and just under 10 years for women. But a different account says that when people’s lives are characterised by betrayal of trust and systematic destruction of identity and self-worth leading to powerlessness perhaps it is no surprise that this spiritual sickness can lead to destructive behaviours. Money spent is not irrelevant. But the psychosocial issues are central. My starting position is that if communities and individuals are empowered it is more likely that money spent will lead to progress.

On my recent trip to Sydney to give the first Boyer Lecture for the ABC, the Australian Medical Association wrote to ask how they could help. I said I would like to see examples of doctors in action on social determinants of health. Prof Brad Frankum, President, and Fiona Davies, Chief Executive of the New South Wales Branch of AMA took me to Tharawal Aboriginal Corporation in Campbelltown, a suburb 50 km southwest of Sydney. Sydney spreads and spreads and spreads…

As I understand it, the two names are emblematic of Australian history. The Tharawal people were the original Aboriginal residents of the area. The Colonial Administration established a settlement named after the Governor Macquarie’s wife, Elizabeth Campbell. Indigenous people make up over 3% of the Campbelltown population, compared to 1.2% of greater Sydney.

The centre was an inspiration. I was shown around by two enthusiasts, Aboriginal women, who were key in the administration. I was also greeted by one of the doctors, Tim Senior, with a sign that read: Welcome to Fantasyland.

The evening before, on ABC Television’s national discussion programme, Q&A, I had talked of a fairer distribution of power, money and resources, and was told I was in Fantasyland. This Aboriginal centre was making a difference. It was making fantasy a reality.

Among its many roles is providing medical care. But it is a prime example of what we mean by doctors working in partnership. As I went round the centre, I was shown where the antenatal classes took place, and activities at every stage of the life course: from early childhood to older age.

“Bringing them home” is significant. A psychologist at the centre told me that she works with the psychological consequences for children and the family of a child’s removal from home. I asked if she was talking about the stolen generations – Aboriginal children taken from their families between the 1890s and 1970s with the presumed intent of destroying Aboriginal culture. The psychologist said that it is still going on. Children are removed because of family disruption, but the consequences are severe.

There is also a variety of services that deal with the reality of people’s needs. Not to mention subsidised fruit and vegetables to make healthy eating more of a possibility.

We then came to the part of the Centre that dealt with drug and alcohol problems. I said to the woman in charge: ‘you must have the toughest job in this whole centre?’

She showed me a painting on the wall. The man who painted this had come to the centre with huge problems of drugs, alcohol and domestic violence. By the time he left, the centre had made a huge impact on him. He came back with this painting to say thank you.

I hold no illusions. There are deep-seated structural problems that account for the dramatic life expectancy gap between Indigenous and non-Indigenous Australians. But I challenge anyone to come away from a visit to Tharawal and say it is all hopeless. I saw evidence of community empowerment: a community controlling the services needed for its population. To repeat, funding for services is vital, as are good schools and job opportunities. But here was a centre dedicated to improving things for its own community. Inspiring, indeed.

This article was reproduced with permission from Prof Sir Michael Marmot, one of the world’s leading advocates for health equality.