What happens when Stephen Duckett has a bad day? 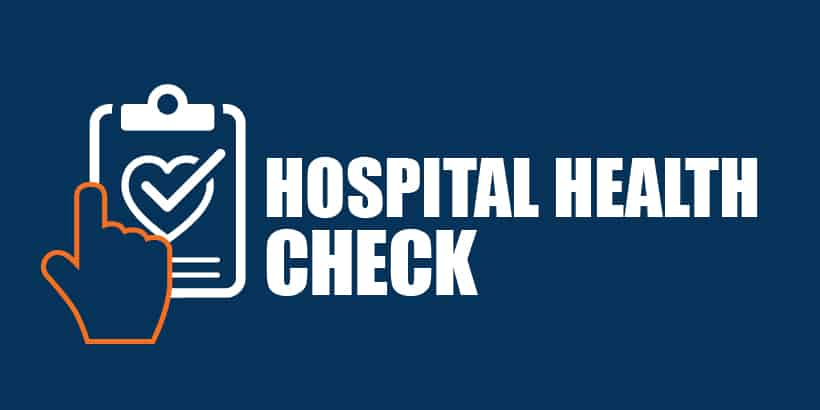 The results are in from our third annual Hospital Health Check survey, which asked doctors-in-training to rate their workplaces. Did your hospital make the grade?

In 2019, the AMA (NSW) Hospital Health Check (HHC) was completed by nearly 2,000 doctors-in-training, which is a significant improvement on previous years.

In fact, it’s almost double the number of people who completed the inaugural survey in 2017.

There are some exciting results to report from this year’s results, namely that overall A ratings have been awarded for the first time in the NSW HHC’s three-year history.

In even better news, not one, but two hospitals – Wagga Wagga and Belmont – were given this grade.

This is especially pleasing for Wagga Wagga – given the hospital’s strong performance in past HHCs, where it has consistently been awarded Bs.

It’s a testament to the hard work and the priorities being made at Wagga Wagga that the doctors-in-training have responded the way they have.

It’s also excellent news for Belmont, which improved from an overall C to an A in the space of 12 months.

Given that the most common overall grade continues to be a C, it’s worth emphasising just how strong an improvement that is.

At the other end, the lowest overall grade given to a hospital this year was a C, which is an improvement for the three hospitals given an overall D last year.

And even though Wollongong was given a D for the wellbeing of its DITs, it has increased its standing from the F it was awarded last year.

The lone F given out this year went to Tweed Hospital in the Wellbeing category. While disappointing – and something AMA (NSW) will be looking into – this is still an improvement over 2018 results which awarded three Fs across the Wellbeing and Overtime and Rostering categories.

The biggest upturn in grades was seen in the Overtime and Rostering category. In 2018, there were 10 Ds and an F awarded in that category; this year the lowest grade was a D – given to Blacktown.

The biggest mover in the Overtime and Rostering category was Canterbury Hospital, which received an F in 2018, and jumped to a C in 2019.

Additionally, the first ever A rating in Overtime and Rostering was given to Belmont.

This year’s across the board improvement is very encouraging given that state-level advocacy only recently made it much easier for doctors-in-training to claim their unrostered overtime.

Previously, DITs were only able to apply for unrostered overtime without prior approval if it resulted from the following:

They can now apply for unrostered overtime without prior approval in the additional following circumstances:

We know that more overtime is being claimed and more is being paid.

We are looking forward to the results of similar surveys in 2020 which should show further improvements in DITs’ access to overtime payments.

Despite these positives, the HHC has uncovered a discrepancy between men and women claiming overtime payments. While 28% of men claim all of their unrostered overtime, only 19% of women do the same.

We encourage all doctors-in-training to be claiming their unrostered overtime but particularly female DITs.

Because of this, we’ve approached the Health Minister and he’s agreed to chair a committee on gender equity in medicine. We want it to look at issues beyond just this one, but we know that getting paid for unrostered overtime worked is a very important issue for doctors-in-training and that makes it a high priority for us.

The other problem highlighted by answers to the Overtime and Rostering questions is one of specialty.

Radiology, psychiatry, and anaesthetics trainees are the most likely of all training groups to claim none of their overtime.

These figures point to a strong difference in culture between surgery and non-surgery specialties – particularly these three – that needs to be addressed.