Looking for Robert Johnson: A journey through Mississippi 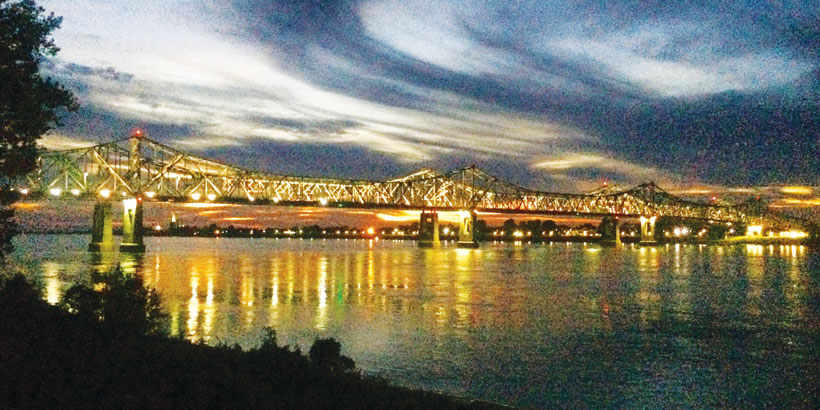 ‘I went down to the crossroad, fell down on my knees
Asked the Lord above ‘have mercy, now save poor Bob, if you please’

So sang Robert Johnson in 1936 prior to his untimely death due to poisoning in 1938 at the age of 27. Johnson’s brief contribution of 29 songs recorded prior to his death later had a profound influence in rock and roll with artists such as Eric Clapton, The Rolling Stones, Led Zeppelin and the new Nobel Laureate Bob Dylan all acknowledging their debt. The “official” site of the Crossroads where Johnson reportedly made a deal with the devil to play the finest blues guitar is at the intersection of Highways 49 and 61 outside of Clarksdale, Mississippi. However, everyone knows that the real truth is out there somewhere. So, what better excuse for a week’s driving holiday in Mississippi between New Orleans and Memphis.

A walking tour of the French Quarter of New Orleans, which included a visit to the crypt of Marie Laveau, the famous voodoo priestess in the St Louis Number One Cemetery, laid the foundation for future adventures. I then travelled towards Mississippi in a rented little blue Toyota Yaris with Nevada plates, nicknamed “RJ” for the trip. The first night was spent in a dog-friendly hotel in Hattiesburg, Mississippi, where I was greeted by two enormous hounds as they emerged from the lift ahead of their owner.

The next morning I trekked across Mississippi from Hattiesburg to Natchez on State Highway 98, a much more pleasant rural driving experience than the busy freeways of New Orleans with large numbers of trucks and SUVs competing for the available lane space at speed.

Natchez, on the Mississippi River, was once one of the richest towns in the South, courtesy of the slave cotton economy. It still has considerable charm as no civil war battles were fought in the area. Lots of beautiful old Southern homes, churches and a synagogue remain, although it a sobering thought that the beautifully-restored Stanton Hall, one of the finest homes in the town, was built by 400 slaves located on the Stanton plantation in adjacent Louisiana.

Smoot’s Grocery is a juke joint (a local music venue where Robert Johnson used to perform), but unfortunately local musician “Deak Harp” performed the night before I arrived.

The next day RJ and I ventured up the Natchez Trace National Parkway to Vicksburg. The Natchez Trace Parkway is an ancient transit route used by dinosaurs and First Nations before becoming popular with European settlers travelling into the South. Tranquil stretches of forest line the current road with little other passing traffic apart from the occasional Highway Patrol officer checking that RJ and I did not exceed the 50 mph speed limit. Vicksburg was very much involved in the American Civil War. General Ulysses S Grant established his military reputation with a Union victory over the Confederacy (and control of the Mississippi) with most of Vicksburg being destroyed in the process. A very impressive and moving military memorial park at Vicksburg commemorates the battle. My B&B accommodation in Vicksburg, the Duff Green Mansion, was crucial to the survival of part of the town. Mr Green turned his grand residence into a hospital for both Union and Confederate troops, placing the Union troops on the second floor to dissuade the Union gunboats on the Mississippi from strafing the mansion and adjoining area. This strategy worked although there s a commemorative cannon ball hole in one of the ceilings.

On to Greenwood where Robert Johnson once had three potential grave locations, being initially buried in an unmarked grave that became a major point of interest after the release of his collected songs on CD in the mid-1990s with more than one million copies being sold.

Recent information has reliably placed the grave under a shady tree next to the Little Mount Zion Church, a church built by slaves over 200 years ago as they ferried the timber up the adjacent Tallahatchie River (where Billy Joe McAllister jumped off the Tallahatchie Bridge according to the song by Bobbie Gentry). Sylvester Hooper (www.deltablueslegendtours.com) runs tours out of his store in Baptist Town in Greenwood of the relevant Robert Johnson sites in the area (the grave, the site of the Juke Joint where he was playing when he was poisoned, and the site of the “real crossroad”).

From Greenwood, it was on to Clarksdale up Highway 61. Clarksdale has a good Blues Museum (that contains the actual cabin where Muddy Waters grew up), adjacent to the Ground Zero restaurant and music venue part owned by Morgan Freeman. The next day I made a brief visit to Friars Point, a small riverside community, passing the fields of raw and harvested cotton, about 20 minutes north of Clarksdale. Friars Point does not appear to have changed much since Robert Johnson was reported to have a particularly good time there (commemorated in his “Travelling Riverside Blues” and Led Zepplin’s “Lemon Song”.

Then I drove on, past Robinsonville where Robert Johnson first experienced the Blues, and Tunica which houses his marriage registration to Virginia Travis. From there, I travelled on to Memphis where RJ and I parted company. The great music on Beale Street along with visits to Graceland, Sun Records and the excellent National Civil Rights Museum (situated behind the Lorraine Motel, the site of Martin Luther King’s assassination) provided a fitting finale to the “Robert Johnson in Mississippi” travel experience.

Associate Professor Robert Parker is President of AMA (NT) and an avid blues fan. If you’re am AMA member and you’d like to submit a Travel Column, please contact Andrea Cornish.