Mandatory reporting rules under the microscope 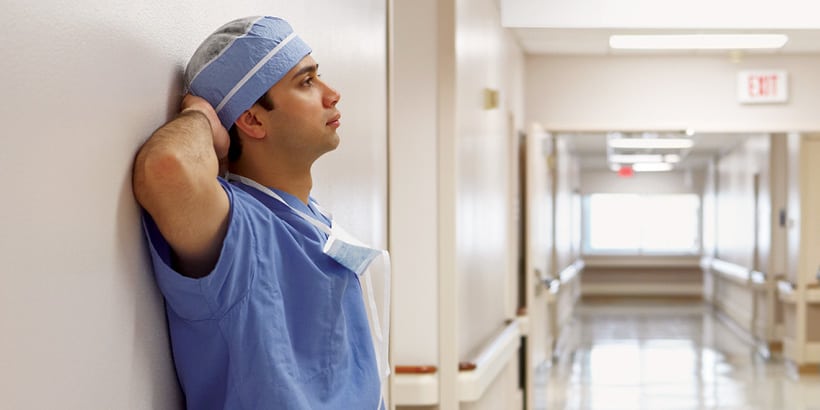 The JMO Forum held in June revealed changes are needed to help overworked, underpaid and burnt out junior doctors.

MANDATORY REPORTING rules could be revamped in an effort to encourage doctors to seek help for mental health issues.

“In my discussions with young doctors, it has hit home to me that the system is not working as well as it should to protect them, particularly those in specialty training programs,” Mr Hazzard said.

“Junior doctors are also concerned that they may be reported if they consult a doctor about mental health issues,” he added.

The Medical Council of NSW has already flagged it would support changes to mandatory reporting laws to exempt health practitioners from reporting doctors under their care.

Beyond Blue welcomes changes to mandatory reporting laws, indicating that the organisation was aware of doctors seeking mental health resources in other states or territories to avoid any repercussions to their medical career.

The organisation indicated it will circulate a mental health strategy to every hospital in Australia from August that includes a recommendation that senior doctors speak openly to their staff about their own mental health concerns.

NSW Health is also looking at other ways to improve the mental health and wellbeing of junior doctors, including restrictions on the number of hours doctors are allowed to work.

Doctors-in-Training Committee Chair, Dr Tessa Kennedy told the forum of her experiences working as a junior doctor in NSW – being over-worked, overtired, and overstressed.

“Personally, I’ve worked back to back 16 hours shifts, 90 hour weeks and then gone home to study. I’ve felt unable to call in sick because there is no one to cover me. I’ve regularly stayed hours late to complete all tasks required for my patients, only to be told I can’t claim any overtime. I’ve caught myself falling asleep driving home from night shift at a rotation 90km from home. Three friends have crashed their cars in this situation, one into her daughter’s daycare. I’ve had a sleepdeprived panic attack before a high stakes college exam. I’ve sat in my car and cried inconsolably after a near miss for which I felt culpable. I’ve worked with a consultant for three months who only communicated with me through his secretary, and never remembered my name.”

She added, “As the doctors in the room will tell you, there’s nothing remarkable about these stories.”

A further 31% rated their hospital’s support for their mental health and wellbeing as poor or very poor.

The survey also revealed that a number of junior doctors are being underpaid. Eighty-nine percent said they are not paid for all the unrostered overtime, and 46% aren’t paid for any of it.

Another 42% indicated they have experienced bullying or harassment, and 53% have witnessed a colleague being bullied or harassed at their hospital. And yet, 66% are concerned there might be negative consequences in their workplace if they reported inappropriate workplace behaviours.

“This is unhealthy not only for us, but for our patients, who are at increased risk of harm when DITs are working in these conditions. But it doesn’t have to be this way,” Dr Kennedy said.

“The only way we are going to make progress on this issue is by working together, by considering what we can each do in our patch to help reduce the burden of psychological distress, allow for safe and accessible management of mental ill health when it occurs, and prioritise the things that permit resilience in the face of future stressors for all doctors, starting with those in training.”