Unaccredited registrars: have they been forgotten? 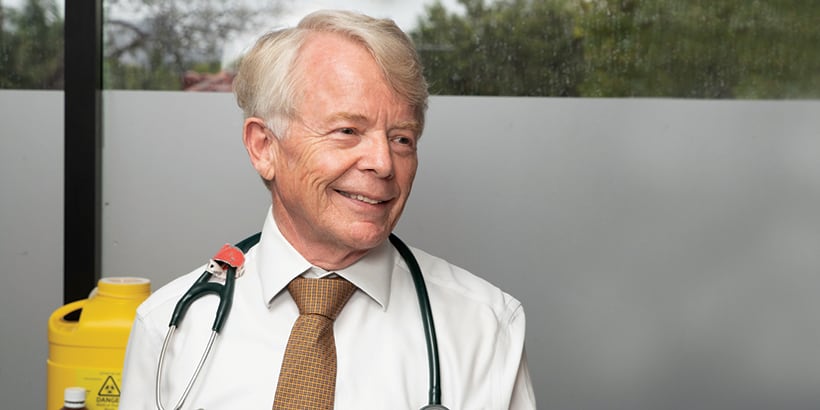 I’ve recently combined my transition to retirement with a house move. This involves the necessary packing and unpacking of memorabilia of past activities, including news clippings collected during my term as President of AMA (NSW) in 2008-2010.

Despite the passage of time, it was a reminder of how much has stayed the same.

In April 2009, a new strain of influenza, a virus called ‘H1N1 2009 influenza’, (swine flu) was identified in Mexico. Due to the speed the virus spread around the world and being a new strain of flu, the World Health Organisation declared it a pandemic in June 2009.

As President of AMA (NSW) in 2009 I was quoted: “Swine flu cases are likely to peak in NSW next month as children return to school after the holidays.”

Fast-forward 12 years and one could write the same sentence by simply substituting ‘COVID-19’ for ‘swine flu’.

This got me thinking about what other potential learnings from that previous pandemic are being ignored this time around.

In July 2009, I was interviewed by the Sydney Morning Herald and stated that Governments should put money into the health system to ensure highly qualified and trained nurses and doctors are available in preparation for a more virulent virus in the future.

And yet, despite this warning, media headlines today tell of staff shortages, ambulance ramping, and the crisis in our health system.

In addition to the health costs associated with COVID-19, the system must now deal the downstream effects of limited preventive screening and elective surgery stoppages that occurred in the height of the pandemic.

Then again, elective surgery waitlists were a challenging issue even before the first confirmed case in Australia was identified on 25 January 2020.

One unique issue that the COVID pandemic has highlighted is the blame-shifting between State and Federal Governments, which has become a problem for both public hospitals and general practice.

During the pandemic, Governments relied on general practice to provide greater than 50% of COVID vaccinations for a pittance, on top of usual patient care. That general practice stepped up to the responsibility of this task demonstrates the high ethical standards and commitment to providing quality care that providers have.

I have a cynical observation that the Budget ignored providing increased health funding because all health workers did too good a job caring for our community.

If we are going to meet the healthcare challenges of the future, then Governments need to implement innovative funding solutions – not the same funding models that have contributed to the crisis that exists today.