The journey that lies ahead 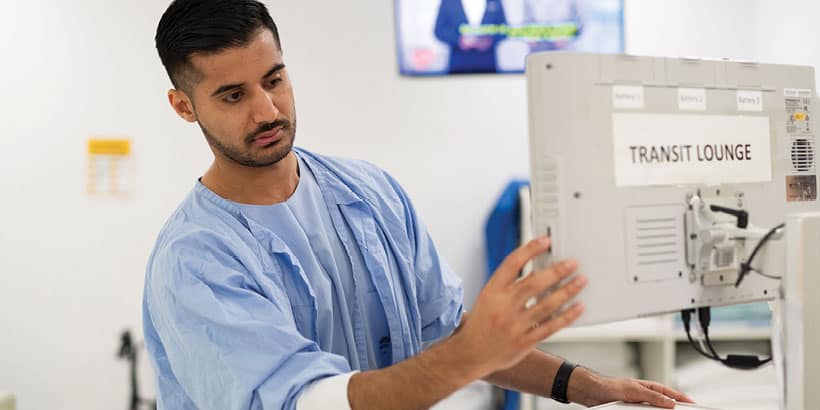 Are you clocking out on time? Probably not if you’re anything like the doctors-in-training who answered our surveys. AMA (NSW)’s Victoria Patterson explains what the Alliance is doing to solve unrostered overtime.

The issue of unrostered overtime (UROT) is a recurring theme. More than 1100 doctors-in-training (DITs) participated in the 2017 Hospital Health Check (HHC) survey and the results demonstrated that it is unsurprisingly rare for respondents to work their ‘standard’ hours. The significance of this issue was further underscored during the JMO Safe Working Hours Workshop hosted by the Ministry of Health (MOH) in November 2017, where participants identified UROT as a contributing factor to unsafe working hours and poor mental health in JMOs.

The results from the 2018 HHC survey reveal that not much has changed.

Both surveys found that the top two reasons for respondents not claiming UROT was ‘workplace cultural expectations’ and/or their UROT ‘generally doesn’t fall under “approved” reasons’.

The DIT Committee (DITC) resolved at the July 2018 meeting to form Industrial Working Groups (IWG) to investigate the main issues affecting DITS including UROT, Safe Working Hours and the JMO Award. The UROT Working Group had their inaugural meeting in September 2018. A robust discussion identified an exhaustive list of 18 factors that contribute to JMOs not receiving payment for unrostered overtime, including workplace culture, rostering practices, and insufficient funding of hospital departments, among other things.

These factors were grouped into three categories – policy, process and culture – to dissect the complex and multifaceted components of each factor and to identify which key stakeholders to engage to effect change.

The UROT Working Group identified that the current Ministry of Health policy governing Employment Arrangements for Medical Officers in the NSW Public Health Service is inconsistent with clause 11 of the Public Hospital Medical Officers (State) Award 2018, which recognises the rights of JMOs to claim overtime for “All time worked by officers in excess of the ordinary hours specified in clause 6, Hours of Work”.

Moreover, authorisation is automatically implied where the circumstances permit no other alternatives. This requires an analysis of every claim. Whilst there is support to expand the prescriptive ‘pre-approved’ list of reasons where unrostered overtime may be claimed without approval, it must be a non- exhaustive list.

The working group then identified that the Ministry of Health should aim to:

a.) Expand the list (which does not require prior approval) to include:

c.) Assurance that all alleged misconduct will be investigated & dealt with appropriately

The UROT Working Group then identified the process for claiming UROT is onerous, complicated and excessive. They also acknowledged that anecdotal evidence from hospitals that have implemented expanded ‘approver’ lists has resulted in more UROT being claimed.

As a result, they decided the Ministry of Health should work towards getting approval from NUMs, registrars and other members of the relevant department to authorise overtime, as well as a commitment to implement electronic claiming across NSW Health.

The UROT Working Group also looked at the very real and historic issue of entrenched workplace cultural expectations within the hierarchies of hospitals from registrars up to senior staff specialists, JMO managers and even Heads of Departments that either implicitly or explicitly discourage and/or condemn JMOs claiming UROT.

To combat these entrenched workplace cultural expectations, it was decided doctors-in-training would develop a campaign targeted at Senior Doctors to identify champions that would be vocal in driving a ‘cultural revolution’ to actively encourage JMOs to claim their overtime.

In late September, the DITC were informed that the MOH – recognising the significance of the issue – were undertaking a review of both the policy directive and the claiming process itself.

The MOH advised that any proposed amendments to the current system will require consultation with JMO managers and workplace managers / hospital administrators. In addition, the MOH noted that any changes will require significant bolstering of auditing and monitoring practices in all sites throughout NSW. The MOH also acknowledged the entrenched cultural expectations impacting JMOs’ willingness to claim UROT and agreed that the solution needs to include some element of enforceability at site level.

The Alliance wrote to the MOH in October, following a face-to-face meeting, asking the Ministry to agree to the proposed amendments to the current process as discussed at the meeting. These include:

The MOH provided a draft package that included a revised Medical Officer Unrostered Overtime Form to be implemented across the State to address the variations in claiming forms to facilitate a more streamlined and consistent claiming process. The package also contained a draft with proposed changes to the policy directive to address the issues identified above.

Unfortunately, upon revision of the proposed changes, the Alliance did not believe the changes were sufficient enough to address the current factors impeding JMOs from claiming their UROT and by extension, effecting systemic change.

We will continue to work with the MOH to amend the current policy.

Factors that contribute to JMOS not receiving payment for unrostered overtime