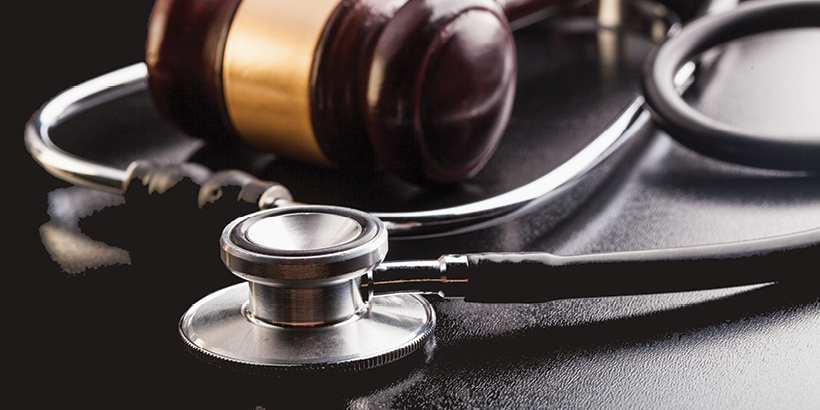 Faced with a crippling tax assessment, Dr Simon Holliday decided to fight back – not just for himself, but to protect other rural and regional practice owners in NSW.

In 2016, the state revenue office determined that the net earnings of five past or present contractors and Dr Holliday, as practice owner, were all subject to payroll tax over the previous five years.

This second assessment left him with a liability of $140,000, and a warning that if he contested this assessment, he would face an additional 20% penalty.

Dr Holliday, a general practitioner for 30 years in the regional community, described it as a major blow.

“And we were treated with such contempt,” he says, adding that there was complete indifference from the agency about the impact this tax would have on the delivery of healthcare services in the area.

“Nobody cares whether somebody is hurt on this matter. And nobody cares if fewer disadvantaged people will be able to access healthcare. Nobody cares if farmers who are struggling with the drought can’t access a health service, nobody cares about Closing the Gap with Indigenous people. This is not the issue for state revenue – that’s not their problem.”

Rural general practices struggle with medical recruitment. And like many rural and regional practice owners, Dr Holliday relies on international medical graduates to staff his surgery.

“It’s a very competitive task to get IMGs, they can pick and choose, and they want a guaranteed minimum when they start, they want education, and they want to get the best deal they can.”

Most IMGs prefer to be employed on a contractor basis, he adds.

“This was because naturally all are concerned the position may not be as lucrative as that described during recruitment,” Dr Holliday says.

This arrangement is not unusual among rural and regional practices. However, it did pique the interest of the state tax revenue department, which determined that if bulk-billing monies flowed to the practice account, they became the property of the practice before being paid to the contractor.

“Medicare pays the rebate to the patient. With what is known as bulk-billing, the patient can pass their rebate to the doctor who looked after them. Medicare law is clear the money is not paid to a third party.”

Faced with the complexities of tax law, trust law and contract law, many practice owners who have faced similar tax assessments have rolled over. But Dr Holliday decided to appeal the case to the Civil and Administrative Tribunal.

“My barrister said to me, you’ve really taken one for the team. And I did feel that we had to fight this one,” he says.

For Dr Holliday, several principles were at stake.

“If practice owners faced a 5.75% impost on the earnings of contractors, many may become unviable harming both the public, and the public purse,” he says. “The State Government has much invested in reducing presentations to emergency departments, improving suicide-risk detection, keeping the mentally ill out of jail, reducing traffic accidents and reducing the unequal health and mortality outcomes of regional populations. Losing GPs could set all these programmes back.”

He adds that the 5.75% tax levied by Revenue NSW disadvantages NSW practices in recruiting relative to other states, and also penalises practices that train GP registrars.

“I hoped the Tribunal hearing would be a chance to apply a brake to the Treasury’s blinkered approach to regulatory functioning.”

He was disappointed that none of these matters had any relevance to the hearing. The case only addressed the statute law and Common Law. Regardless, he was predominantly vindicated by the verdict.

The magistrate determined bulk billed money is money paid to the patient for their medical services, and if the doctor accepts the support payment then the patient can assign it to the doctor, they don’t assign it to the practice. Bulk billed monies cannot be construed as services in relation to work. That removed almost 94% of all monies the tax department had assessed Dr Holliday for.

Despite the win, the ordeal isn’t completely finished for Dr Holliday. The tax department issued him with a bill for $18,500, plus $5000 in penalty taxes. While he paid the first sum, he has contested that the $5000 penalty tax is unreasonable, given that more than 90% of the previous assessment was thrown out.

If they insist on the penalty tax, Dr Holliday says he is prepared to go back to the Tribunal.

“This is a big issue where we’ve got out of control tax revenue departments who their job is to generate revenue and not worry about the impact on health services or communities – their job is to raise revenue.”

Despite the emotional toll this has taken on his life, Dr Holliday has no plans of retiring. He has restructured his practice and moved to a new location within the town.

He became a doctor because he believed – and still believes – it is genuinely an important service and has some intrinsic value.

“It’s a very special thing to be able to help people through difficult times.”

And in rural or regional NSW, particularly in areas where people are facing drought or fires, or even both, the connection between doctors and their community is even closer.

“You engage with your community in many different ways,” Dr Holliday says. “They might be the teacher of your kids, but you’re also in community groups together and you may have looked after their mother, and their wife’s brother lives next door to you.

“General practices aren’t the glamour end of health. Hospital-based medicine is probably more prominent and where more funding is directed. But I think general practice is where the main grunt of healthcare occurs. And people really do appreciate having somewhere they can bring their fears and troubles and distress.”

The Tribunal determined the bulk billed fees were not payments to the Practice in Dr Simon Holliday’s case. Future payroll tax cases will be decided on the particular facts and circumstances of each case.

Many medical practices engage with medical practitioners on a contractual basis. Pursuant to the provisions of the Payroll Tax Act, some contractor arrangements may be subject to payroll tax.

Subject to a limited number of exceptions, a relevant contract is defined in the Act to include a contract under which a person (the designated person) during that financial year, in the course of a business carried on by the designated person, supplies to another person services for, or in relation to, the performance of work.

The matter was remitted to the Chief Commissioner of State Revenue for reassessment in accordance with Tribunal’s reasons.

Each case will be decided on the basis of its facts and circumstances. In this case, bulk billed fees were found not to be payments from the Practice to the GPs, but fees assigned by patients to GPs that were collected by the Practice. The finding in this regard did not extend to fees when patients were not bulk-billed.