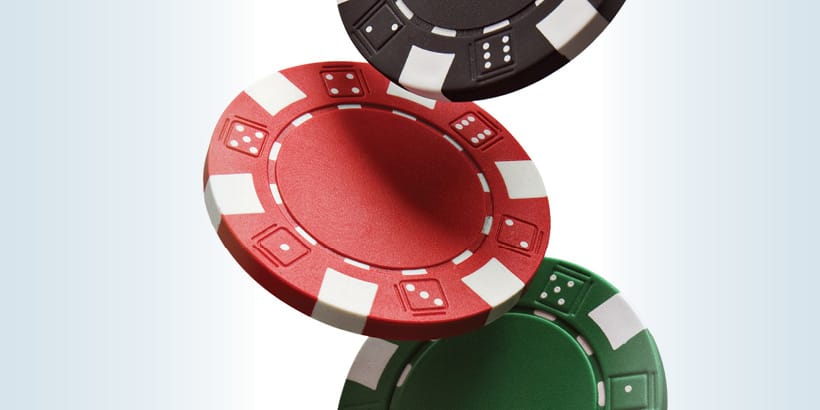 Lifeline Harbour to Hawkesbury is encouraging medical professionals to ask the question, “Have you ever had a problem with gambling?”

Flanked by police escorting him from the building, Peter’s final departure from the corporation where he had worked for almost two decades was ignominious.

A senior manager with more than 100 staff, Peter (not his real name) was being led away to be finger-printed, photographed and charged with 40 counts of embezzlement, having misappropriated almost $100,000 from his employer to put into poker machines.

Ironically, immense relief accompanied his humiliation and subsequent court case. When the police came – the burden of lies and secrecy lifted.

“It was a scary relief,” Peter said, several weeks after his conviction on all counts. “A relief that the monkey was off my back, but I knew I was in deep strife – with my family, with losing my job and ending up with a criminal record.”

He has only just begun to recover, using as many supports as he can – among them Lifeline Harbour to Hawkesbury’s free six-week Gambling Support Group, which is co-ordinated by psychologist and gambling help manager, Jeanette Svehla.
Ms Svehla also runs the free gambling counselling service
at Gordon, NSW.

“When the police were taking me away I was thinking, you know, I worked so hard for so many years to earn the respect of these people and to build teams and do everything right, and this is what I end up doing. But all along I’d known that one day someone was going to catch up with [the gambling and theft].”

For years, Peter had been pushing money through the pokies with a compulsion and secrecy that rocked all those who knew him.

In addition to attending Lifeline Harbour to Hawkesbury’s problem gambling support group, Peter has already chalked up his first 90 days at Gamblers’ Anonymous, a group he says inspires and supports the new life he is making for himself. However, some parts of that program are difficult.

He says he feels “a bit sick” when young people drop out of the group after a couple of weeks. It is a painful reminder of his own experience when, in his mid-20s with his first big gambling debt of $30,000, he confidently thought Gamblers’ Anonymous was not for him.

“I lasted three sessions,” Peter said.  “I felt I was not at the level these people were at and I could control it myself.” And he had to. His wife had vowed then not to support him if it happened again.

When the gambling bug returned a few years later, Peter could not allow his forgiving wife to see the hole he was making in the mortgage and the credit card.

“I had it always in the back of mind that I’ve started again and I’ve got to get that money back so she doesn’t find out. It became bigger and bigger. I ended up getting a personal loan for $50,000 and then the credit card went to $30,000. I kept thinking if I stop now, maybe I can get it back, but it was never enough.”

Peter was leading a double life: “Always thinking of my family while behind that I was gambling. Always feeling terrible, really uptight, knowing I couldn’t pay off the loans.”

The only way around that was for him to find money elsewhere. For several years he worked, taking what he needed to top up his funds and hide his debts.

Older and wiser now, Peter is finding out from the wisdom of gamblers who have been in recovery programs and support groups for years that they still have ‘a terrible urge’, even after 10 years.

“It’s quite scary to hear that. Especially after what I did the first time around, when I did walk away and it did all come back again.”

Peter believes he will need Gamblers’ Anonymous for the rest of his life and like so much of what he’s achieved in the past, he is approaching it with a positive attitude.

“I may as well go and enjoy it, which I do,” he said. Peter is in the process of making restitution for his debts. He has recently got a full-time job and been able to move into a bed-sit.

But perhaps the biggest job ahead of him, apart from staying away from all forms of gambling, is to make restitution to his wife and family.

“I’ve hurt them all and it’s broken my heart,” he said. “We have our good days and our bad days. We both need space and my wife needs to see change and find trust in me again. It will be difficult but I will at least do my best and give it a go.”

HOW CAN GPs HELP? Lots of people enjoy a punt, but for those who have difficulty in limiting the amount of money or the time spent on gambling it can be devastating. Problem – or pathological – gambling is officially registered in the Diagnostic and Statistical Manual of Mental Disorders as an addiction.

When patients present with suicidal ideation and stress, anxiety, depression, drug and alcohol problems or experience financial duress this can flag an underlying gambling disorder. As the frontline of healthcare, GPs are well placed to detect problem gambling and initiate treatment. While many patients find it difficult to admit a gambling problem to family and friends, general practitioners are often one of the few groups patients feel they can trust.

A conversation with a general practitioner may be the first step towards identifying problem gambling and working together for effective treatment.

LIFELINE HARBOUR TO HAWKESBURY’S mission is to try and break down the barrier surrounding problem gambling. The organisation is encouraging medical professionals to be aware when these presentations come to their attention, to probe a little deeper and pose the question “Have you ever had a problem with gambling?”

AMA (NSW), in conjunction with Lifeline Harbour to Hawkesbury, is working on developing resources for GPs to assist in identifying and assisting patients who are struggling with problem gambling.

Lifeline Harbour to Hawkesbury’s next free, six-week Gambling Support Group at Gordon starts on Wednesday 11 October going through to 15 November. Bookings can be made by phoning Helen or Megan at Lifeline on 02 9498 8805, or emailing
appointments@lifelineh2h.org.au.