Psychiatry: A system under siege

Taking the sting out 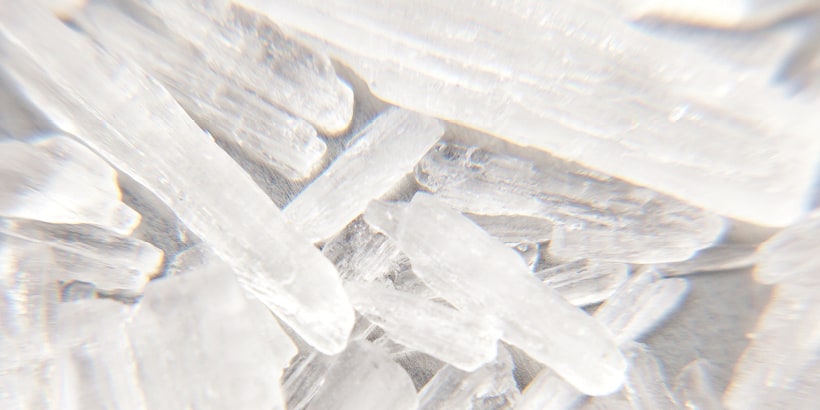 Responses to illicit drug use are often informed by broader arguments around harm minimisation and zero tolerance. AMA (NSW) urges a balanced approach, that views addiction primarily as a health issue.

Amphetamine possession has risen by 250% over the last decade in NSW. And as usage of meth/amphetamines has increased, so has the number of names to describe it. Batu, speed, crank, tweak, shabu, Christina – are but a few of methamphetamine’s existing monikers.

But none of the street names have become as synonymous with the drug as the word ‘ice’ – an apt description for the highly concentrated crystal form of methamphetamine.

The NSW Special Commission of Inquiry into the Drug ‘Ice’ was commissioned by Premier Gladys Berejiklian last year to investigate crystal methamphetamine but was expanded in February to cover other illicit amphetamine-type stimulants (ATS). ATS include amphetamine and methamphetamine and a range of other substances, such as methcathinone, fenethylline, ephedrine, pseudoephedrine, methylphenidate and MDMA, also known as ecstasy.

The expanded scope of the Inquiry followed closely on the heels of a spate of drug overdose deaths at music festivals and subsequent calls for harm minimisation measures such as pill-testing.

The inquiry is investigating the nature, prevalence and impact of these drugs as well as the adequacy of existing measures to target ice and illicit ATS in NSW. It is also looking at options to strengthen NSW’s response to ice and illicit ATS, including law enforcement, education, treatment and rehabilitation responses.

AMA (NSW)’s response to the Special Commission of Inquiry into the Drug ‘Ice’ reflects our organisation’s view that addiction is primarily a health issue, requiring treatment and support. Furthermore, AMA (NSW) supports a balanced approach to methamphetamine, in which law and order responses to the supply and demand of crystal methamphetamine are offset by efforts to reduce demand for the drug in the community, and for the provision of appropriate health care including referral to treatment and support for users.

There is growing concern within the health sector, as well as the wider community, about the impact of ATS – particularly the more potent forms of these substances. Not only are concentrated forms of methamphetamine associated with greater harms to individuals and the community, but they have greater impact on emergency and primary care services. Methamphetamine users present unique challenges for these treatment services, often presenting in crisis, with acute behavioural disturbances or psychotic symptoms. High doses of ice and frequent use may cause ‘ice psychosis’ which can cause paranoid delusions, hallucinations, and aggressive and violent behaviour.

A recent review into the safety of staff, patients and visitors in NSW public hospitals found doctors and nurses are reporting an increase in aggressive and violent behaviour. Part of the increase is attributed to alcohol and drug-affected patients, some of whom were experiencing an ice-induced psychosis. Patients with acute amphetamine intoxication are often agitated and aggressive and may require extensive resources, such as sedation.

Methamphetamine addiction is not very well suited to current treatment facilities available in emergency departments, admissions. However, clinical and referral pathways are often unclear between the emergency/primary care services and the specialist alcohol and other drug services.

Meth/amphetamines and crystal methamphetamine are addictive and require a tailored treatment response. Rehabilitation takes part in two stages. Recovering must first involve a physical detox, which takes almost twice as long as other drugs (10-14 days). Treatment after the detox may need to be continued for many months. Methamphetamine can cause long-term damage to the brain, which may require specialised treatment and continuous care over a sustained period of time. NSW needs to strategically plan for downstream effects of long-term usage, particularly those with high levels of cognitive dysfunction, who cannot live independently, and have difficulty finding placement in assisted-living facilities.

There are also self help approaches and mutual support groups, such as Crystal Meth Anonymous.

The demand for treatment often outstrips its availability. The lag time between problem use and treatment also presents difficulties. Users present to general practitioners and other clinicians typically quite late in the course of their illness, which increases complications and difficulties with follow up and adherence. Counselling can also be cost prohibitive, as can private treatment providers.

The funding of these dedicated MBS items, combined with efforts to develop and support the range of professionals who are deemed to be ‘front line staff’, including general practitioners, was an important measure. However, the AMA suggests greater support and resources need to be developed to reach ‘occasional’ users of ATS, or people who find they are increasingly using ATS. These patients may be more likely to present to general practitioners. As a result, general practitioners need access to clear referral pathways to drug-related services in their area.

More research is needed into methamphetamine pharmacotherapies. Studies show medication-assisted treatment of opioid-dependence is effective and safe. However, there has been little research into the efficacy of substitution therapies for methamphetamine. Greater examination of pharmacotherapies, such as lisdexamfetamine, dexamphetamine, modafinil, bupropion, oral naltrexone and N-acetylcysteine is essential.

The AMA supports the introduction of innovative policy models and trials in a controlled manner, funded and evaluated appropriately that might reduce harms and improve outcomes for users and society at large.

Debates around pill-testing are informed by broader arguments about harm minimisation versus zero tolerance. Australia’s approach to illicit drugs under the National Drug Strategy remains one of harm minimisation, and the country has in place a significant number of measures to reduce the harms caused by drugs. These include Sydney’s Medically Supervised Injecting Centre, needle and syringe programs and opioid substitution treatment.

Despite this prevailing attitude, the response from NSW Government to drug-related deaths at music festivals has been to increase police presence and medical personnel at music festivals, as well as a trial of Drug Criminal Infringement notices.

AMA (NSW) reiterated its support for consideration of a pill-testing trial as part of a wider harm minimisation strategy at festivals.

Pill-testing is an opportunity to reduce harms associated with drug use through education and outreach. International research suggests pill-testing changes behaviour; negative results have deterred people from consuming drugs and warning their friends.

It also enables the capture of long-term data about substances in the drug market and the potential for a warning system against new, unexpected, or very dangerous drugs and consumption trends.

With proper lab equipment, pill-testing can determine potency – information which patrons can use to modify their consumption and reduce the risk of overdose.

The Special Commission of Inquiry into the Drug ‘Ice’ held public and private hearings throughout May and June in Sydney, Broken Hill, Dubbo, Lismore, Nowra and the Hunter Region. The five regional areas were identified as experiencing particular harms from ice and other illicit ATS. The Inquiry will hand down its findings by the end of 2019. For more information, or to view the Issues Papers, visit www.iceinquiry.nsw.gov.au.

Use of agonist treatment for meth addiction

Addictions specialist Dr Simon DeBurgh suggests that for addictions in general, agonist treatment is the most rewarding modality for difficult addictions.

“Thus, methadone and buprenorphine are outstandingly successful, and nicotine replacement is the mainstay for tobacco. An agonist ‘gives’ the user something,” he says.

There are treatment facilities in NSW for methamphetamine which offer some agonist treatment using dexamphetamine.

However, Dr DeBurgh says “Political timidity restricts the availability, medication is offered to a minority, and the dose ceiling again is politically determined.”

Another contender for substitution medication is lisdexamfetamine, which is a long-acting amphetamine formulation that provides agonist action if it is swallowed but not if it is injected.

He suggests it could be administered under supervision daily at a community pharmacy much as methadone is commonly dispensed. “This would give a reassuring degree of security and monitoring. Valuable clinical experience could be had in this way and build a basis for rigorous research.”