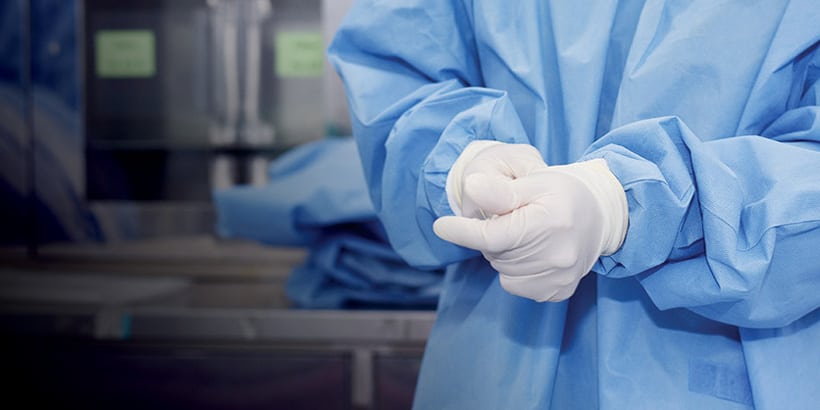 COVID-19 has taken precedence in 2020, but AMA (NSW)’s senior medical workforce survey reveals issues around workforce planning, support, engagement and transparency will need to be addressed if the system is to improve post-pandemic.

ICU CAPACITY in hospitals, PPE, and healthcare worker infections have taken centre stage during the pandemic, but the biggest issues impacting our senior medical workforce are much more longstanding.

More than 300 members completed AMA (NSW)’s senior medical workforce survey in July, which asked respondents about arrangements at their hospital(s), including medical staff numbers, support for doctors, timeliness of the payment for remuneration, post-COVID preparedness, and more.

In addition to multiple choice questions, the survey included opportunities for respondents to provide open feedback on what they felt were the biggest challenges facing senior doctors in hospitals.

The survey was completed by 197 VMOs and 123 staff specialists.

The survey revealed that less than a quarter of all respondents said NSW Health provides adequate support, resources and accommodation for senior doctors.

There were many wide-ranging comments from staff specialists which related to resourcing.

One staff specialist stated, “Lack of support from hospital administrators. Limited admin support. Administrators want staff specialists to use hot desks (code named “new ways of working”), so as to not provide appropriate office space. Lack of recruitment of additional SMO and JMO workforce to cope with increased workload in public hospital. Failure to replace non-functioning/outdated equipment because of budgetary constraints, leading to clinical risk. Increased (and often useless/stupid) bureaucratic requirements without any time available to fulfill them. Unachievable turn-around time for responses to communications from hierarchy/ Ministry of Health. Too many layers of administrators and too much red tape!”

VMOs expressed similar sentiments. One VMO commented on, “the bureaucracy that we have to deal with and its multiple layers. The lack of funding to hospitals with lack of operating time which increases the waiting lists. The difficulty getting new equipment as there’s no money for it. Being a VMO and head of department with no hospital secretarial services for all the extra paperwork that needs to be done.”

In terms of hospital administration, both groups described a lack of meaningful engagement, limited transparency in decision-making, and multiple layers of bureaucracy.About a quarter of VMOs said NSW Health provides adequate information about the workplace for them, while almost a third of staff specialists said the same was true for them.

About a third of all respondents said their on-call arrangements are onerous.

Staff specialists, in particular, commented on feeling overworked and burnt out. About 82% per cent of staff specialists reported regularly working additional hours.

When asked about overall satisfaction with contractual arrangements with NSW Health, the response from members was mixed.

Around 40% responded as being ‘neither satisfied nor dissatisfied’, while 37% affirmed they were satisfied.

One staff specialist said, “As a recently appointed consultant I would say that over dependence on staff specialists due to fixed salary is the main issue. We are expected to do more work because we are cheaper than VMOs and this creates inequality where both are employed in the same department.”

Another staff specialist noted, “Declining remuneration because pay is linked to billings which I think is not appropriate in the public system – the Award needs to be overhauled. The current system for advancement to senior staff specialist is discriminatory to women, as it is based on paid FTE not merit and seniority of responsibilities.”

VMOs also made numerous comments about remuneration. One stated, “Relatively inadequate remuneration. Amounts seem largely to have frozen for over a decade. VMOs are often sought to fill short term gaps, and less desirable locations. Once, the remuneration made it viable and worthwhile to undertake such work. No longer.”

Just over a quarter of VMOs reported having been denied a claim under the VMoney system in the last 12 months.

Over one quarter of staff specialists said they had been paid incorrectly in the past 12 months.

“At the moment the biggest problem will be trying to catch up with the waiting list for surgery after three months of downtime in the public hospitals,” commented one VMO.

When asked ‘How prepared is your hospital for a return to activity post COVID-19?’, around 40% said ‘very well prepared’ or ‘well prepared’ while another 40% gave a ‘neutral’ response.

Meanwhile, 45% of respondents indicated they were unsure if their hospital has appropriate plans in place to re-establish training of junior staff members and medical students once pandemic restrictions are lifted.

However, there was a clear majority – 68 per cent of respondents – who said they are willing to forego the usual January shutdown, if possible, to help clear the backlog of elective surgery patients caused by the pandemic.