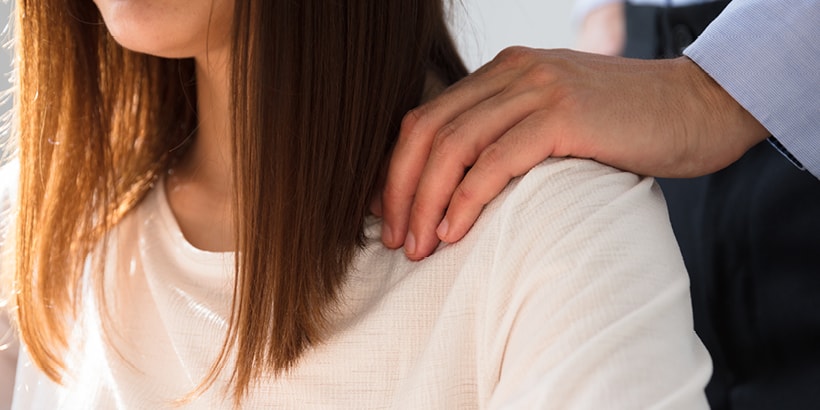 Are you aware of changes to sexual harassment laws?

The Act amends the Fair Work Act 2009 (“FW Act”), allowing the Fair Work Commission (FWC) to make an order to stop sexual harassment in the workplace.

The ‘stop sexual harassment’ order will operate side-by-side with the existing ‘stop bullying’ orders under the FW Act.

Amendments to the Fair Work ACT and sexual harassment

Under the amendments to the Fair Work Act, the definition of serious misconduct has been amended to include sexual harassment. Sexual harassment in connection with the person’s employment can be considered a valid reason for dismissal.

Before moving to dismiss an employee for sexual harassment, practices should seek advice and investigate.

The amendments to the Fair Work Act enable an employee to make an application to the FWC for a Stop Sexual Harassment Order to stop sexual harassment in the workplace. This will operate in much the same way as the Stop Bullying Orders in relation to bullying and harassment.

Before making a Stop Sexual Harassment Order, the FWC must be satisfied that the employee has been sexually harassed by one or more individuals and that there is a risk that the sexual harassment will continue.

The orders are intended only to prevent the risk of future harm.

It is important to note that the FWC can consider sexual harassment that has taken place prior to the commencement of this new provision as long as the FWC is satisfied that there is a risk of future harm. Only current employees can make a claim before the FWC.

Finally, there is an acknowledgement that sexual harassment need not always be repeated or continuous for an order to be made.

The application for a Stop Sexual Harassment Order is not accompanied by a right for an employee to seek compensation. That said, a breach of an order made by the FWC will amount to a breach of a civil remedy provision and there are significant penalties for such a breach.

Applications for a Stop Sexual Harassment Order may be made from 11 November 2021.

The changes to the SD Act mean that it is now illegal for employees to be harassed on the grounds of sex.

It is already illegal for persons to be discriminated on the basis of sex.

In New South Wales, employees seeking compensation for harassment on the grounds of sex may make an application to the Anti-Discrimination Board of New South Wales. Claims for compensation can also be pursued through the Australian Human Rights Commission (AHRC). Employees have two years following the alleged sexual conduct to file a complaint in the AHRC. If a complaint under the Sex Discrimination Act cannot be resolved through a conciliation process, a complainant may then make an application to the Federal Court of Australia or the Federal Magistrates Court to hear and determine the allegations.

The Government did not legislate to place a positive duty upon employers to take reasonable measures to eliminate sex discrimination and sexual harassment in their workplaces. It has been suggested that this was unnecessary, as the positive duty already arises under work health and safety legislation and therefore this would have resulted in duplication.

Sexual harassment has been recognised as a workplace hazard that is known to cause psychological and physical harm. As such, managing the risks of sexual harassment in the workplace should be part of your overall approach to work health and safety.

What does this mean for you and your practice?

We recommend that you undertake a review of your sexual harassment policy (or prepare a policy if you do not already have one). Consider whether training should be undertaken in your practice to ensure staff understand what is and is not appropriate behaviour.

Consequently, it is critical for employers to take reasonable steps to ensure their policies, training and systems are up-to-date and fit for purpose. As an employer, you must ensure your practice has systems in place so complaints can be dealt with expeditiously and confidentially.

Please contact the Workplace Relations Team for advice and assistance on 02 9439 8822 or via email at workplace@amansw.com.au.