Food has never been so abundant for Earth's 7.6 billion humans as it is right now – so plentiful that 2 billion of us are overweight or obese, tripling since 1975. And yet, more than 800 million remain malnourished or are starving. This situation begs several questions. How are we managing to produce this amazing bounty, how long can we keep producing it, and why is it shared so unequally? What are the implications of the surging rates of overweight and obesity, and can we do better?

Food is fundamental to the human story. With the evolution of agriculture over 7000 years ago, the ability to produce an abundance of food allowed a steady increase in populations, trade, wealth and power, fuelling the rise of city states and eventually, great empires.

It also drove the first multinational corporations, like the huge seventeeth century mercantile East India companies, and involved major human rights abuses, such as the transport of 12 million Africans in slave ships to work sugar, tobacco and other plantations in the Americas.

Agriculture, founded on just a few key plant and animal species, and powered by animal and human muscle, spread worldwide, and by 1950 was feeding 2.5 billion people. Then came the Green Revolution. Powered now by fossil fuels, and based on post-war technological advances, industrial farming coupled with new, highly productive cereal strains, massive uptakes of machinery, synthetic fertilisers and other farm chemicals, combined to greatly multiply yields, particularly in Asia and India. It also led to rapid clearing and conversion of forests for monocultures and grazing, most dramatically in the tropical rainforest belts. World population has tripled, while forests have fallen. Grain, corn and soy are now so "cheap" that around 40% of harvests are fed to animals in a proliferation of concentrated animal feeding operations (CAFOs), boosting the availability of meat in wealthier countries, but bypassing poorer nations. Almost a third of food is wasted before it hits the plate, while malnutrition persists in war-torn, drought-affected and unstable regimes in sub-Saharan Africa and the Middle East, unable to grow or access this cornucopia.

Earth's ability to support us is now approaching its limit. We have already cleared half the planet's useable land surface for agriculture, mostly for cattle grazing. One third of farm soils are already seriously degraded by erosion, salination, and overuse of fertilizers and agrochemicals. Freshwater is depleting, lakes and aquifers shrinking; industrial scale fishing is stripping the oceans bare; farm run-off is creating ocean dead zones and degrading offshore environments such as the Great Barrier Reef. The combined methane, CO2, NO2 and other greenhouse gases from agriculture now comprise around a third of total annual human emissions, with 80% of this due to livestock. The climate is changing, resulting in longer more intense droughts, and more challenges and hardship for farming communities everywhere. To adequately feed the almost 10 billion people predicted by 2050 will be impossible if we continue with the industrial agriculture model.

Our industrial food systems also present big healthcare challenges. Obesity is strongly linked to the relentless promotion and overconsumption of sugary foods, drinks and highly processed foods. It brings with it a list of associated conditions we are all familiar with, including diabetes, cardiovascular disease, arthritis, reflux, dementia, sleep apnoea, polycystic ovary syndrome, and cancer. Apart from the burden of suffering and premature death, this epidemic consumes healthcare dollars desperately needed elsewhere. The contribution of agriculture to antibiotic resistance is often overlooked; of all antibiotics manufactured, over 70% are used in animal and fish feeds as growth promoters. Reaching 63,000 tonnes in 2010, use is steadily rising. Multi-resistant bacteria are the predictable, proven outcome of such exposure. There are 700,000 human deaths each year due to antibiotic resistant organisms, and this could increase to 10 million deaths by 2050 – in our children's lifetime – if nothing changes.

Australia embodies these issues; we have timid nutritional policies despite the diabetes and obesity epidemic; our diets are dominated by refined carbs and meat; 66% of Australians are overweight or obese, and only 5% get the recommended fruit and vegetables. Almost half our land surface is grazed by cattle. A few large agrochemical and retail companies monopolise the economic landscape, in turn significantly influencing health and farming policies at the highest levels of government. This mirrors the influence of the fossil fuel industry on energy and climate policy in our country.

In an effort to get traction on these issues globally, and in line with its 17 Sustainable Development Goals, the UN declared 2016-25 the "Decade of Nutrition", with the FAO calling for a switch to sustainable diets. In practice, this means a mostly plant-based diet, focusing on seasonal and local produce, reducing food waste, eating fish from sustainable stocks only, reducing red and processed meat, and reducing highly processed foods and sugar sweetened drinks. This applies particularly to wealthy protein-rich nations such as ours, where meat consumption is at least four times that of poorer nations. Red meat is the main problem, requiring huge areas of the planet to convert plant to animal protein, at a ratio of around 7:1. Red meat production is responsible for around 27kg CO2-e greenhouse gases (GHG) per kilogram produced, compared to 9kg CO2-e GHG per kg poultry, and 2kg CO2-e GHG per kg tofu. Recognising and adopting sustainable diets would help break the diet/obesity/environment deadlock, improve health outcomes, and lead to massive reductions in emissions and forest clearing, solving much of the major environmental problems facing us today. Taking this basic step will help buy the time needed to transition to smarter "agroecological" food production. Several nations are tentatively moving in this direction. New food technologies, including modular green houses, and plant-based meats virtually identical to animal meat, may soon eliminate the need for huge livestock herds altogether. The vast areas of freed up land could be reforested, creating new carbon sinks for the planet, and using emissions trading schemes to compensate landowners.

Established medical groups, such as the AMA and BMA, have a rightful role in policy formation; and have run long, difficult but often effective campaigns on tobacco, alcohol, obesity, and soft drink taxes. Newer groups are focused more on the "healthy planet-healthy people" message, and include UK Lancet Planetary Medicine, the Sydney Uni Planetary Health Platform, Lifestyle Medicine colleges in the USA, NZ and Australia, and Doctors for the Environment Australia. Their work takes the wider perspective of total ecosystem health, and is based on compelling scientific evidence from expert groups around the world, like the UN, WHO, FAO and Food Climate Research Network, the International Panel of Experts on Sustainable Food Systems, all the major national Cancer Councils, and the American National Academy of Science.

The word "diet" comes from the Greek "diata – a way of living". In the past, doctors have been rightly criticized for focusing more on treating established illness, rather than prevention using lifestyle and diet. We now need to change, to promote ways of living that are best for us and for the planet. Like treating an obese, diabetic patient, we only have limited time before the problems become irreversible and life threatening. 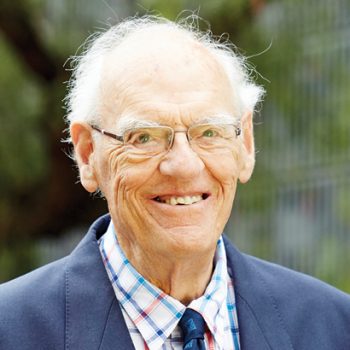