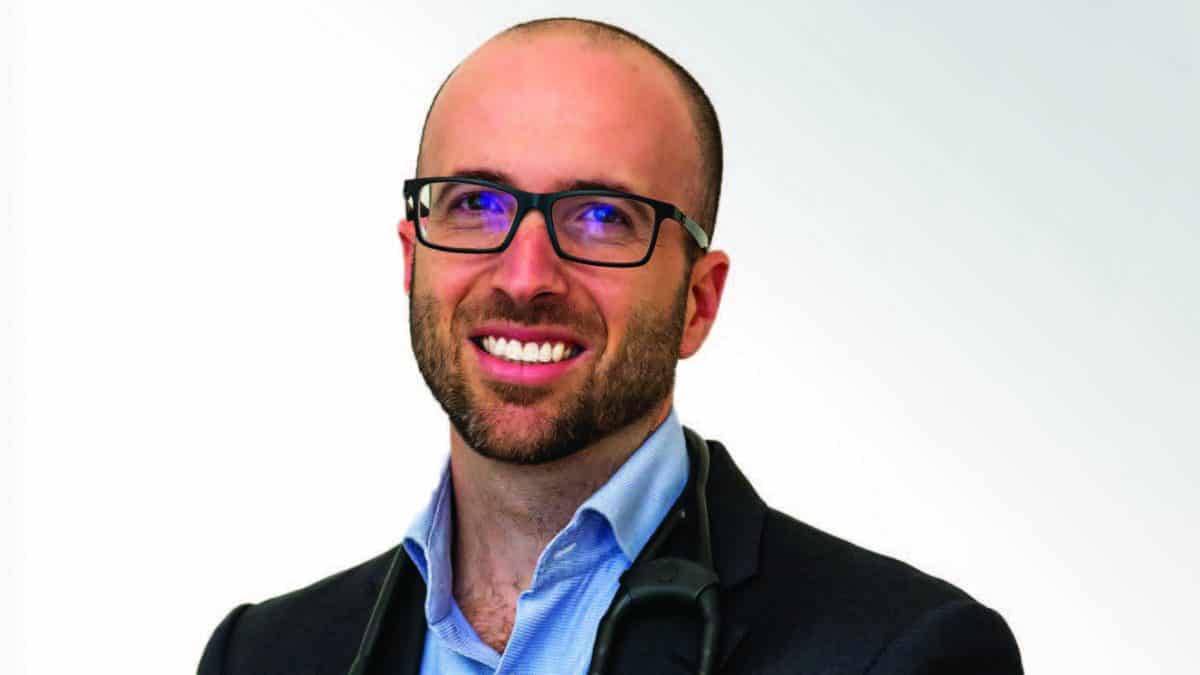 Dr Costa Boyages swapped law for medicine and a jet-setting life as an international diplomat for general practice in the small town of Berry. Despite the seismic shift, his professional life has always been underpinned by his passion for making a difference in people’s lives.

When I spoke to Dr Costa Boyages at the end of March, NSW was still drying out from the extreme rainfall that led to widespread flooding across the State.

“We’ve had a spate of biblical, cataclysmic events in recent years,” acknowledges Dr Boyages, adding, “the more we mete out harms to the planet, the more it bites back.”

According to Dr Boyages, who is a member of Doctors for the Environment and serves as a Director on the AMA (NSW) Board of AMA, the nexus between health and the environment has never been more apparent.

“To my mind, the link is abundantly plain.”

Dr Boyages’ passion for the environment and sustainability was sharpened by his work for the Department of Foreign Affairs and Trade, which landed him a two-year stint working as a diplomat in New Zealand on the Climate Change Emissions Trading scheme.

Prior to becoming a doctor, Dr Boyages spent his early professional life as an international lawyer and Australian diplomat.

He describes his foray into foreign affairs as the ‘career I had aspired to for a long time’. Even as a kid, he was absorbed by his Dad’s copies of The Economist and romanticised a life working as a diplomat abroad.

After graduating high school in Sydney, he went to the University of NSW to study Arts/Law and majored in International Relations.

Unlike some of his peers in law school, Dr Boyages never entertained the idea of a conventional corporate law career.

Looking for an alternative path, he applied, and was accepted, into DFAT’s graduate program in Canberra.

There he learned the key requirements for life abroad – bilateral economic and political relations, public diplomacy, international security, as well as languages, defensive driving and locksmithing.

If it sounds like the life of a spy, it’s because it kind of is.

“It’s all part of the spectrum,” he says. “Information can be obtained overtly or covertly, but your job essentially is to feedback information to government about a range of topics so they can adjust policy settings accordingly.”

He served in the Solomon Islands on a regional assistance trade mission and then did another short-term stint in India, before his posting to New Zealand.

After completing a three-year cycle, he returned to Canberra. The change from working overseas to Australia’s capital was marked.

“It’s almost two different jobs entirely. Some people flourish in one setting but not the other or vice versa.”

For Dr Boyages, the bureaucracy was suffocating.

“I couldn’t own my own morals and that was important to me.”

He wanted to be doing something that made a more tangible difference to people’s lives than wordsmithing.

While he had previously toyed with the idea of becoming a doctor when he was younger, he didn’t have the grades. Now, at 28, he felt ready to tackle the challenge and effect change in a different way.

He joined the graduate program at the University of Sydney’s School of Medicine. He was doing an obstetrics and gynaecology rotation in Hanoi, Vietnam in 2011, when he met his wife, Nikki, who was on a student nurse placement in the emergency department.

After graduating in 2013, Dr Boyages was drawn to the specialty of rural general practice, which offered both diversity and flexibility to work in rural Australia.

According to Dr Boyages, his years working as a diplomat have been instrumental in preparing him for a career in general practice.

“If you don’t know how to read the room or bring an empathetic, attuned response to someone’s situation, it’s difficult to excel in general practice. You get a lot of training on that as a diplomat.”

Despite both being from Sydney, Dr Boyages and his wife had a strong longing for a tree change. After doing some training in Central West NSW, they eventually landed in Berry, pop. 2667.

“When we first arrived, Berry had a sleepy retiree feel about it, but it has since been inundated with young families. There is a lovely sense of community here.”

Dr Boyages is one of three practice owners of the Cambewarra Mountain Health/Junction Street Family Practice, which employs 14 doctors and has a patient base of about 10,000.

Alongside his general practice work, Dr Boyages is a VMO in palliative care at the David Berry Hospital and has a number of other clinical, academic and governance appointments.

He serves as an academic tutor with the University of Wollongong; a clinical supervisor and community trainer for future GPs through GP Synergy; a board member of the Medical Board of Australia; a director of Rural Doctors Network, a Captain and Medical Officer (Reservist) for the Australian Army, and a Councillor for the Illawarra Shoalhaven Clinical Council.

Dr Boyages has “always gravitated towards big picture thinking” and has been an influential voice on AMA (NSW)’s Board and Council. He believes it’s important for all clinicians to take an active role in medico-political advocacy.

“AMA is a broad church, but I think it’s important to keep in mind what we share as a group.”

He is passionate about improving healthcare access for rural, regional and remote residents of NSW and says we need some lateral thinking to find solutions to improve health equity across the state.

As for himself, Dr Boyages is deeply embedded in his own community and says it’s an idyllic place to raise his two young sons, grow his own vegetables, and raise chickens.

While no longer working on an international policy front to improve the environment, he is taking a much more personal approach to health and sustainability.