Whilst healthcare improvement is needed in rural, regional and remote areas of NSW, Wagga Wagga Base Hospital is demonstrating it can provide world class care to residents.

The Stroke Unit at Wagga Wagga Base Hospital recently became the first in Australia to receive a prestigious World Stroke Organisation Angels Gold Status Award for meeting the highest standards in stroke treatment.

Head of the Wagga Wagga Hospital Stroke Unit, Associate Professor Martin Jude, said that one of the hospital’s key achievements was ensuring more than 70 per cent of eligible patients receive clot busting therapy (recanalisation) within 60 minutes of arriving at the hospital door.

“This is an outstanding result, for our team and for patients being treated for stroke.”

A/Prof Jude described the achievement as ‘fantastic’ but says they did not participate in the initiative to win the award.

“Auditing data is core business for a stroke unit,” he said. “If you’re not auditing your performance, you’re not doing the right thing.”

A/Prof Jude explained that Wagga’s Stroke Unit has been regularly providing its data to the Australian Stroke Clinical Registry, but this is the first year the World Stroke Association has included the audit data from Australia in this initiative.

The purpose of the program is to optimise the standard of treatment in stroke centres worldwide and improve patient outcomes by setting global benchmarks for best practice stroke care.

The Angels Initiative Medical Project Manager in Australia, Kim Malkin said Wagga Wagga was the first Australian hospital to achieve an Angels Award Gold Status and the objective was to ensure all hospitals reach these global benchmarks.

“To achieve gold status a hospital must demonstrate a range of outcomes. This includes more than half of all eligible patients with stroke receiving treatment within 60 minutes of hospital arrival – at Wagga Wagga they’ve been able to do even better,” she said.

“This award acknowledges the leadership and dedication of Martin and his team, while underscoring the importance of high quality, standardised data collection and review of performance to improve stroke care,” she said.

A/Prof Jude has been working in Wagga Wagga since 1995 and running the stroke service for the past 12 years.

Wagga Wagga Base Hospital has the only dedicated stroke unit in the Murrumbidgee Local Health District, serving a population of nearly 250,000 people across a 125,000 square kilometre catchment area.

A recent report by the Stroke Foundation highlights that people living in regional Australia are 17 per cent more likely to suffer a stroke than those living in metropolitan areas.

In stroke care, “the greatest battle is against time,” A/Prof Jude says. “With each minute that goes by more brain cells are lost and the risk of disability and death increases.”

“In regional Australia we not only have higher rates of stroke but have to contend with the challenges of rapid access to expert care over long distances.”

The hospital, where up to 450 admissions to its stroke unit occur each year, has implemented a range of procedures to ensure patients receive optimum care.

“We recognised that stability of staffing and the depth of skill across our unit was critical,” A/Prof Jude said.

“We have invested in education and training starting with Ambulance, Emergency Department, radiology and all members of the stroke unit team, meaning stroke symptoms are recognised rapidly and we’re able to deliver the right treatment at the right time.”

He is hoping this award reassures residents that – despite living in regional NSW – they are receiving quality healthcare.

“There’s a misconception that quality care doesn’t exist outside of Sydney. But we’re hoping this takes some of that fear away and is motivating for staff as well. We also want junior doctors to feel confident that they can have a good career working in regional locations.”

He says Wagga Wagga Base Hospital has what he calls a ‘Goldilocks’ advantage. It’s just the right size to get on with the job at hand.

A/Prof Jude says the lesson for other regional healthcare centres looking to emulate their success is to focus on continuity of staffing.

“You also need to be brave enough to look at your performance and take the good news with the bad. And if there are challenges, see where you can improve.” 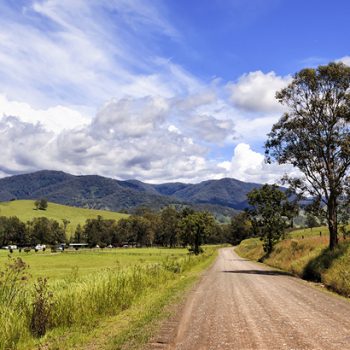 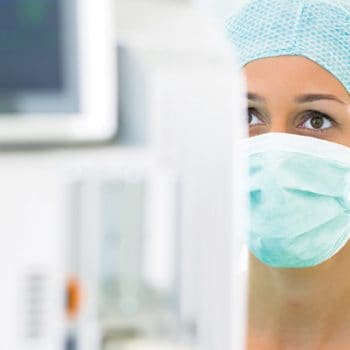