NSW State Election health candidates reveal their top priorities, the greatest challenges facing the sector, and which public health issues they are most passionate about…

Mr Hazzard stepped into the health portfolio more than two years ago. Since then, he has steered through a number of critical issues, including the Northern Beaches Hospital crisis and a new funding agreement with the Commonwealth. His message to voters is this...

Health affects everyone. After two years as NSW Health Minister working with doctors, nurses, allied health and support staff, we have improved patient outcomes and experiences together.

To continue to do this and lead and support the largest health workforce in the country, one must create an environment of open, respectful communication and trust, and Labor doesn’t have this.

Why? Because the Shadow Health Minister deliberately and consistently peddles misinformation to undermine public trust in the health system and the doctors and nurses who work so hard within it.

In an editorial, former AMA President (NSW) Brad Frankum blasted Walt Secord for his “reckless behaviour” which has affected both staff and patients, citing two shameful events as examples.

One was the “heartless references” to the tragic gas mix-up at Bankstown-Lidcombe Hospital that led to brain damage in the case of one baby and death in another. The other was holding up a photograph in Budget Estimates, sensationalising the grief of the family of a five-year-old child who passed away after being sent home from Hornsby Hospital. Sadly these actions are not in isolation.

As Dr Frankum rightly stated, “hysteria and blame makes our [health] system weaker”. It undermines trust in our doctors and nurses and “distracts from the thousands of positive interactions our community has with the public hospital system every day”. And the NSW public health system has much to be proud of:

But clearly there is more to do. In particular, efforts must continue to try and support a far better culture in hospitals where all staff are valued. There must be a concentrated push against a long established culture which too often has negative outcomes for staff and indirectly patients.

Tomorrow is full of promise. Rolling out the incredible tele-health advances means patients in far flung parts of NSW will progressively get the expertise of our leading medical specialists. Improving the e-platforms to ensure continuity of care through better sharing of patient information between community health, hospitals and GPs will bring vast improvements in patient care. Building on our record workforce numbers will also form part of the Liberal National Government’s focus.

Ensuring we attack the 21st century’s population health issues such as diabetes and cardiac disease will be front and centre. Ensuring NSW medical research continues to advance including proteomics, genomics and immunotherapy that are leading to very targeted treatments also remains a priority.

Almost one third of the entire State budget goes on NSW health and so the challenge is to ensure these issues are all addressed in a way that reflects the ever increasing pressure on taxpayers’ funds.

Ms Walker called on the NSW Government to reverse its decision to downgrade Mona Vale Hospital. Her top priorities for health are...

Publicly run hospitals can deliver medical services more efficiently, cheaply and will continue to do complex and costly medical procedures, even when they don’t return a profit.

The NSW Government has already been forced to abandon plans to privatise the privatisation of several hospitals across NSW, but has still pursued public-private partnerships elsewhere, like the new Northern Beaches Hospital that has been plagued with issues since opening.

We must stop the failed privatisation agenda of our public hospitals and ensure our health system remains in public hands.

Everyone has the right to timely, quality health care and the fairest, most efficient way to achieve this is a well-resourced public system. Primary health care, health promotion and illness prevention are fundamental components of an effective and sustainable public health system and Governments must accept responsibility for providing quality public health care services. The NSW government should not be allowed to use devolution of services to shift the blame for funding shortfalls and other policy failures to Local Health Districts.

The Greens are committed to increasing funding for public mental-health services, including increasing resources for community based public services providing early-intervention programs for mental health issues.

A staunch advocate for a strong public sector, Mr Secord has promised Labor would ‘properly staff and resource’ hospitals in a bid to cut elective surgery waiting lists. His promise to voters is...

The forthcoming State election will be a referendum on the contrasting priorities to health care in NSW between Labor and the Liberal-National Coalition.

While the Berejiklian Government are splurging more than $2.2 billion on sporting stadiums, Labor will properly support and invest in the hardworking medical staff including doctors, nurses, paramedics and hospital workers in our State’s health facilities.

Yes, we will build new hospitals and facilities where they are needed, but we will ensure we have a properly integrated health and hospital system which provides world class quality healthcare for all – regardless of where they live.

As well as bricks and mortar, we will ensure that there are properly resourced and highly trained medical professionals in our State’s health system. I have often said that there is no point in building a new hospital wing or operating theatre, if there are not enough staff in them.

A Daley Labor Government will deliver a cohesive and comprehensive health policy which benefits the entire community.

As future Health Minister in a Daley Labor Government, my role will be to represent the interests of patients, but it is also to secure the appropriate support for our State’s hardworking staff so they can continue to provide quality health care.

Furthermore, we will work in partnership with a Federal Government to ensure that NSW patients and health workers including doctors get their fair share of funding and resources.

In short, my job will be to secure the appropriate resources so doctors can do their jobs – caring for patients.

Doctors make clinical decisions and my role will simply be to provide the support and resources so that they can do this in a safe, efficient manner to benefit our patients.

The greatest challenge facing the NSW health sector is the NSW Liberals and Nationals’ ideological obsession with the privatisation of hospital services. In 2016, they also tried to privatise Shellharbour, Goulburn, Wyong, Maitland and Bowral hospitals. They only shelved the plans when the community rose up to oppose them.

We have seen at the beleaguered private-public partnership model, the Northern Beaches Hospital as the latest example of the Liberals and Nationals’ privatisation. It hurts both patients and hard-working medical staff.

Unfortunately, in the last eight years, the NSW Liberals and Nationals have only opened a single hospital and it was the Northern Beaches hospital. This facility has lurched from crisis to crisis. There has been a litany of problems, including a lack of the most basic medical supplies, resignation of staff, overworked junior doctors and cancellations of elective surgery.

Disappointingly, the Premier characterised these matters as “teething problems”.

On top of this, the NSW Health Minister in early December attacked brave senior doctors for speaking out, saying they were “unnecessarily airing the hospital’s dirty laundry” and that they should “get on with the job”.

True to form, once we get past the State election, the Liberals and Nationals will return to their privatisation agenda.

For those who have known me as the Shadow Health Minister for more than four years, my personal history makes me passionate about vaccinations and countering the anti-vaccination movement.

As the child of a bi-cultural family, I grew up in rural Canada in a First Nation Indigenous community – where I saw first-hand the devastating impact of the failure to properly vaccinate against preventable diseases like polio.

That is why I believe that we must take every step to drive up vaccination rates. We have a shared responsibility to protect the entire community and we must ensure that we have the highest rate possible to protect those who are unable to be vaccinated such as patients undergoing chemotherapy are protected.

Since Christmas, we have seen more than a dozen confirmed cases of measles in NSW and the appearance last year of diphtheria and other diseases we should have eradicated.

As a proactive measure, Labor is looking at new ways to protect the community. That is why we will introduce a policy to vaccinate rural workers and agricultural teachers and students against Q fever.

I believe the Berejiklian Government has dropped the ball on vaccinations and have been reluctant to fight the anti-vaccination movement on the State’s North Coast and in Sydney’s east and northern beaches.

I firmly believe that no one has a right to infect their children or anyone else’s child.

In fact, I will look at ways to further drive up vaccination rates in NSW.

Vision for a healthier NSW 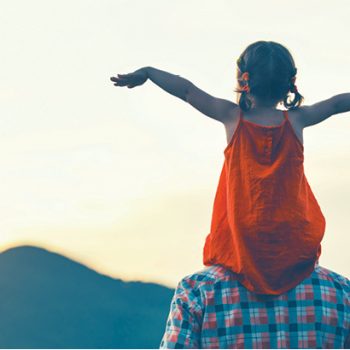 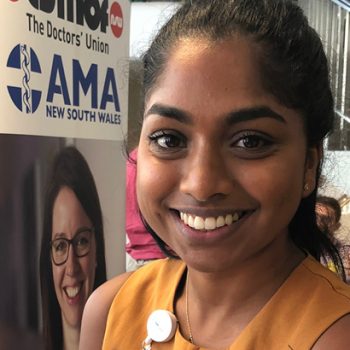