If the canary dies in a coalmine… 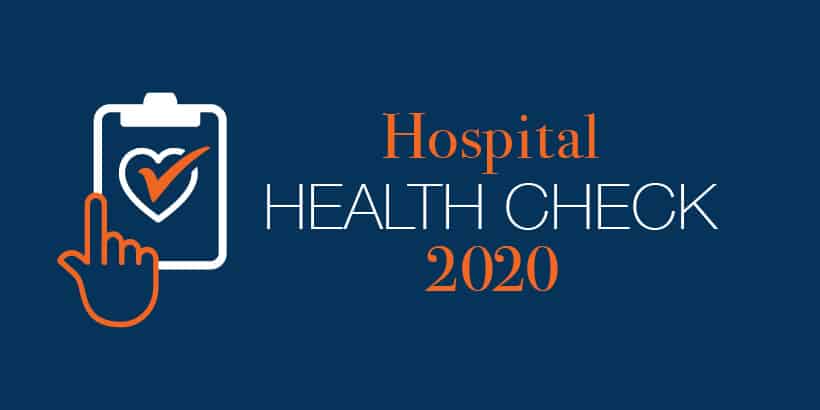 “In a year that has been particularly difficult for the health sector, the 2020 Hospital Health Check results have revealed a hospital system that is improving for doctors-in-training.”

THE RESULTS OF THE 2020 Hospital Health Check represent a significant positive shift in doctor-in-training sentiment about their workplaces.

It is likely this can be attributed to changes AMA (NSW) has successfully lobbied for, including increasing the types of duties that can be claimed as unrostered overtime without approval from supervisors, the NSW Health JMO support plan, and online overtime claims.

As a result of this, AMA (NSW) is delighted to be giving out more As and Bs to hospitals – particularly since we’ve only been running this campaign for four years.

For the first time since this survey began in 2017, more than half of hospitals rated were awarded a B or better and three hospitals received overall As: Dubbo, Hornsby, and Wagga Wagga.

This is a marked change from the first year, when fewer than one in five hospitals received an overall B rating or even 2018 and 2019, when the proportion was closer to one in three.

Given that the first overall A-rated hospitals did not emerge until 2019 (Wagga Wagga and Belmont) and the fact that, after four years, we still haven’t seen a hospital awarded an A in the Wellbeing category, it shows how much achieving this kind of change is a marathon and not a sprint.

That said, Wagga Wagga did come painfully close to an A in Wellbeing this year – it ended up with a Wellbeing score of 74.05, just shy of the 75.01 or better it needed to get an A.

In the follow up meetings AMA (NSW) had with management at Wagga Wagga after the 2019 HHC, it became apparent they are very motivated to attain an A rank in Wellbeing, so it’s a shame to see them fall just short for more than just the obvious reason that we want all workplaces to support DITs’ wellbeing.

However, we hope that enthusiasm will continue undimmed and, now that it has some serious competition in the form of other hospitals with high Wellbeing scores, we will see some As in that category next year.

The other major development out of this year’s results was an eight-point drop to 32 per cent of doctors-in-training who said they have experienced being bullied in their hospital.

While we still don’t want a third of doctors-in-training being bullied, this is the first time the needle has moved significantly on bullying and we’re pleased to see that it was a drop.

There was less of a drop in the percentage of doctors who reported feeling unsafe due to intimidation at work. Thirty per cent of respondents said this was the case in 2020, compared with 35 per cent in 2019.

A new follow up question about the source of that intimidation was asked this year and, by a wide margin, the most likely origin is from patients.

Further back in terms of numbers, were medical staff and nursing staff occupying the number two and three spots but only ten responses separated these two groups.

Another new question asked if hospitals have a system in place to report behaviour that doesn’t rise to the level of serious misconduct.

It found that 71 per cent of respondents said ‘yes’ but there is clearly a gap in experience between men and women here as while 78 per cent of men answered ‘yes’ to this question, only two thirds of women did.

Forty-four per cent of respondents said they had felt their personal safety was at risk due to fatigue from work in 2020, down from 56 per cent in 2019.

These changes are an ongoing process and the 2020 results are not a capstone on our campaigns for better payment of overtime for doctors-in-training, lower rates of bullying in our hospitals, or the reduction of fatigue.

However, the results, even when you compare them with 2018, are significant improvements in many hospitals and in many of the things being measured.

In 2020, 49 per cent of respondents reported working five or more hours of unrostered overtime in an average fortnight, compared with 73 per cent in 2018.

The percentage of doctors-in-training claiming all of their unrostered overtime has increased from 16 per cent in 2018 to 38 per cent this year.

In 2019, we highlighted that women in surgical training were twice as likely to claim none of their unrostered overtime.

The 2020 results show not only are these women now more likely to claim all their overtime than men, they are also less likely than men to claim none of their overtime.

However, in other specialty training, women still trail men in claiming for overtime, as the gap between men claiming all their overtime compared to women is growing.

In 2020, 45 per cent of men claimed all their overtime compared with 33 per cent of women.

There was a smaller gap in 2019 between men and women’s overtime claiming.

In 2018, only 52 per cent of respondents reported that they were paid for all of the unrostered overtime hours they had worked, while in 2020 that proportion has increased to 74 per cent.

There is a still a gap here between men and women, with men paid for all of their overtime 78 per cent of the time compared with 71 per cent for women.

The results for rosters matching expectations are essentially a mirror of how they were in 2018.

More than a third of respondents’ rosters have gone from almost never matching expectations and a quarter almost always matching them, to the reverse being true.

There is much yet to be done but this Hospital Health Check, more than any other before it, demonstrates its value as an advocacy tool.

These improvements have been hard fought and we’re grateful to all of our doctor-in-training members, not just for participating in the survey, but for helping us choose the direction of our campaigning.

We will continue our work through campaigning on the issues that have been raised in the HHC and ongoing meetings with hospital executives to ensure that beneficial changes continue to be made.