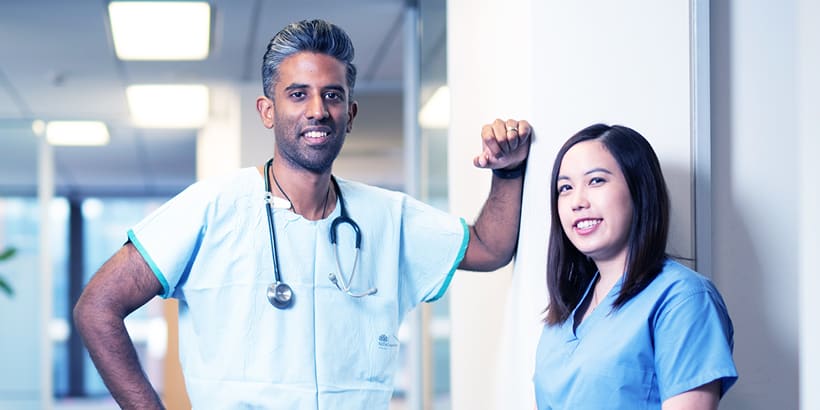 This year’s Hospital Health Check results reflect the increased workload experienced during the COVID-19 outbreak, as well as some rather unexpected results in the wellbeing measurements.

EVERY YEAR, we ask doctors-in-training to tell us about the hours they’re working, how much overtime they’re claiming, and if they’re being paid. We also look at bullying, discrimination, and fatigue. Your answers have been pivotal to our advocacy. As a result of previous Hospital Health Check (HHC) surveys, AMA (NSW) has been able to advocate for significant improvements to your working conditions. We know hospitals pay attention to the survey results and over the years chief executives have actively looked at ways to improve their scores across the domains.

This is our fifth year of producing the HHC. Every year, we look at ways to improve the survey, so that it provides greater value to DITs and hospitals. We wanted the 2021 survey to not only look at the measures that have been central to our reporting over the years – like rostering, overtime, access to leave, etc – but we also wanted to give DITs
an opportunity to tell the story about the experiences in a different way. As a result, we asked you questions such as: Do you feel valued? What do you like about your hospital? What would you improve?

We’re hoping that by incorporating these questions (and answers), we will gain a more complete picture about the experiences of DITs at their hospital and provide a better guide for hospitals on what they can do to improve.

It’s impossible to talk about this year’s survey without mentioning COVID-19. After the uncertainty of 2020 and concerns about whether we had adequate PPE and respirators, or if our hospitals would be overrun, we came into 2021 feeling much more secure. Fast forward to June 2021, and we realised it was a false sense of security.

Our surveying period coincided with the heightened concern around rising numbers of COVID transmission in a population, which at the time, had very low vaccination rates. Doctors-in-training were under extreme pressure. Many delayed annual leave plans. Others were furloughed as a result of hospital outbreaks. Training programs were disrupted by the suspension of elective surgery, and the air of uncertainty across NSW was palpable.

Suffice it to say, we expected this year’s results to reflect the atmosphere of the reporting period and we were not particularly surprised to see very little improvements across the board.

However, despite this, overall scores for hospitals did not dramatically drop, which – considering the circumstances – is quite remarkable.

Since HHC started in 2017, there has been a steady improvement in grades. In 2021, hospitals didn’t improve to the same extent that they had in previous years, but given the pressures the system faced during COVID, the fact that they have managed to hold their standing is positive.

This year, only one hospital, Hornsby Ku-ring-gai, achieved an overall ‘A’.

Blacktown & Mt Druitt, Manning Base and Wyong hospitals all managed to move their mark higher than last year’s result, while Concord, Dubbo, Lismore, Orange, Prince of Wales, Sydney Children’s Hospital – Randwick and Wagga Wagga hospitals all came down slightly from 2020. The lowest overall grade awarded was a ‘D’ which went to Concord.

One of the most interesting figures to come out of the 2021 survey was around unrostered overtime (UROT). In 2021, 60% of doctors-in-training reported working more than five hours of unrostered overtime in an average fortnight – this is an increase from 2020, where only 49% reported the same.

It is unsurprising that in 2021, rosters were less likely to match expectations as they were in previous years.

Only 1 in 4 (25%) said their roster almost always matched expectations, while almost half (46%) said it sometimes did, and 29% said almost never.

In 2021, almost half (47%) of doctors-in-training said they felt their personal safety was at risk due to excessive hours, while 38% of participants reported that they had made a fatigue-induced error.

Who’s not claiming unrostered overtime? Further analysis revealed the medical registrars and unaccredited registrars are more likely to claim none of their overtime than other doctors-in-training.

We also looked at the amount of unrostered overtime that is getting paid. This figure was on par with 2020, at 74% who reported all UROT was paid. In addition, we found PGY1-3 are the most likely to have their overtime paid.

Gender differences
Over the years, we’ve applied a gender lens to overtime issues. We found in 2021, only a quarter (25%) of women claim all of their overtime, compared to 36% of men.

It’s a disappointing drop from 2020, but interestingly, there was a drop in both men and women claiming all their overtime in 2021 from the previous year. We found in 2020, a third of women and 45% of men claimed all of their overtime.

Among surgical trainees, there is less of a difference. We found 35% of women claim all of their overtime in 2021, compared to 39% of men.

The other measurement that jumped out of the 2021 results, was the significant increase in doctors-in-training reporting increased bullying, with senior medical colleagues the most likely source. In 2021, this figure rose to 50%, from a low of 32% the previous year.

There was a slight increase over last year in the number of respondents who indicated they felt intimidated at work – 37% in 2021, compared to 30% the previous year. The main source of intimidation was reported to be from patient’s families.

There was also an increase in the percentage of doctors-in-training who experienced discrimination – 32% in 2021, up from 27% in 2020.

This year, in addition to looking at previously reported measurements such as rostering, overtime, leave, and unacceptable workplace behaviours, ie. bullying and discrimination, we focused on a new wellbeing measurement.

In response to the question, ‘Do you feel valued by your hospital?’ 63% of respondents responded ‘yes’.

The number of respondents who said they would recommend their hospital to another doctor-in-training was also quite positive – with three-quarters of respondents (75%) giving the thumbs up on this measurement.

Something else we wanted to drill down on in this year’s survey was hospital facilities – with a view to finding out what additional amenities could be offered to improve the working lives of doctors-in-training.

You told us what was on offer at your hospitals and in the comment section, many of you indicated what could be done to improve these facilities.

Many of the requests were very reasonable – such as making fresh food available after hours or adding a few more computers to common areas. These are small, but feasible changes we are hoping to add to our advocacy that will improve your working lives.

To find out more about the 2021 Hospital Health Check, please go here: www.amansw.com.au/hospital-health-check-2021-key-findings.