There’s no one solution to doctor suicide, but we can address the issue by working together.

IN THE MONTHS since our network lost Dr Chloe Abbott and Dr Shirlene Lim there’s been a steady stream of think pieces and media reports on the wellbeing of junior doctors. Mostly, these reiterate things we already know: long hours are hard, training is difficult, and destructive bullying is far too common. An essay written by a Sydney intern and published in The New York Times even described seeing nasty wounds as an unreasonable stressor, leading her to want to smash things in a shop (I wonder if she’d thought about how stressful it might be for the patient to be wounded?). Are we making any progress on these issues? There is no version of medicine that can completely excise long hours and distressing situations. Regardless, something about medical training in Australia seems to be frequently tipping over into the unbearable. The majority of voices calling for change are female, including the anonymous author of ‘Medicine’s Dirty Secret,’ who most commentators assumed was male. How, as women and as doctors, can we start to take apart the system and put it back together again for the better?

I would not say that I have found the pathway through training easy to date. After losing two network friends and colleagues within months of each other, life lost its colour. I’d like to say I was spurned to action after Chloe died – Not again! Not on my watch! This has to stop! But truthfully, it was the fourth funeral I’d been to for a suicide in a year, and all I was spurned to do was lie down on the floor. Suicides always leave a void of unanswered questions. Simple answers like “work hours” and “exam stress” don’t cut it. The truth is more complex and unknowable. Concurrent interpersonal conflicts with other medical registrars and bad marks in trial exams left me questioning my skills. I couldn’t process what was happening in my own life, nor all the death around me. I couldn’t remember wanting to be a doctor. All I could see were smart people stuck in a vocation sucking the joy out of our lives, and the women in the trenches with me could apparently see no exit.

My partner got me up off the floor. In the days after Chloe died he took me to a rocky bay. We jumped off the rocks and swam out, diving down to the ocean floor to grab any plastic rubbish we could see, then carrying the litter back to the shore for disposal. I just kept focusing on each little piece of trash, picking up one bit at a time, making the ocean floor clean again. Then I went back to work.

Waiting for me was an email from Dr Yael Barnett, a senior staff specialist. The suicide of a friend during her university years had stayed with her through her life and career. Dr Barnett and fellow consultant Dr Ann McCormack wanted to offer help to women trainees. If something is wrong, they told me, tell us, we’ll listen to you, let’s see if we can fix it together. We agreed to meet for a coffee, it took some weeks to find a time we could all make it (those crazy workhours again). We wanted to consider different experiences, so we opened the invitation to other female doctors as well. The response was huge. I shouldn’t have been surprised; clearly there’s great need in our community of medical women to be there for each other and to start problem-solving a situation that has become toxic.

By the time more than 20 consultants and registrars signed up for coffee I started looking for a bigger venue. Fiona Davies, CEO of AMA (NSW), kindly agreed to support our initiative as part of the AMA’s spotlight on doctors’ mental health. We were able to upgrade from a local coffee shop to a tasty dinner at Folonomo in Surry Hills, a well-deserved treat for these women who work so hard. At dinner we focused on trying to identify the details of the adversity women face during training and how we could dismantle obstacles. Every consultant present could relate a time of significant personal hardship during training. We got to work identifying how support could be improved.

Currently, the majority of networks task network managers with overseeing trainee wellbeing. Those managers are also in charge of progression through training and have control over future career prospects. Many trainees feel uncomfortable revealing personal difficulties to the people who will be interviewing them for jobs. No one wants to be seen as the weak link or “problem registrar” and many had examples of times this has occurred. We realised we could solve this by creating a group that puts trainees in difficulty in touch with consultants who can help guide them. Most importantly, as multiple networks were represented at our event, we could provide a go-to for advice and support that didn’t rely on network managers and directors of physician training. Many consultants attending dinner volunteered their time and contact details for this purpose.

Multiple registrars reported that at informal pre-interviews for advanced training they have been asked if and when they intend to get pregnant. Networks have also been known to use loopholes such as short lapses between pre-vocational and advanced training contracts to strip female trainees of maternity leave entitlements. Maternity is creating a glass ceiling in medicine that is sometimes deliberately reinforced. Job sharing options are still non-existent in most networks and this is a simple refusal to allow access to doctors who are also parents to training. We must not accept being asked about our pregnancy plans at interview – presently, it seems a blind eye is being turned to this type of behaviour.

Lack of unification amongst junior doctors was identified as a factor thwarting progress. However, group action for improved conditions is difficult when junior doctors who do complain (for example, about inadequate accommodation on secondment, illegal underpayment of overtime, or unfair rostering practices) are labelled ‘troublemakers’. During negotiations for overtime pay one consultant (then a registrar) was told “junior doctors don’t have any political capital” and therefore networks “don’t need” to change. We may lack political capital as solo agents, but as the largest section of the medical workforce we can surely gain political
capital through cooperation.

To date, the response to events from the Royal Australasian College of Physicians has been discouraging. There has been no progress on running exams more frequently, addressing the lack of advanced training positions, or making training more flexible. The worst example for me was the treatment of a close friend of Chloe and Shirlene’s after he failed the written exam. He was told that (due to a new policy about a maximum number of attempts) he could never re-sit. Our friend applied for special consideration, seeking one more chance next year due to the extenuating circumstances of the death of two physician trainees he was close with. His bid was supported by letters from network consultants stating what an asset he’d been. The college declined, intimating he should have known better than to sit the exam if he was ill, and advising he pursue a career in something other than being a physician. Chloe died six weeks before our exam. This response fails to acknowledge the tragedy of events, as well as 12 months of hard work, incredible expense, and the psychological pressure that makes the choice not to sit a very difficult one. Their reply also lacked compassion for basic physician trainees during a difficult time. It’s easy to say the system is stacked against us and much harder to name a block and tear it down. It’s good to see programs like BPT-OK addressing issues, but it has been raised that additional compulsory activities could further reduce free time and worsen stigmatisation by implying mental illness is caused by a lack of resilience or self-care skills, rather than these things simply being small riskmodifiers. I recognise too that adversity in training is by no means the sole domain of women. Nevertheless, this impromptu coming-together of women was a departure point for us to seek solutions and pathways that will ultimately benefit anyone trying to maintain their humanity during medical training. We’re going to start out with continued events aimed at connecting female trainees with senior specialists for guidance and to provide role models. More importantly, these consultants won’t be the ones in charge of our progression through training. We’ll do something together about people being illegally asked about getting pregnant. We’ll have some fun together too and remind each other we’re not alone and don’t have to cut throats to be successful.

There’s a lot of plastic in the ocean and I’m not sure it’s possible to pick it all up, but despite this I no longer feel like one sad, little swimmer, now that I’m swimming with a whole team. 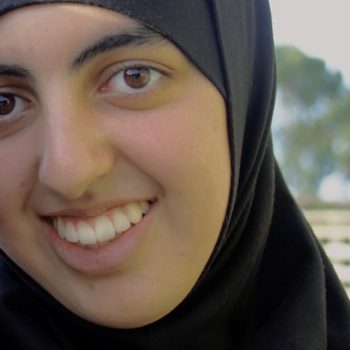