A slap in the face

The DIT’s guide to death 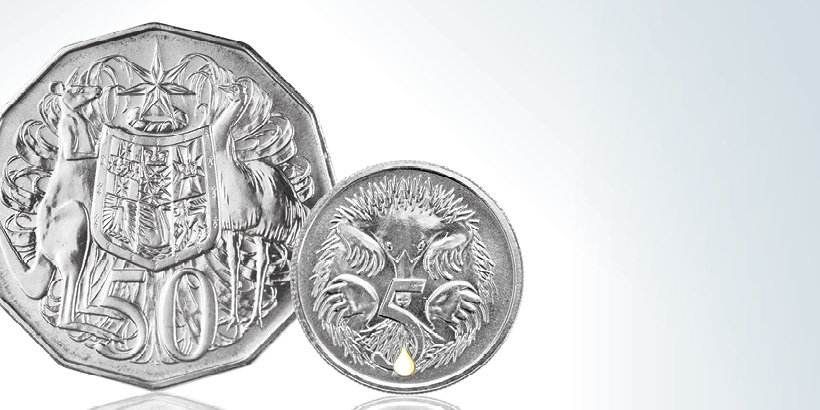 Federal Health Minister Greg Hunt’s claim that general practice has been “transformed” by the Government’s tepid thaw of the Medicare freeze – which will add 55 cents on a standard consult this July – is insulting, insist general practitioners.

He added, “So you have two large specialist groups which will be transformed.”

His comments drew ire from general practitioners who questioned how the tepid thawing of the Medicare freeze could relieve the chronic underfunding of primary care. More than 135 GPs emailed AMA (NSW) after we asked members if they thought the slight increase to the current Medicare rebate was sufficient remuneration for the quality of care they provide.

“It is an insult for the Minister to say this. It’s a paltry amount and in no way reflects the valuable care that I give to patients. The time, energy, and effort that I give to each and every one of my patients [keeps] them out of hospital… It makes sense to give primary care the value it deserves, because it is the proactive care of GPs that will in the end keep people healthy and [out of] the most expensive part of our health system,” said one GP in response.

In 2013, the Labor Government announced a “temporary” budget measure. It decided to freeze the amount of the Medicare rebate. While costs of living went up, the rebate was not indexed and doctors were paid the same amount as they were in 2014 when the policy came into effect.

Labor might have started the fire, but the Coalition kept it burning. When the Coalition came into power it proposed a number of ill-fated reforms, which were ultimately retracted by former Prime Minister Tony Abbott who declared co-payments, “dead, buried and cremated.” They did stick to the continuation of the Medicare freeze however, extending it until 2020.

Last May, general practitioners were slightly buoyed by the announcement from Minister Hunt that there would be an end to the rebate freeze. The devil, of course, was in the details. From July 2017, the Federal Government allowed indexation for bulk-billing incentives – the equivalent of about 12 cents.

This July, GPs will benefit from a further thawing of the freeze when indexation is applied to GP attendance items, which will add an extra 55 cents on a standard consult this July.

However, GPs must wait until mid-2020 for indexation on a further 140 MBS items.

AMA (NSW) has been flooded with comments from GPs who fail to see how the 55 cents from this July will have a meaningful impact on the permanent damage created by year-on-year underfunding of primary care.

As one GP said, “It has been patently obvious that the Medicare rebate has been insufficient long, long before the freeze was introduced and that the unfreezing will have the same effect as re-arranging the deck chairs on the Titanic.”

Another GP stated, “It is nothing other than a pretence. The ‘increase’ is miniscule – way below the CPI for even one year let alone five years, which extends long past the time that Labor had intended. Disingenuous, dishonest, dirty politics. What percentage have politicians and public service salaries risen in five years?”

[Editor’s note: According to the Australian Taxpayers’ Alliance, Australia has some of the highest paid bureaucrats in the world – earning salaries two or three times their US and UK counterparts. An independent Remuneration Tribunal gave politicians a 2% pay rise last June – the first in 18 months. The raise boosted backbench MPs salaries from $199,040 to $203,020, while the average cabinet minister is now paid $350,209. The pay rise coincided with a cut to their tax rate from 49% to 47%.]

Many general practitioners noted that they were increasingly finding it difficult for their practices to maintain financial sustainability.

“It is a juggling act every month to make enough to cover outgoings,” said one doctor.

“The slight increase in the Medicare levy barely covers the practice basics, such as increased electricity and staffing costs. It does not allow for providing good quality care as it compromises the full services a GP practice can provide,” said another GP.

Many commented on how the Medicare rebate freeze has forced them to rethink their billing practices – limiting bulk billing and increasing out-of-pocket costs for patients.

“I have abandoned bulk billing. The stress from being underpaid and overworked finally broke this camel’s back,” one doctor commented.

Another said, “I currently work in a mixed billing practice, so I have discretionary ability to bulk bill those people who are unable to pay any gaps. Whenever I do this, I wonder how many other essential service providers are providing a personal charity service to the population – dentists? Pharmacists? Psychologists? Each of these providers serve the needs of poor people, yet no one expects to access their services at no cost.”

The Federal Government routinely refers to bulk-billing rates, which have gone up, not down, in the wake of the Medicare freeze – as if this figure justifies a lack of investment in primary care. During the Sky News interview, Minister Hunt boasted that GP bulk-billing rates are about 85.9%. However, many medical professionals say this figure is misleading. Bulk-billing rates are calculated on services rather than patients, and include pathology and medical imaging. Analysts indicate that rising rates may also be a reflection of increasing health services that use the MBS, including women’s health centres, refugee health centres, family planning clinics, headspace clinics, alcohol and drug services, and not-for-profit rehabilitation centres, to name a few. These are all worthy services, however they increase the bulk-billing rates, and they are very different business models to private general practices.

A 2016 RACGP report suggested closer to 69% of GP consultations were bulk billed, and patients were paying an average of $48.69 in out-of-pocket fees.

“The gap fee charged by practices has increased, resulting in patients presenting to emergency departments where the cost of a consultation to the health system far outweighs the cost in a GP office. This waste of the health dollar has to be quantified and researched by the Government. If the Medicare rebate was higher, costs to run a small business could be met with a reduced gap fee, and more patients would have access to a general practitioner of their choice – the ideal situation for continuity and preventative health care. There is no doubt that underfunding affects primary care. Financial stressors on GPs are significant, and affects the quality care that can be otherwise provided.”

In addition to asking members about the remuneration, AMA (NSW) asked GPs how the chronic underfunding of primary care affected patients.

One doctor said, “Patients are less likely to visit their GP when they are asked to pay for the consultation, and when they do present it is often with multiple problems that have been saved up in order to get ‘value for their money’. This places significant stress on the GP to address all the concerns in the consultation. Some patients believe that it is their right to be bulk billed or in other words treated for nothing. They do not understand that when a GP bulk bills them for their consultation the GP is taking approximately half of what their peak body recommends is the appropriate fee. What other profession is asked to discount their fee by 50%.”

The other effect on patient care was the duration of time spent with the GP.

“The biggest issue with patients is the need to spend shorter and shorter time with them in order to make ends meet with consequential increase in referrals (quicker) and reduction in health outcomes.”

When the Federal Government announced its health budget in 2017, AMA (NSW) President, Professor Brad Frankum called it a “crushing blow” for GPs.

“At this rate it will be many years before patients see an appreciable difference in out-of-pocket costs,” he said.
“This is a crushing blow for general practice in NSW and continues to be an ongoing problem for specialists and the patients who need care.”

AMA (NSW) launched its ‘Future Practice’ campaign in May 2016 to help GPs build financially sustainable practices in the wake of the freeze.

The Future Practice campaign offers members several resources, including a Practice Health Check, as well as consultations with our Practice Management Advisor, Cathy Baynie – who has a wealth of knowledge and experience helping GPs around the State make their practice more sustainable by evaluating their billing methods. AMA (NSW) also offers GPs an IT consultation service to help doctors use technology more effectively to streamline processes and give patients the best experience possible.

In responding to Minister Hunt’s comments, several general practitioners urged the AMA to highlight that the rebate is actually money the Government gives to patients, not doctors.

As one doctor noted, “Patients have been led to believe that the rebate is what the doctors are, and should be, paid. I think it would be worth using the media to highlight the fact that the rebate is in fact a patient rebate from the insurance company they belong to – Medicare – so that they will not need to pay for the total cost of their own healthcare.”