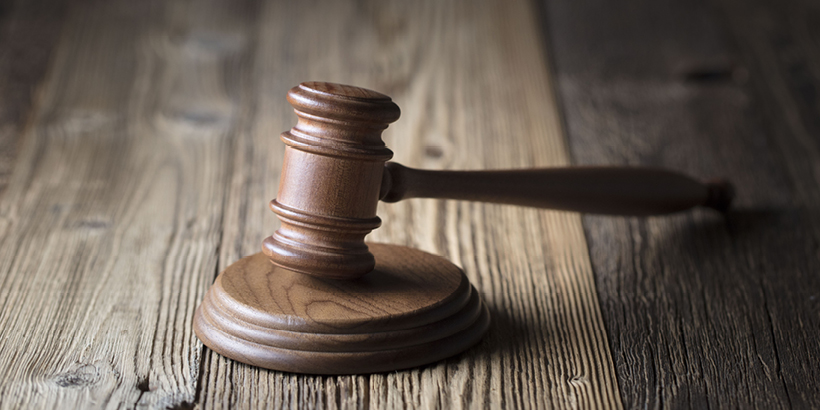 Huge outcry from medical professionals forced AHPRA to back down from its controversial policy to post tribunal decisions. However, Dr Michael Gliksman argues AHPRA’s underlying philosophy remains an issue.

Star Chamber
(def): an English court of law from 15th to 17th century, originally established to ensure the fair enforcement of laws against prominent persons that ordinary courts would hesitate to convict. In practice it became synonymous with oppression through the arbitrary use and abuse of the power it wielded.

More than 16,000 of our colleagues signed a petition1 calling on AHPRA to reverse its proposal to link tribunal actions to online registration details of doctors (and only doctors), possibly in perpetuity, when no adverse findings were made.

Clearly the signatories (myself included) agreed with Avant’s assessment that although no adverse finding would be noted on the register, there was real concern the allegation would be given more weight than the finding. After all, how could the Medical Board of Australia chair Dr Joanna Flynn’s statement that the move was to help ‘…build trust between patients and doctors’ be understood except as a restatement of the rubric ‘where there’s smoke there’s fire’ (even when it’s AHPRA rubbing the sticks together)?

AHPRA is constituted on the premise that the best (perhaps only) way to protect the public from medical misadventure is to detect and punish individuals. I believe this, as well as perceived bias, lies behind the opposition AHPRA encountered.

Punish the ‘bad apples’ – no one opposes that, but don’t confuse it with prevention and effective public protection. Is there a better way? The airline industry, focussing on a systems approach rather than simply punishing individuals after the event, has proven there is.

Airline industry regulators use root cause analysis2 to establish the systemic limitations that allows failure to occur, and then corrects these. It has helped transform the commercial airline industry’s safety record from 2379 passenger deaths in 1972 to 59 in 2017, despite the explosion in air travel in the intervening period.3

One need not imagine the consequences for that industry if it adopted AHPRA’s approach. Commercial airlines would fall from the sky on a weekly basis and beyond punishing surviving aircrew, nothing would be done to prevent recurrences.

Using the root cause method in the health industry requires investigation of all factors involved in the causal sequence, including the role of inadequate resourcing, excessive work demands placed on individuals, and other bureaucratic/systems arrangements that promote error, a task for which AHPRA has shown neither inclination nor competence. Instead, it is individual doctors that are scapegoated for any or (in the case of vexatious complaints) no part they have played in health system failures.

Even the limited prospect for prevention offered by AHPRA’s approach is mitigated by its other major failing – its inability to identify the innocent and guilty in a manner in which the profession and public can have confidence. This goes beyond simple bias.

Any decent society places the ‘Golden Thread’4 at the centre of its system of justice. In criminal matters this finds practical expression in the need for guilt to be established beyond reasonable doubt (BRD), a standard of proof designed to minimise the risk of wrongful conviction.

When it comes to the functioning of the various Tribunals judging doctors, the standard applied is the civil courts’ balance of probability (BoP); ie: 50:50. Presuming an unbiased approach, this will convict the innocent up to 49% of the time.5 The consequence of this lottery for the accused but innocent doctor can be devastating – including heavy fines, public humiliation, the destruction of reputation, livelihood and sometimes, the loss of life.

Does AHPRA owe a duty of care to those the subject of its investigations? This is yet to be tested in the Courts but if so, there is no evidence it acts as if so and I can find no section of its Act requiring it do so.

AHPRA’s snapping ‘The Golden Thread’ of the law – the presumption of innocence, as well as the fact that its panels are not bound by rules of evidence, represents the abuse of unequal power more potent than that of which it often accuses our profession.

On 27 July, AHPRA bowed to mounting pressure to rescind its ill-advised policy but like the Bourbons, it has learned nothing and forgotten nothing. Fresh from its defeat it has proposed an even greater outrage.

Proposed changes to the Medical Board’s Code of Conduct look much like a gag order, threatening those who speak out with disciplinary action and perhaps deregistration.

Section 2.1 states: “You need to acknowledge and consider the effect of your comments and actions outside work, including online, on your professional standing and on the reputation of the profession. If making public comment, you should acknowledge the profession’s generally accepted views and indicate when your personal opinion differs. Behaviour which could undermine community trust in the profession … may be considered unprofessional.”

The threat of disciplinary action for expressing an opinion of which AHPRA and/or its advisors disapprove clearly impinges on the ability of doctors (and only doctors) to comment and advocate for some of the most disadvantaged people in our society, or to participate candidly in debate over health-related matters that are not settled science or diverge from the majority.

It limits potentially our right to participate in the discussion of controversial social and medical issues such as asylum seeker policy, abortion, euthanasia, drug policy, public health and gender/sexual politics. Moreover, it highlights AHPRA’s ignorance of (or contempt for) the High Court’s ruling on the Constitutionally implied right to free political communication.6