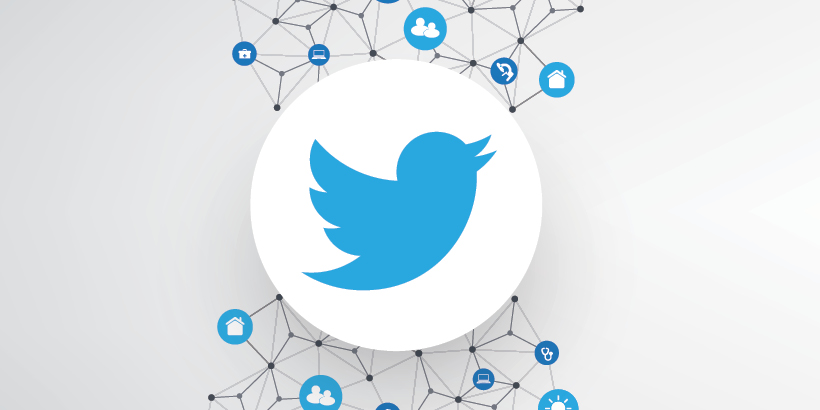 New rules to fight trolls and control spam are making Twitter a friendlier place. You might be late to the party, but enthusiasts argue there’s never been a better time to join…

Twitter was launched in 2006 – the same year Saddam Hussein was executed, Pluto was downgraded as a planet, and Cyclone Larry hit Queensland.

If it feels like forever ago – that’s because it was.

And while you might have dismissed it as a sad place for social media attention seekers, or anonymous trolls with an ax to grind, Twitter is still arguably the best place for breaking news and real-time discussion.

Proponents of the social media platform say it’s also changed – for the better – since it was first launched more than a decade ago. In March, Twitter CEO Jack Dorsey announced the social media platform would target disruptive behaviour by trolls that distort and distract from the public conversation. By using new behaviour-based signals into how Tweets are organised and presented in areas like conversations and search, they have limited the impact and reach of abusive and digressive comments.

“I have met extremely interesting people across disciplines, across countries, and across cultures that I would never have come across otherwise.”

She was convinced to join Twitter after hearing the keynote speaker Dr Victoria Brazil at the Social Media and Critical Care conference on the Gold Coast in 2013.

“She talked about tribal culture in medicine. How, for example, in hospitals, the emergency doctors stick together and it’s them versus the inpatient team, and the inpatient team versus the GPs. And how we sometimes function negatively across the tribes in the hospital system. That really rang true for me and I believe it’s quite a negative aspect of the system. Twitter is one way of crossing those boundaries.”

She started by live-tweeting during a medical conference, which she recommends as a great way for people to take their Twitter game to the next level.

“Go to your next medical conference, and just follow the hashtag. And in fact, following conference hashtags is a really good way to get more education and stimulate further reading on current topics.”

As a former journalist, Dr Pryor was used to a newsroom environment where she needed to know what was happening in the world and what news was breaking. But as a doctor, Dr Pryor’s usage has slightly changed.

“I also find it’s been useful for discovering new research, or what’s happening in the health department or health system. It’s really timely information that you can access.”

She adds that through Twitter she’s found a really good support network of doctors, as well as a way of directly communicating with people one might not normally have access to – such as representatives from the Ministry of Health.

And while some think the character limitation (which was doubled from 140 to 280 characters last November), doesn’t allow for meaningful exchange, Dr Pryor has found it’s possible to elevate the quality of conversation by inserting real evidence into a debate.

“Recently, I linked statistics on mental illness from the World Health Organisation that are actually different from what’s in the media conversation, which helps make the conversation a little more evidence-based.”

Doctors’ ability to leverage their medical education and expertise is one reason why many feel medical professionals have a duty to participate in online discussions. Dr Ashleigh Witt, who has more than 7,000 followers and is a prolific Twitter enthusiast, created a 12-point list on her blog which detailed her top Twitter rules. Rule number two states, “As health professionals we have a duty to participate in public discussion about health. If we don’t the chiropractors, celebrity health hacks and snake oil salesmen of the world will answer our patients’ questions for us.”

However, medical professionals – perhaps more so than most, put themselves at risk when engaging online.

“As doctors, we are registered to a professional body and therefore if someone is angry with something we’ve said the first thing they will do is complain to your employer and complain to your registered body. So, you can understand why people would be confronted by that,” Dr Selak says.

“But if you just leave social media to people who have nothing to lose, who are anonymous, who create accounts impersonating other people, who have no job, or no registered body, there is an unbalance in the voices that are heard. So, I think it is important. If we just put our heads in the sand, then I think we do ourselves and our patients a disservice because people get very biased views of what the truth is. And as medics, we know a lot about medicine, that’s what we’re trained for and if we leave a void that will get filled by people perhaps less appropriate.”

Dr Selak says while some people are out there to use your words to further their own agenda, she has learned to control some of the negative aspects of Twitter.

“I have a medical focus. I do keep up with current affairs and I do tweet more broadly. But I am mindful that if you start tweeting about politics you will attract negative content – because clearly with politics, whatever your position is, half the people will have the opposite position.

“You can easily control your content when you have a smaller circle. In fact, some of my tweets which have been very widely spread, in a way those are the ones that attract negativity.”

Dr Selak recently tweeted about the Thai Cave rescue acknowledging the efforts of Dr Richard Harris, and the sad fact that while he was overseas his father passed.

“I did a tweet, saying, ‘this is medicine – we miss family tragedies whilst helping others’, and it was re-tweeted quite widely. And in the beginning, it received very positive comments. But then people started saying, ‘oh, you think medicine is the only profession where you miss things’… so pretty much anything you write could be twisted. Especially the larger your following, the more likely that is to happen.”

There will always be differing points of view. But when it comes to abusive comments, your online response should be similar to how you might deal with a negative person in real life.

“I’ve learned it’s best not to get into debates with people. Once you’ve said your piece and they’ve said their piece, don’t keep fighting it out, it’s not worth it,” Dr Pryor says.

You can always block and report someone to Twitter and medical professionals have the option of engaging with their Medical Defense organization for further advice if they find themselves in a difficult position.

At the time of writing, the Medical Board of Australia and AHPRA were proposing changes to the current Code of Conduct, which has the potential to affect doctors’ use of social media.

The draft document, Good Medical Practice: A Code of Conduct for Doctors in Australia (June 2018) introduced a new section to the Code, which states:

“The boundary between a doctor’s personal and public profile can be blurred. As a doctor, you need to acknowledge and consider the effect of your comments and actions outside work, including online, on your professional standing and on the reputation of the profession.”

Doctors’ groups expressed concerns that the section is ambiguous and leaves too much room for subjective interpretation. It could also be construed as an attempt to curtail what doctors say publicly, thereby stifling the ability of medical professionals to contribute to public debate.