UNDER PRESSURE AND UNDERFUNDED

UNDER PRESSURE AND UNDERFUNDED

The AMA’s Public Hospital Report Card reveals a public hospital system that is struggling to cope with record demand. The message is clear: change is needed.

Delays to treatment, bed shortages, and lengthy waiting lists for elective surgery will come as no surprise to doctors.

In our recent Senior Doctors’ survey, AMA (NSW) members told us that some of the biggest hurdles they face include inadequate hospital funding, increasingly complex and demanding work environments, ED overcrowding, and a healthcare system that is “groaning under the weight of bureaucracy.”

One doctor noted, “The operating waiting lists have become longer, and I cannot see any plan on how to help this. Patients have dropped insurance or are not using because of COVID. I see patients in my private rooms that then can get booked on one of the two public waiting lists I have. This means that the waiting lists will become even longer with less patients going private. What is the Government’s provision for this and how to manage these patients?”

Using data published by the Australian Institute of Health and Welfare, the AMA Public Hospital Report Card substantiates these comments. It paints a clear picture of a system that is deteriorating.

The findings reveal access to public hospital treatment in many jurisdictions and public hospital waiting times are getting worse. Compared to 2017-18, no State or Territory improved public hospital performance in 2018-19 by one per cent or more for the four indicators examined.

The Report Card finds the number of emergency patients is increasing – in 2018-19 more than 8.3 million patients presented to public hospital emergency for treatment, an increase of 4.2% on the previous year.

Patients are more likely to need urgent treatment. Nine years ago, 43% of patients were in the resuscitation, emergency or urgent categories. By 2018-19, this proportion had risen to 53%.

In that same year, more than 3 million emergency patients required urgent treatment. While two-thirds were treated on time, more than a million of those patients waited longer than clinically recommended.

The Report also finds patients are more likely to need a subsequent admission. Between 2013-14 and 2018-19, the number of emergency patients who required a subsequent admission increased by 5 per cent on average, each year. The increase is 1.73 times the rate of growth in total emergency presentations each year, and 3.5 times the rate of population growth.

In 2018-19 only half of all patients who needed resuscitation or emergency care, and 61 per cent of urgent patients, left emergency within four hours.

Comparing the number of available beds to the size of the population is a good indicator of public hospital capacity. Unfortunately, this number is declining. Available hospital beds per 1,000 population in 2017-18 dropped to 2.51, lower than the 2.55 beds per 1,000 resident population the previous year (2016-17).

Australia’s ageing population of baby boomers helps explain this trend, as the likelihood of requiring a hospital bed increases with age. Cohorts aged 65 years or more, used 40 per cent of all public hospital separations in 2017-18. Once admitted, this cohort remain hospitalised for 33 per cent longer than all other age cohorts. The report notes the public hospital services utilisation rate for this older cohort is also intensifying.

At the same time, the numbers reveal that in 2017-18, the ratio of public hospital beds for every 1,000 people aged 65 years and older declined for the 26th consecutive year to 16.0. One hospital bed per 1,000 population aged 65 years or more has been lost in just the last two years.

As the report notes, the official elective surgery numbers are likely underbaked, as the data does not include how long patients wait for elective surgery from the time they are referred by their GP.

HOW DOES NSW COMPARE?

The performance data for NSW reveals a decrease or stagnation in performance across four of the five categories analysed in the report.

“Throughout each year, NSW hospitals are facing record or near-record demand and this pressure continues to build. We can no longer blame these increases on one-off surges due to “a bad flu season”, says AMA (NSW) President, Dr Danielle McMullen.

In 2018-19, the percentage of Triage Category 3 (urgent) emergency department patients seen within the recommended time (<30minutes) dropped to 74% from 76% the previous year.

There was also a decline in 2018-19 in the percentage of emergency department visits completed in four hours or less.

In terms of waiting time for elective surgery, NSW patients are worse off than other patients around the country, with the median time climbing to 51 days.

“NSW has invested in hospital redevelopments; however, whilst we have bigger buildings and greater capacity, workforce shortages mean hospitals are not operating to their full potential. Our surgical waitlists are unacceptably long. We need a long-term solution to improve the capacity of our public hospital system to treat these patients,” Dr McMullen said.

She adds that workforce levels have not kept pace with demands from a growing and ageing population that is presenting with increasingly complex, chronic conditions.

“These factors will continue to challenge NSW, as the population is expected to grow by 14 per cent across the next 10 years. Meanwhile, the 65-year-old demographic is predicted to grow by 33 per cent, to make up nearly one-fifth of the State’s population by 2026. The NSW public hospital system is busting at the seams and needs strategic intervention to reduce presentations, reduce admissions, and optimise public hospital care to make sure we are treating our patients in the right place, at the right time.”

The Report did find that there has been an increase in per person average annual growth in public hospital funding by government source of 1.08% from 2007-08 to 2018-18.

The Report Card suggests the public hospital funding formula that has been extended to 2025 will not alleviate some of the current challenges the system faces in the previously discussed performance measures.

Under the current formula, the Commonwealth contributes 45% of the efficient growth in public hospital activity, capped at 6.5% per annum.

As indicated in the report, most of the Commonwealth growth funding reflects increased public hospital services volume.

In 2020-21, the Commonwealth share of public hospital funding will be indexed by just 2.1% – a rate that is too low to accommodate for growth in service volume.

The AMA is warning the Commonwealth that more funding is needed, particularly as public hospitals are struggling to meet higher costs due to COVID-19, a backlog of cancelled elective surgeries and an expected surge in demand for medical care from patients who delayed seeking treatment in 2020.

If this funding shortfall isn’t addressed, the AMA suggests the current funding agreement between the Commonwealth and States will leave States in a precarious position at a time when they face increased costs.

To remedy the situation, the AMA is calling on the Government to:

“The AMA will continue to advocate for changes to support high quality health care delivery in public hospitals, but the very clear message is that change is urgently needed to keep our public hospitals at a world standard as the impact of the COVID pandemic flows through the economy and our health system,” stated Federal AMA President, Dr Omar Khorshid in the report. 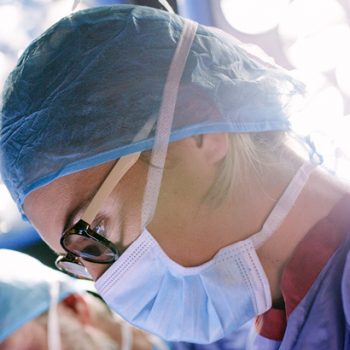 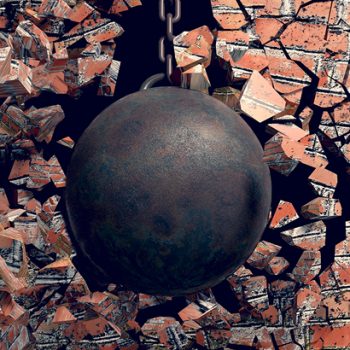