If mum jeans, velvet chokers and scrunchies are making a fashion comeback in 2018, why can't we do the same for the white coat?

Junior and senior doctors alike, we need a rapprochement with the white lab coat. Hear me out on this nostalgic fantasy. Although still popular in some countries, white coats are considered archaic in Australia, much like paternalism and treating consultants as infallible earth-bound deities. Nevertheless, our traditional uniform could help us a lot.

Hospitals are busy, confusing places. Most civilians have no idea what each role does or who's doing it. An average inpatient may encounter more than 15 healthcare workers per day including, but not limited to, three shifts of nurses, physios, kitchen staff, wardspeople, dieticians, speech pathologists, allied health and students. Then there's the medical team. Yesterday, for example, I rounded with my consultant, an advanced trainee, an intern, two "buddy" interns learning the ropes for orientation week and two medical students, bringing us to the modest total of eight doctors. That was just the treating team, without additional specialty consults.

When asked to picture a doctor most people think of a person in a white coat with a stethoscope slung casually around his or her neck. TV wardrobe departments reliably trot out this archetype. In real life there is no visual way for patients to differentiate doctors from other healthcare workers. While we may introduce ourselves, it is difficult for patients to keep track. We should take back the TV costume and use it to give patients a clue as to who is controlling their pain relief.

It's not just patients who will benefit. Uniforms remove a lot of effort from dressing. I acknowledge that there are still uniforms in medicine; green emergency scrubs, blue theatre scrubs (although again, no differentiation between doctors and nurses there) and the uniform of every male JMO who has ever done a rotation in a rural hospital; R.M. Williams boots, check button-down shirt and chinos. Regardless, a coat remains superior as it renders ironing and stain removal unnecessary. Plus, huge pockets!

The white coat benefit would be greatest for female doctors. Male readers may wonder why I care so much about being mistaken for a non-doctor, but female DITs will know the tedium of being constantly mistaken for a nurse for no better reason than outmoded gender stereotypes. Corporate attire such as tight pencil skirts and heels are impractical for hospital work. The total lack of pockets in women's clothes can only be described as a form of sartorial sex discrimination. We also have to worry about the "message" our clothes send. How short, low cut, tight is ok? Decision fatigue soon sets in. When rotations drag on I find female registrars start to gravitate towards "work pyjamas"; stretchy, washable clothes that don't need to be ironed and make dressing less of a chore as we resuscitate, run around clinics, lose and gain stress weight and get spattered with bodily fluids. Recently, a spurting radial artery got me right across the front of a brand-new skirt while my consultant laughed at me. Slipping on a white coat would remove so much heartache. Thrown over a dress, pants, scrubs, comfy clothes or even non-comfy clothes, the daily clothing battle would be simplified and would instantly level a gendered playing field.

Another patient benefit is infection control. There is a reason we wear scrubs and gowns in theatre. Everyday work clothes are infection vectors for community pathogens like MRSA. Covering our clothes with a fresh white coat from hospital laundry would reduce pathogen transmission whilst also preventing resistant bacteria, flu and gastro viruses from making a home on our favourite casual cashmere knit. Of course, this is a hypothesis, transmission isn't proven, yet similar benefits to those seen with banning ties and the "bare below the elbows" policy are likely.

I can't start this trend alone, if I start strolling around the ward in a lab coat I'll just seem eccentric (or should I say "more eccentric"). I need others on board. Maybe I could tell the medical students it's mandatory and normalise white lab coats for a new generation before anyone even realises it's just something I made up. Either way, I think a white coat comeback has huge potential. Watch this space. 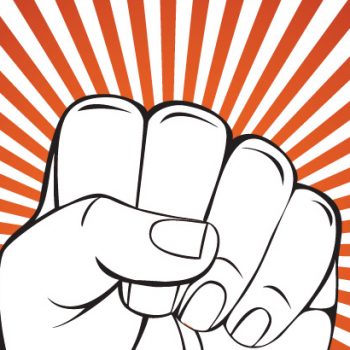 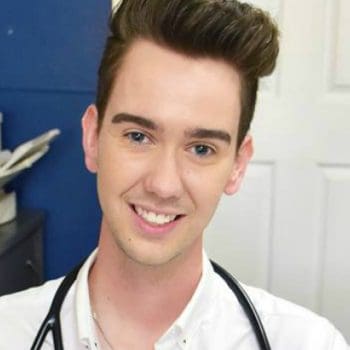