In late January, the UK High Court upheld an appeal by the British General Medical Council to remove paediatrician Dr Hadiza Bawa-Garba from the medical register, following a conviction of manslaughter in 2015 as a result of the death of a six-year-old boy with sepsis who was in her care in 2011.

Was she to blame?

On the day this little boy died, Dr Bawa-Garba was doing the job of several doctors, her consultant was not on site, the electronic results system was down, and he was given an unprescribed dose of enalapril an hour before he arrested.
Her case has resonated with doctors around the globe, and particularly here in Australia, where we draw many parallels between our own stressed public health system and the NHS. For many doctors-in-training, this story embodies our worst fears, yet most terrifying is the simple recognition – it could have been me.

This story is not one in which a doctor killed a child, but one in which a struggling health system failed to save him. Yet while she likely felt and took responsibility for the little boy's death long before a jury decided it was so, the system has not learnt, and is much more likely to fail another child.

For us, this story follows three years of steady widespread revelations of toxic culture in medicine – sexual harassment, discrimination and bullying, doctor suicides and much broader issues of wellbeing. All forged in and nourished by a culture of abuse and blame, secrecy and shame, and the multiple failings of a system under pressure.

#IamHadiza reflects the cry of injustice for scapegoating an individual for the failings of a system. But it's also the cry of rebellion against the cultural failings of medicine that we thought we were starting to leave behind.

2017 was a whirlwind year for the Doctors-in-Training Committee. We launched the first Hospital Health Check Survey, used its results in a multi-platform media campaign advocating for doctor wellbeing and safe working hours, exposed gender discrimination in recruitment processes, and worked with the Ministry of Health on the 10 domain JMO Wellbeing and Support Plan.

The 1107 Doctors-in-Training (DITs) who completed the 2017 Hospital Health Check Survey identified these issues for change: unrostered overtime and excessive workloads (often creating – or in the context of – unsafe working hours). While there are many reasons DITs don't claim their overtime, the most common (60%) was "workplace culture expectations", and the second most common was "overtime doesn't fall under approved reasons".

Like untreated sepsis in an immunocompromised host, toxic culture is allowed free run where systems do too little to contain and protect against threat. In NSW hospitals we've implemented extensive protocols to catch and treat bacterial sepsis early. Now we need to apply the same principles to toxic culture syndrome. Learn to identify the warning signs and act to stop it, because it too can kill.

For the Doctors-in-Training Committee in 2018 this will mean continuing to build on what we started in 2017: continuing to push for safer working hours and protections enforcing the same, addressing 'wage theft' (aka unpaid unrostered overtime), addressing structural barriers to gender equity in medicine, making flexible training the rule rather than the exception, and continuing to work at all levels to improve the mental health and wellbeing of all doctors for the ultimate health of all our patients.

In aid of these lofty goals we will be running round two of the Hospital Health Check survey, and holding hospitals accountable for lack of improvement in the last 12 months, the inaugural NSW Junior Doctor Conference (JDC), and other events, in addition to our monthly AMA (NSW)/ASMOF (NSW) Alliance DITC meetings.

While a year isn't very long in the scale of system or cultural reform, even a few careful paddles on one side of the boat can change the whole trajectory. We just need to keep front of mind that system problems and culture problems are chicken and egg – they both create, exacerbate and perpetuate one another, and must be considered two parts of the same cycle.

What of you, fair reader? Do you want to be part of the cultural revolution in medicine? Here are some places you might like to start:

The Risk of Complacency 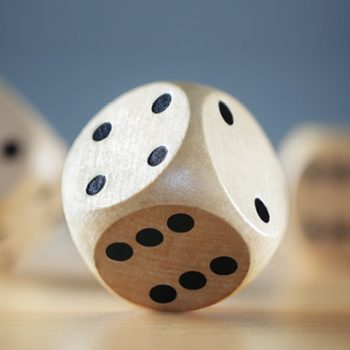