“I don’t know many happy doctors.”

This was my mum’s response when I was 13 and announced that I wanted to be a doctor.

It is well-established that the medical profession has high rates of depression, anxiety and suicide when compared to the general public. The oft-quoted BeyondBlue survey of 2013 shone a harsh spotlight on this issue and since then, the amount of attention being diverted towards mental illness has only intensified. Too often we hear the grim statistics, the heartbreaking individual stories of doctors who have taken their own lives, and the strikingly common theme of calls for ‘something’ to change.

Recently, after reading another round of articles about doctor-suicide, I listened again to a lecture that had been delivered to us early in first year. It featured an explanation of the state of mental health amongst doctors and medical students, with plenty of education and helpful self-care advice. To convey the realism of the issue of mental illness to us, the lecturer shared stories of her colleagues who had taken their own lives. But I was struck by a sense of the familiar. These were the same stories I had read about through various news outlets and statements two days prior. Names, locations and backgrounds were different; but the crux remained the same: promising, beloved doctor takes own life. Leaves behind devastated family, friends, peers and patients. Identical stories, years apart, despite ever-increasing awareness.

I am sure I was not alone in asking ‘can and will anything tangibly, realistically, measurably change?’

Last year, our school community experienced the loss of a peer by suicide. The impact was felt across all cohorts; for it resonated with each of us and hit closer to home than we had ever truly experienced previously. The response to this however, was remarkable.

With the assistance of staff and the university, students came together to support each other in the weeks and months following. An action plan was developed to improve wellbeing at the school of medicine. Fast-forward a few months, and an open student-staff committee has now been established to ensure greater integration of wellbeing measures in the course.

The school introduced ‘wellbeing days’, which medical students can take as needed, generally without required remediation, for self-care activities. And if a student appears to be taking a significant number of wellbeing days, a support pathway is activated, which includes reaching out to the student with input as needed from a recently-appointed psychiatrist heading up student affairs. Crucially, this role is independent to the academic staff, and focuses on creating positive wellbeing strategies, as well as reducing the stigma around mental health.

These steps are a starting point, with the hope that students will embrace them and utilize the strategies well. The aim is to progressively improve our mental health.

The practical measures are important, but of equal significance is the broader message that this sends: the acknowledgement of mental health issues, by a training institution, as both acceptable and manageable.

Our student society and our psychiatrist spoke to new first year students in their O Week. Part of the talk was to immediately impress upon the newest members of our profession that their wellbeing is of the utmost priority. The psychiatrist utilised a remarkably refreshing analogy to simplify it: “If you were beginning a program at a sports institution as professional athletes, there would be 10 different people standing up here introducing themselves as the people who will care for your body whilst it undergoes an intensive and rigorous training process. Medicine is similarly a field where you will be placing your mind and brain under extreme stress at times and, as such, it is abundantly clear that the same psychological support should be provided for your minds, as it is for athletes’ bodies.”

Should these new students embrace and propagate a culture where discussing, accepting, and seeking appropriate help for mental health issues is normal; they can thrive. This culture can gradually carry through as students graduate to doctors. Practical steps taken by universities, hospitals, colleges, other regulatory bodies in medicine and government should be geared to produce on the ground improvements for individuals.

I believe that in another few years a student can be in my place, sharing a story not of the loss of a colleague, but the life of a colleague maintained by an ingrained culture of support, compassion and normalisation. 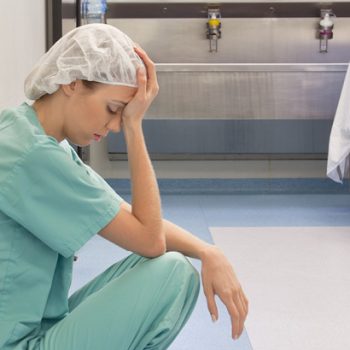 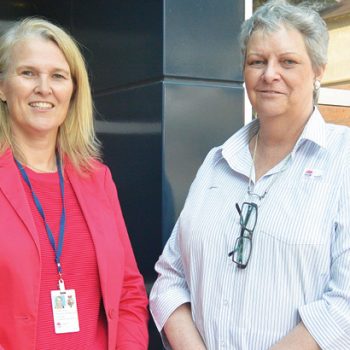