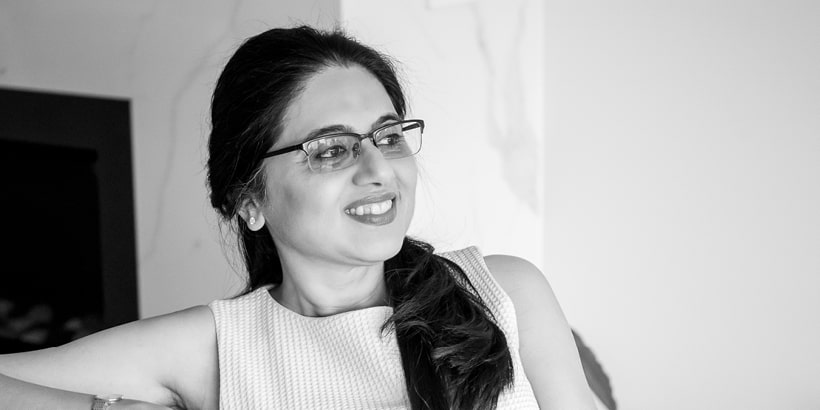 Dr MONISHA GUPTA is an International Medical Graduate (IMG) from India who obtained her specialist dermatology qualifications in 1993.

After practicing in India for 10 years, she later moved to Australia in 2006 where she underwent two years of upskilling and then took fellowship exams in 2008 to become an Australian dermatologist.

Dr Gupta currently works in Southwest Sydney juggling private practice in Leumeah, working as a senior staff specialist and Head of Department at Liverpool Hospital, and running a complex medical dermatology clinic specialising in pigmentary disorders, psoriasis, and eczema at The Skin Hospital in Westmead and Darlinghurst.

Dr Gupta didn’t choose to become a doctor – rather medicine chose her. Her childhood dream was to be a textile designer. However, after ranking in the top 10 in her Year 12 exams, she automatically obtained admission at Dayanand Medical College in India.

Dr Gupta is a passionate advocate for equity in medicine. She believes in equal opportunity – irrespective of a doctor’s country of training, age, gender, or ethnicity.

According to Dr Gupta, Australia gave her a “fair go”, offering her the opportunity to upskill, take the fellowship exam and prove her competence to work as a dermatologist once again, at the age of 42.

She moved to Australia to achieve a work-life balance that wasn’t available to her in India.

“I worked over 70 hours a week in India juggling work and family. I did not take time off for childbearing or childrearing in my career,” she said.

Being a leader herself, Dr Gupta wishes more females and IMGs would apply for higher positions.

“Women and IMGs form a large part of the medical workforce in Australia, but few are seen in leadership positions. We need to create opportunities for equity not equality alone as these people often lack the networking support and start from a lower base.

“I have fortunately faced no barriers in the support for the leadership roles I have desired within the dermatology community. I feel that this would be partly due to my having gone through the training program and taken the exam thereby ‘proving’ my ability and winning over support along the way.”

While she was supported in her ambitions, Dr Gupta says this isn’t the case for all IMGs/women in medicine and argues that a larger support system for doctors with diverse backgrounds is needed.

“I luckily have been well supported by my colleagues, especially men, middle-aged white men who still wield power in Australia. It is important to have male allyship towards women in medicine. Even in 2021, men outnumber women in positions of power.

“Dermatology has over 70% of women in the training program currently, but that also creates an imbalance.

“From a workforce perspective, as women work fewer hours, having to take time off for childbearing and caregiving responsibilities; for every male dermatologist retiring, we likely need twice the number of female dermatologists to replace the ‘man hours’ of work to meet the demands of service delivery,” she says.

“I also believe we shouldn’t be talking about ‘maternity leave’ but ‘family leave’. When two people of any gender or sexual orientation wish to extend their family, they need flexible workplace arrangements to meet their responsibilities.”

When asked how we can work on improving gender equity, Dr Gupta states, “We must acknowledge and accept differences and aim for inclusions to benefit from diversity. Creation of ‘equal opportunity’ workplaces is needed. For inclusivity in training and delivery of care we have to overcome the ethnocentricity in medicine.”