Awarded the AMA Gold Medal in 2018, Dr Murtagh is renowned for his internationally-adopted medical textbooks, which have become the authoritative reference texts for doctors and medical students alike.

Cautionary Tales is a collection of authentic case studies encountered over 50 years of practising medicine, mostly drawn from Dr Murtagh’s own practice in rural Victoria, as well as from his wife Dr Jill Rosenblatt. Together the couple served as the sole practitioners to a farming community in a small township with a 12-bed Bush Nursing Hospital.

This revised work builds on the first two editions of Cautionary Tales and features Dr Sara Bird as co-author, a Sydney GP and Manager of Medico-legal and Advisory Services for MDA National. For more than two decades, Dr Bird has assisted general practitioners and their medical staff deal with a variety of medico-legal issues which can arise in general practice, including medical negligence claims, complaints, Coronial enquiries and other investigations. She is also the author of the Medico-legal Handbook for General Practice.

Cautionary Tales is an important resource of medical education – stepping beyond the theoretical knowledge that serves as a base for clinical knowledge. It weaves together the physical presentations of medical conditions with the relationship between doctor and patient, providing a psychological, social and environmental context for the readers.

The clinical situations presented in this book include the “atypical presentation of a common disease and the typical presentation of a rare disease” – they are the cases that confound, intrigue and ultimately teach. They contain common pitfalls that regularly befall both the inexperienced and experienced doctor. According to Dr Bird, the tales reveal Dr Murtagh’s humility and often his sense of humour. Each reflects Dr Murtagh’s sense of privilege to practise medicine and serve his patients.

Since 2015, there has been a 20% drop in the number of doctors applying for GP training. According to Dr Murtagh, the recent drop reflects the poor remuneration for general practice.

He argues we also need, “better training opportunities in model general practice during undergraduate and postgraduate years. The students need positivity from the universities and hospital personnel regarding the attraction, value and status of general practice.”

Excerpt from Cautionary Tales: A black hole and black snakes

It was during a hot afternoon’s busy surgery that I received a call from an ambulance officer. “We’ve been called out to this bloke who’s fallen down an old mine shaft: the rangers reckon he’s dead but we’re not sure,” he said.

“He’s probably been down there for days and he really smells. His legs are broken and some snakes are down there with him. The hole’s about 12 m deep, so do you think we should attempt any heroics? Is it worth hauling him up carefully?”

I decided to visit the scene immediately and arrived to find the men hauling the ‘body’ up the mine shaft. Suddenly, two large battered serpents were flung from the hole: red-bellied black snakes (very dead, fortunately). Eventually, a rather tragic sight emerged: the malodorous, distorted unconscious figure of a pale, young man. Incredibly, he was still alive despite having been down the shaft for almost three days. I recognised him as ‘David M’, a pleasant 20 year old who suffered from epilepsy; he was an avid gold prospector.

A rapid examination revealed several large lacerations on his scalp and back with a fractured leg and posterior dislocation of his right hip. The foul odour was due to faeces; his pulse was rapid and thready, and his systolic blood pressure was 60 mm Hg. The question remained: did he have envenomation from those black snakes? Red-bellied black snakes are not very venomous, but they still deserve respect. One significant finding really stretched the imagination. Peering into his wound I thought I could see a pulsating artery, but closer inspection revealed it to be large maggots.

I quickly inserted an intravenous line with Hartmann’s solution as the ambulance sped off to the bush nursing hospital. David responded to the resuscitation and started moaning with the pain. Cleaning the poor fellow was a task for strong stomachs.

The patient’s haemoglobin was 60 g/L and so we began a transfusion following typing and cross matching. We decided not to give antivenom but to ‘play it by ear’. Removing the maggots proved impossible because of their countless number deep in the wounds (which appeared amazingly clean). I contacted an experienced surgeon who recommended bathing the wounds with chloroform. It worked like magic: the anaesthetised blowfly larvae were flushed out easily.

The patient improved dramatically with a blood transfusion and passed urine that was essentially normal. When he had recovered sufficiently we took him to theatre, reduced the hip and fractured leg, and finished cleaning and suturing the wounds. David made a remarkable recovery, highlighting yet again the amazing recuperative powers of the human body.

Reprinted with permission from McGrawHill Australia. John Murtagh’s Cautionary Tales is available now at www.mheducation.com.au or through your preferred bookseller. ARP $69.00. 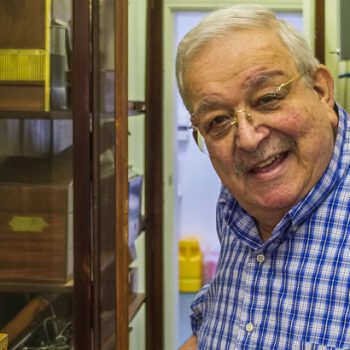 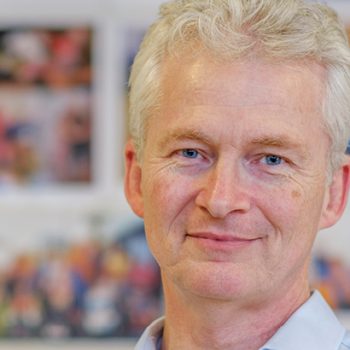