From intent to action

Are we there yet? 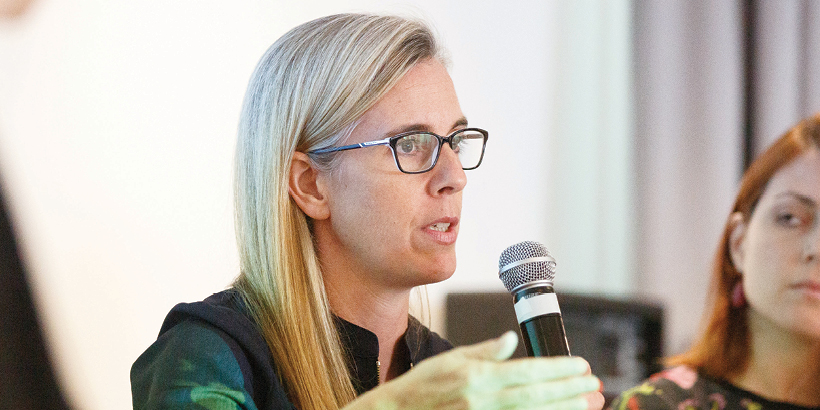 While gender equity is widely recognised as a cultural and professional imperative, there is a disconnect between aspiration and action.

“There’s been some cultural shift in recognising the importance of equitable and diverse participation and representation, as outlined in many organisational statements on the topic. But we’ve too often assumed that by saying gender equality should happen, that it will,” said Dr Tessa Kennedy, Chair of AMA Council of Doctors-in-Training, during her opening remarks at the AMA Gender Equity Summit, held 23 March in Sydney.

Dr Kennedy led the one-day conference – the purpose of which was to bring together a range of stakeholders to discuss the cultural and practical barriers to achieving gender equity in medicine.

Traditionally a male-dominated profession, medicine has slowly become more gender inclusive. We reached gender parity in medical schools more than 20 years ago, with women now making up more than half of all medical school graduates. However, women are still under-represented in most specialties and in leadership roles. In 2016, women represented 12% of all surgeons and in 2018, only 5% of heads of surgery in Australian medical schools are female.

And while 40% of Federal AMA board members are women, there is recognition that the AMA can do better with the level of representation on some of its policy-making councils and committees.

Other medical organisations have a similar story – notably, there is not one woman on the nine-person board of the Australasian College for Emergency Medicine.

“The trickle up approach hasn’t worked,” Dr Kennedy said. “There are large gender pay gaps for equally trained and skilled professionals in all craft groups. And even where women doctors are primary breadwinners for their families they tend to shoulder a greater burden of childcare and domestic work.”

The summit gathered more than 70 leaders from across the AMA and the broader medical profession, and featured guest speakers from other industries to share how they have successfully improved culture and developed systems to encourage gender equity in their sectors. This was followed by a panel session with leaders from medical and health organisations who discussed emerging best practice and remaining challenges to gender equity in medicine.

During her keynote address, Ms Libby Lyons, director of the Workplace Gender Equality Agency (WGEA), told conference attendees there are a number of factors that impede women from achieving leadership positions, which are relevant not just to medicine but to employers and employees across Australia.

“One major problem we face is a lack of flexible working for women but more particularly men.

“It may be 2019, but today’s workplaces are still shared by deep and long-held beliefs about the ways in which women and men can and should work and about the value of their work.”

Ms Lyons pointed to 2016 research by Chief Executive Women and Bain and Co which found men are twice as likely to have their requests to work flexibly denied and that there is an overwhelming perception that men who work flexibly are less committed to their job.

Women, on the other hand, work part-time at three times the rate of men.

In Australia, for every hour of unpaid domestic work a man does, a woman performs an hour and 46 minutes.

“Women are more used to working flexibly or part-time and the main reason for this is that women continue to do significantly more childcare and unpaid domestic work than men,” Ms Lyons said. “This unpaid caring and domestic work is, sadly and quite simply … taken for granted.”

This is a major barrier to career development and earning capacity. Part-time employees are far less likely to progress to senior or management roles. WGEA statistics reveal only 6% of all managers in its dataset work part-time.

“The same can be said in medicine – studies have shown that female doctors perform equally as well as their male peers on all measures of medical knowledge and skills, but are often dissuaded by the inflexible hours of work and training, and the perception that disciplines such as surgery are ‘incompatible with family life’,” Ms Lyons said.

Current problems with workplace policies that were identified during the summit include: inequitable parental leave; lack of support for return to work during lactation; lack of accessible childcare; inflexible training pathways; and lack of access to relief cover for employees on parental leave.

“To be clear, this is not just a women’s issue,” Dr Kennedy said. “We feel the brunt of it professionally, but these inequitable policies sell all of us short on one side of the equation or the other.”

Not only do women deserve an opportunity to progress their careers, but research demonstrates gender-diverse teams are better at decision-making, allowing for different views and experiences, and fostering innovation and creativity.

As for better parental leave – men stand to benefit from policies that recognise the value they have as carers and role models.

Gender equity is not a zero-sum game.

“If we are to see more men become active parents, employers need to look at their parental leave policies and we need to recognise that rigid workplaces where 15- and 16-hour days are the norm are not just hostile to women but also toxic for men,” Ms Lyons said.

WGEA statistics reveal that more than half of employers do not provide primary carer’s leave over and above the government scheme.

WGEA data also demonstrates there has been a big jump in Australian employers developing strategies or policies to support gender equality. While this is good news – there is a divide between policy and performance.

“At the moment, our data clearly shows there is an action gap,” Ms Lyons said.

Instead she offered a better approach to addressing gender equality is to pick parts of the system that drive inequity, focus on those areas, measure change and then move on.

“Effort and intent is not progress,” she said. “We must hold each other accountable to what success looks like.”

With that in mind, Gender Equity Summit attendees developed a list of priority actions to improve gender equity in medicine.

Recommendations for Action from the Summit Include:

A full report from the Summit was scheduled to be made available after this edition of The NSW Doctor went to print. The recommendations are not binding; however, they will inform the development of an AMA action plan on equity and diversity in 2019.