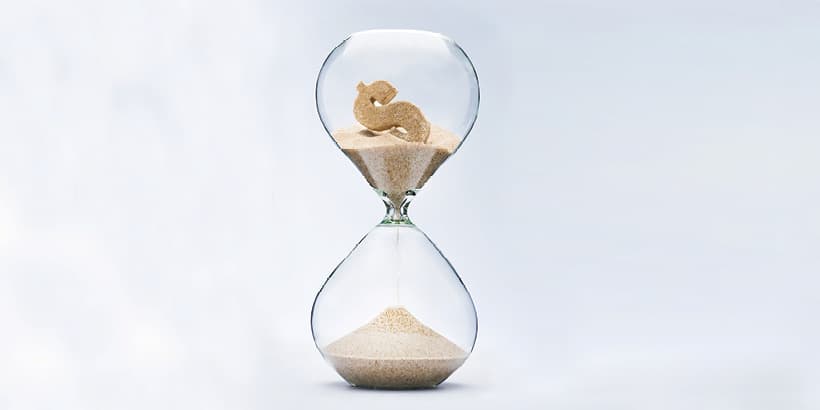 After the 2017 Federal Budget was released, Health Minister Greg Hunt declared the Coalition were “Medi-friends”. AMA (NSW) asks, ‘With friends like these…’?

POLITICALLY-SPEAKING, the 2017 Federal Budget was a huge success. After almost losing last year’s election following Labor’s ‘Mediscare’ campaign, the Coalition was keen to come out with a Healthcare Budget that took some of the fuel out of the fire being launched by doctors’ groups.

And it seems by doing the minimal amount necessary at the slowest pace possible, they have managed to do just that. Health Minister Greg Hunt’s progressive lift of the Medicare freeze was perceived as a move to win back goodwill.

But is something better than nothing? Not everyone agrees. AMA (NSW) President, Prof Brad Frankum called the Budget, a “disappointment”.

After the release of the Budget, Prof Frankum commented, “This is a crushing blow for general practice in NSW and continues to be an ongoing problem for specialists and the patients who need their care in this state.

“This is much less than we would expect from a Government who was serious about quality healthcare and bulk billing to be spending.”

It’s very hard to muster little more than a golf clap for the Government’s glacially slow lift of the Medicare freeze.

The small and incremental increases to the Medicare bulk billing incentive and Medicare rebate hardly amount to what you could call a removal of the freeze.

The Government is beginning by indexing the Medicare bulk billing incentive, which currently stands at $6.15, for children and concession card holders.

If it is indexed in the usual way, this will push the amount paid for the incentive up by about 12 cents.

Even this is limited to children and concession card holders and only then if their GP bulk-bills them – patients who are privately billed will not even see the 12 cents.

“It is deeply disappointing that the Federal Government has constrained its contribution to Medicare in such a way,” Prof Frankum said.

The actual Medicare rebate will only unfreeze for consultations from 1 July 2018, and for operations and procedures from 2019.

There are 113 Medicare items which will stay frozen for another three years – including consultations for mental health plans and chronic disease assessments. Medicare statistics reveal that these items were used more than 23 million times last financial year.

The bigger problem is that the damage is already done, with rebate indexation picking up with incremental rises based on the frozen figure, not based on where the rebate would have been had it been indexed in recent years.

Prior to the 2017 Budget announcement, Christopher Harrison, an expert in healthcare economics at the University of Sydney, calculated the Medicare freeze will cost GPs close to $30,000 this year.

On top of which, the Medicare rebate has not reflected the true price of offering high quality medical care to patients in decades.

Through years of lack of action on the Medicare rebate, successive Federal Governments have helped push the cost of primary healthcare up.

The current Commonwealth Government’s actions on the Medicare rebate in this year’s Budget will not significantly improve affordability for most Australians.

According to the latest ABS figures, 27% of Australians reported delaying to see a GP at least once in the past year, due in part to cost.

And while the promise to end the Medicare rebate freeze falls short, so too does the Government’s underfunded Health Care Homes initiative, the start of which is mainly being funded by “redirected MBS funding”, so it is not even new money.

The Health Care Homes initiative is, at least, recognising that the health care needs of Australians are changing and we need a shift towards ongoing care for chronic conditions.

However, recognition of that fact is not enough – it needs more money behind it and it can’t just be redirected money from the MBS.

In an effort to win support from the medical profession, the Federal Government designed pre-Budget compacts with both the RACGP and AMA.

In its agreement with the Federal Government, the RACGP traded a slow thaw to the Medicare freeze for its support to the MBS Review and the online MyHealth Record system. It also pledged to work constructively with Government on pathology rents; support the Department of Health’s moves to offset MBS debts against future payments; work with industry stakeholders and support the government’s actions to tighten afterhours funding; accept $5 million over 18 months for research into quality practice; and allow non-GPs working under supervision greater access to the MBS.

RACGP President Dr Bastian Seidel said the College signed an agreement with the Minister of Health in the interests of patients and doctors around Australia.

The AMA’s “statement of intent” offers: support for the MBS review; support for the Health Care Homes trial (but with the freedom to suggest improvements or variations); a push for members to use MyHealth Record; support to tighten access to after-hours payments; and an intention to work with Government on pathology rents.

AMA (NSW) has clearly stated that we are not bound by any agreements with Government.

The Federal Government also struck deals with the Pharmacy Guild, Medicines Australia and the Generic and Biosimilar Medicines Association.

And while Opposition Leader Bill Shorten suggested doctors sold out to the Turnbull government by making “cash for no comment” compacts, AMA President, Dr Michael Gannon argued the AMA did not sign an agreement with the Government and hasn’t taken “one red cent from anyone apart from its members.”

On the Bright Side

The Federal Government’s promise to spend more than $170 million on mental health is a welcome announcement, as is Health Minister Greg Hunt’s commitment to reduce suicide and improve mental health among doctors.

During the AMA National Conference, Mr Hunt pledged the Government will invest $1 million in mental health programs for doctors.

His announcement follows the tragic death of Dr Chloe Abbott.

“The case of Chloe Abbott was outlined and I’m aware that many people have been affected by [it].”

He added, “ I am determined to offer a partnership with the government and the AMA for us to provide new investment into caring for carers.”

The $1 million fund will go to the Black Dog Institute, which will be set aside for doctors’ mental health. The organisation, which is based in Sydney, will share the money with services in Queensland, Victoria and regional NSW.